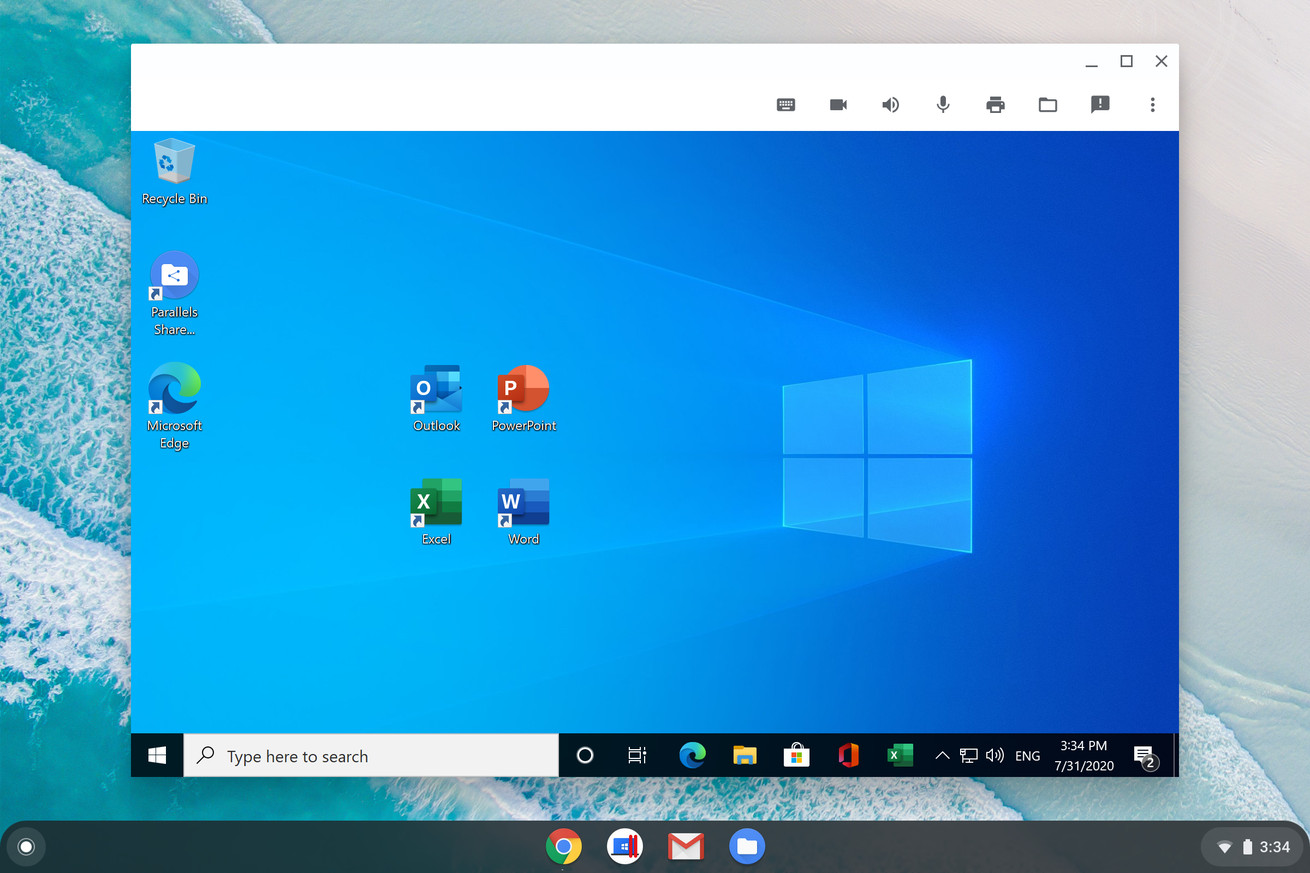 Google is bringing Windows app support to Chromebooks today through a partnership with Parallels. First announced earlier this year, Chrome OS will now boot a full version of Windows inside a virtual machine to gain access to existing desktop apps. It’s designed for businesses, which means only enterprise customers will be able to purchase the app for $69.99 per user.

Parallels Desktop for Chromebook Enterprise will launch a full copy of Windows, allowing Microsoft’s operating system to sit side by side with Chrome OS and Android apps. Chrome OS even redirects certain Windows file types directly to the Parallels instance to make it easier to launch files that you’d typically use a desktop app for.

The integration isn’t as seamless as the Coherence mode that’s typically found in Parallels Desktop, which lets you pin Windows apps to the macOS dock and run them without seeing the full Windows desktop and taskbar. This is an initial 1.0 release, and some of that deeper Chrome OS and Windows app integration will come over time.

You will be able to run multiple full Windows apps inside this Parallels Desktop virtual machine while you’re offline, though. Both Parallels and Google have worked together to enable features like a shared clipboard, shared user profiles, and custom folders. This lets you share files between the Windows instance and Chrome OS and even allow web links in the Windows instance to open the Chrome browser that’s the main part of Chrome OS.

Printers that are supported in Chrome OS will also be available in Windows, but webcams, microphones, and any other USB devices won’t be supported inside Windows just yet. Parallels is working to enable USB peripherals and webcams in a future update.

Parallels Desktop for Chromebook Enterprise will be limited to what Google refers to as “for power usage” Chromebooks. These usually ship with Intel’s Core i5 or Core i7 processors and 8GB of RAM for devices with a fan or 16GB of RAM for fanless models. Most modern Chromebooks will support Parallels, though.

IT admins will be able to use Google’s Admin console to enable Parallels on compatible devices and will require a Windows 10 license to configure devices. Google is also improving how businesses can deploy Chromebooks, allowing devices to be purchased from a reseller and delivered directly to an employee. These Chromebooks will be automatically and securely configured to join a domain when the user connects to Wi-Fi.

Alongside the Parallels addition, Google has recently been making some improvements to the way you use Chrome OS. The Virtual Desks feature in Chrome OS has been updated to make it easier to drag individual apps and windows into virtual desktops that you can switch between. The split-screen view, which is very similar to Windows 10, also lets you arrange apps side by side or move them between external displays now.

Google is now gearing up for its Chrome Dev Summit in December, so expect to hear a lot more about upcoming Chrome OS and Chrome browser features soon.