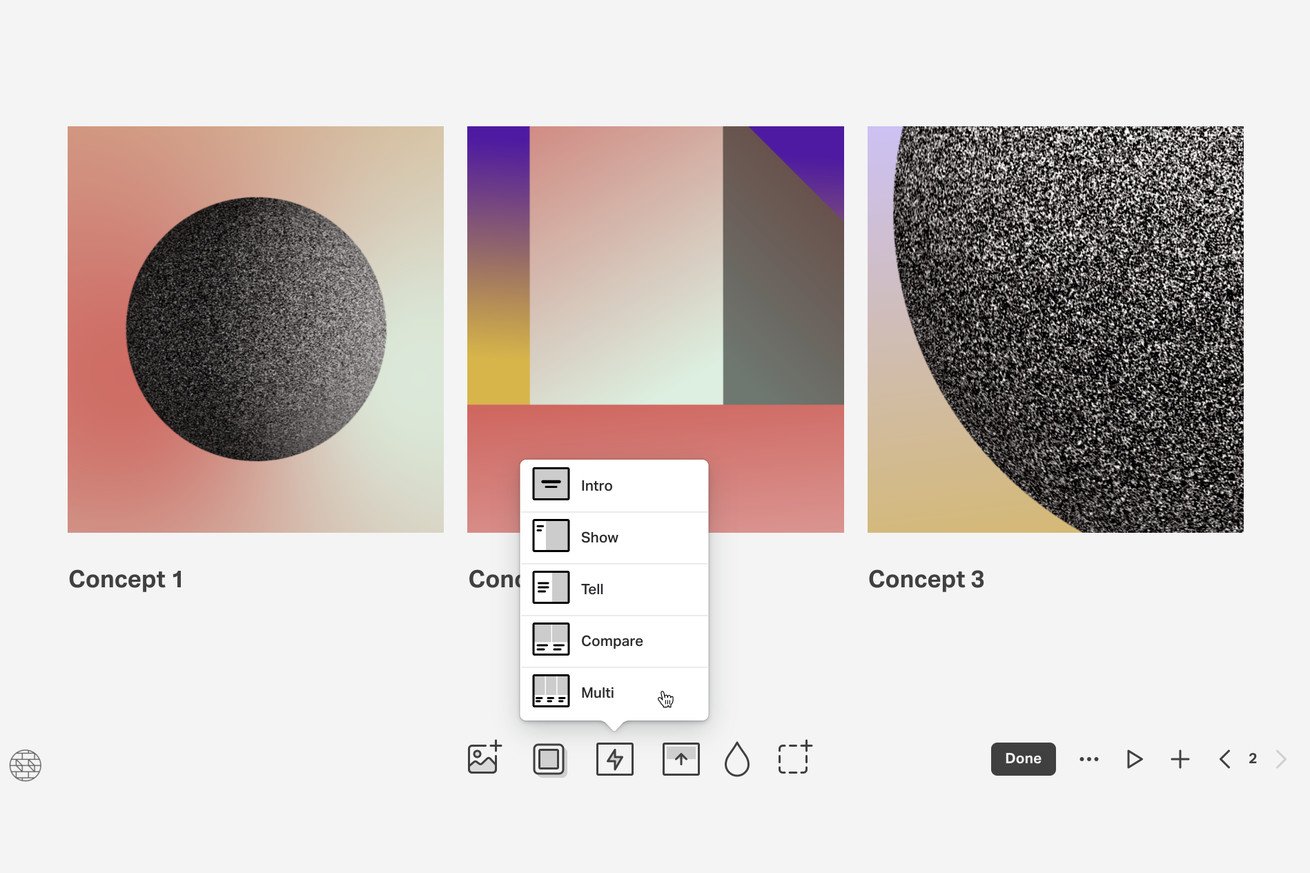 WeTransfer is launching the next version of its Paste slideshow app today with new tools intended to make it easier to quickly build good-looking slide decks.

If you’re not familiar with Paste, the PowerPoint competitor was first released in 2017 by FiftyThree, maker of the Paper drawing and sketching app for iOS. WeTransfer acquired FiftyThree’s assets in August 2018, and now, the company is launching what it calls Paste 2.0.

The biggest change for the Paste 2.0 is its new “layout engine,” dubbed “Bento.” Paste — and other slide deck tools — already offer many options for quick layout changes or preset designs, but the Bento engine can adjust a slide’s formatting on the fly in response to direct tweaks like resizing an image. Georg Petschnigg, a co-founder of FiftyThree and chief innovation officer at WeTransfer, gave me a tour of what Bento can do in a video interview last week, and it looks pretty slick.

In one example, Petschnigg dropped some text onto a slide and then added an image. When he resized the image, it dynamically scaled the text and the layout so they both shrunk as he made the image bigger. Here’s an example of what that looks like in a GIF from WeTransfer:

In another demo, Petschnigg took images in from a grid, pulled them out into four different columns, and added captions under them, which could be a great way to compare images next to each other. Here’s a GIF showing similar functionality to what I saw in Petschnigg’s demo:

With Paste 2.0, you’ll also able to change the backgrounds, layout, and alignment of many slides at once. Here’s a GIF showing that multi-slide formatting:

On the surface, these may not seem like the most exciting updates. But the goal for the new layout engine is to let people focus on just making a good-looking slide deck instead of dealing with “all the minutiae of having to lay everything out by hand,” Petschnigg said. And I can really see how these updates could save you from futzing over resizing every image and adjusting every font when you want to change the design of your slides.

Another key feature of Paste is that it’s designed to be used collaboratively. “Paste, from the ground up, is actually designed for a distributed team to come together very quickly to share their ideas,” Petschnigg said. You can make edits to other people’s presentations, for example, and comment on or drop an emoji reaction to slides. And the product is deeply integrated with Slack.

So the new layout engine, when combined with these collaboration tools, could improve the sometimes arduous process of making a slideshow in partnership with your team.

Paste 2.0 launches today, and you can use it on the web or via the iOS app. An Android app is “not imminently” on the way, Petschnigg said, but it’s “certainly something we’re thinking about.”