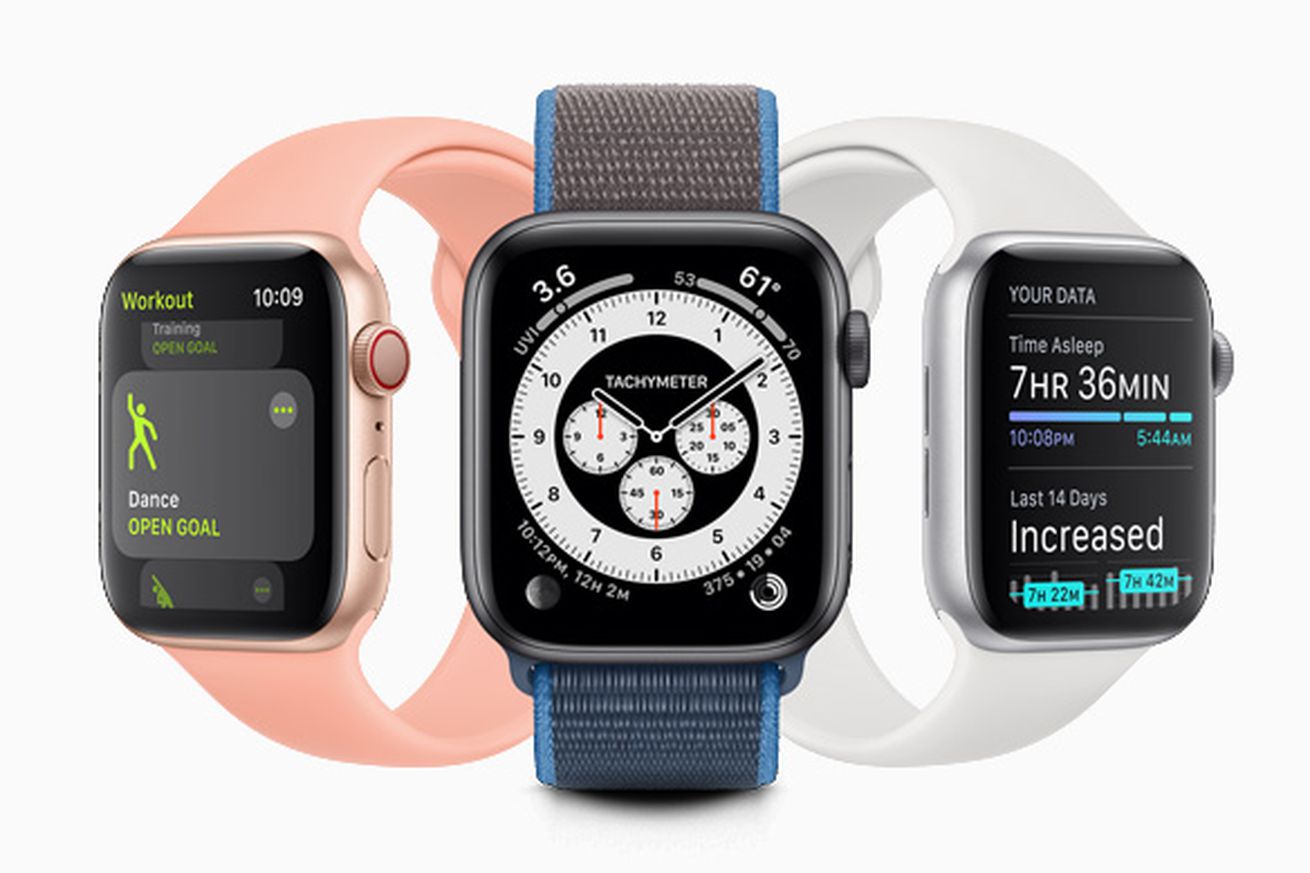 Apple today announced the latest version of its smartwatch operating system, watchOS 7, during its digital-only WWDC keynote. The update comes with some major new additions like a rebranded Activity app, now called Fitness, and sleep tracking.

The update will release this fall for the Apple Watch Series 3 and later, meaning Apple is dropping support for the Series 1 and Series 2. You’ll need at least an iPhone 6S or later running iOS 14 to support watchOS 7.

Sleep tracking is perhaps one of the most requested features since the Apple Watch was first introduced back in 2015. Apple says the native sleep tracking feature will let you set a bedtime and wake-up alarm, using the existing Apple Watch vibration alarm.

A new Wind Down mode will work in tandem with the iPhone to enable a series of app shortcuts for snoozing notifications, setting an Apple Music playlist, turning on a meditation app like Calm, and activating smart home presets through the Home app. Using the Apple Watch as a sleep tracking device does mean you’ll have to charge it at some point during the day.

watchOS 7 will also feature new so-called complications, which is Apple’s term for an on-screen widget on the Apple Watch. Now, developers will be able to enable richer complication combinations — more than one per app on a single watch face for the first time — so users can customize more detailed watchfaces themselves. You’ll also be able to share watchfaces with others, a new feature Apple is calling Face Sharing. These will be available as curated watchfaces in the Apple Watch app store or shareable between individuals or as links on social media sites.

The new watchOS now supports cycling directions and fitness tracking for dance workouts, Apple says. Both are part of a broader activity tracking revamp, as Apple is now bundling all of these features under the new Fitness app and retiring the Activity branding.

A new feature tailored for the current pandemic is a hand-washing detection system. The feature knows when you start washing your hands using both motion and the audio from running water. That enacts a countdown to tell you how long to keep washing to match the amount of time recommended by health officials, while both an audio and haptic notification will let you know when to stop.