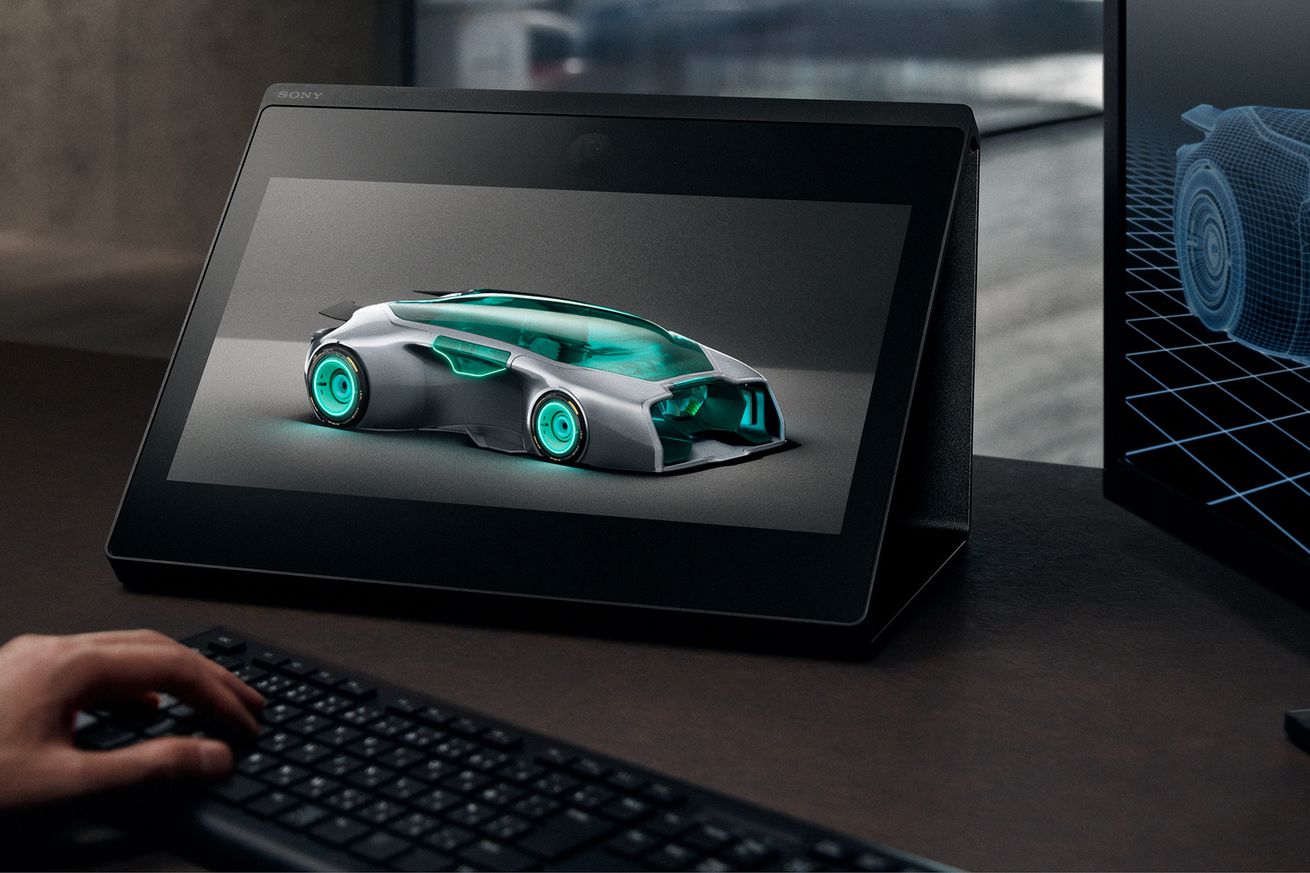 Two days ago, I received a giant heavy metal wedge from Sony. The largest side contained a camera, and a 15.6-inch 4K screen.

I plugged it into a powerful gaming computer, and fired up the first demo. A tiny, intricately detailed Volkswagen Atlas materialized in front of my face — and when I pressed a button, it floated right up out of the screen. A couple minutes later, I was watching a 4-inch tall anime girl dance her heart out inside Sony’s contraption, tapping her feet atop a floor of hexagonal mirrors. It’s the magic of stereoscopic 3D.

The wedge is Sony’s new Spatial Reality Display, and it’s not remotely a new idea — it’s just the industry’s latest attempt to build a so-called “holographic display” for the content creators of the world who’d like to see their digital objects and designs appear in their physical space. Nor is it the least expensive at $5,000 — a 15.6-inch, 4K Looking Glass costs $3,000, and lets multiple people see those images simultaneously.

But Sony says the combination of a high-speed face- and eye-tracking camera, real-time algorithms and extremely fine, precisely adjusted lenticular lenses provide a clearer image than any previous display. And while I don’t have a competitor to try side by side, and I can’t actually show you any examples on your 2D computer screen, Sony’s demoes were mostly pretty impressive.

I have to admit, the illusion is easy to break. You’re looking into a virtual diorama roughly 13” by 6” by 5” by my estimates, and any virtual objects deeper or taller than that will simply get cut off by the edges of the display. If you lean in too close or too far to any side, Sony’s camera can’t track you and the 3D effect can twitch and disappear.

But that didn’t keep me from counting every cobblestone in a beautiful bistro scene, peering into the restaurant with its tiny wooden chairs and tables — each with their own curved metal armrests and individual slats — admiring details like the baskets of plants hanging from the lampposts and strings of colored lights spanning the street, and almost leaning far enough to see through the arch on the right.

Later, I got to gaze upon a Ghostbusters Ecto-1 in all its glory, with a full interior, twin-rimmed steering wheel, loads of gleaming chrome handles and trim reflecting a real-time light source, and 31 fully-functional lights including its spinning blinkers and rocket taillights. That demo (and the display) are also compatible with the Leap Motion for 3D gesture control, though I found it a little touchy.

Most of the demos were built in Unity, though Sony says it has an SDK for both Unity and Unreal, and says it should be easy to port VR content over from either platform. The company says the 500-nit 4K display supports 100 percent of the Adobe RGB color gamut, and while Sony does recommend at least an Intel Core i7-9700K and Nvidia GeForce RTX 2070 Super or better to drive the display, it does come with its own built in 2.1 speaker system that gets fairly loud (and has dedicated volume buttons at the top edge).

Sony says it’s already seeded the new display with engineers at companies including Volkswagen, filmmakers like its own Ghostbusters studio Ghost Corps, and “one of the largest architectural firms in the world” as well. But the company doesn’t want to limit potential adoption to partners — it’ll be opening direct sales to anyone who might want one at its own website in November.

You can also sign up to attend a virtual demo on October 22nd at 3PM ET, though I can’t imagine that will really help make up your mind about a display you need to see in 3D.