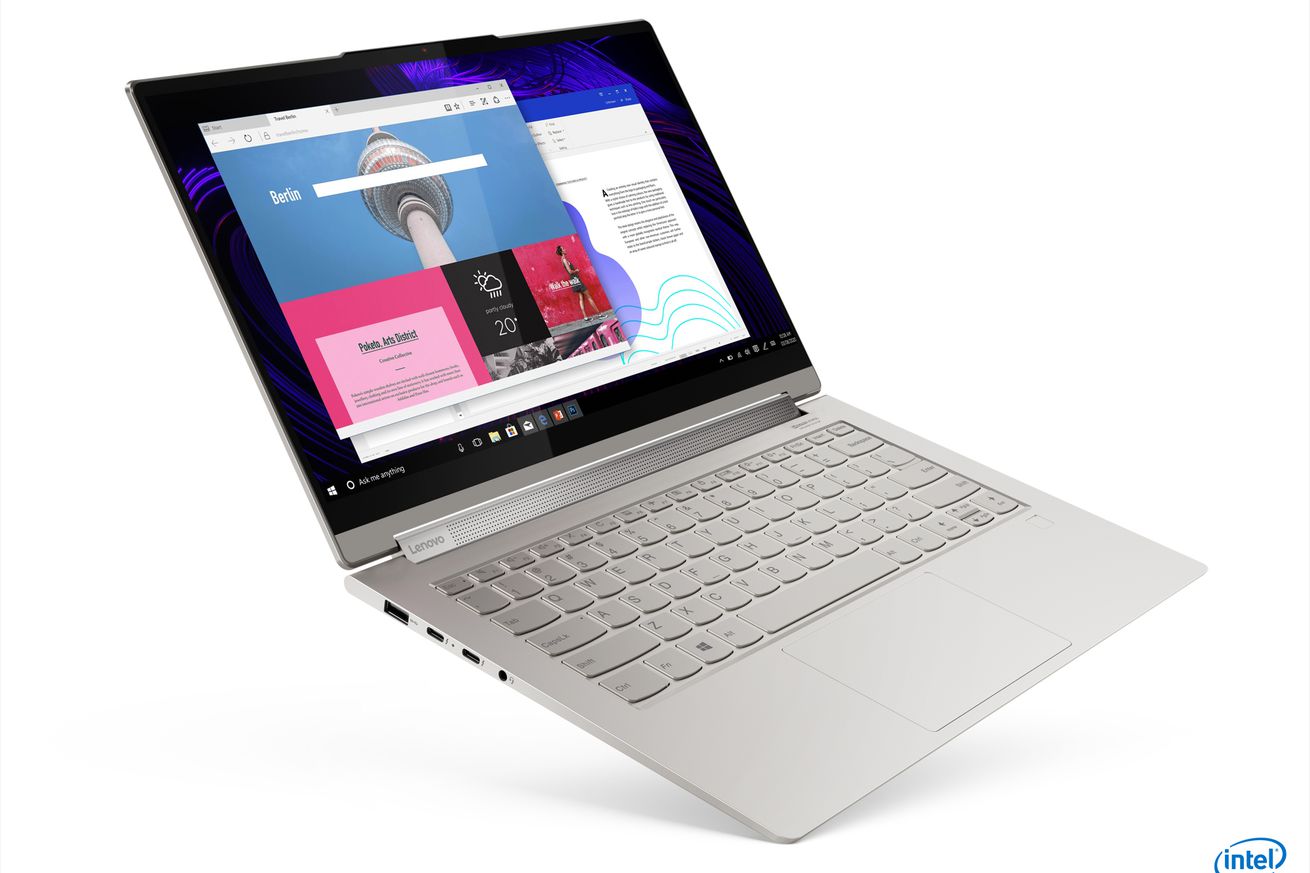 Lenovo has announced a new flagship consumer laptop line, the Yoga 9 series. The line includes the convertible Yoga 9i, which comes in both 14- and 15-inch sizes, as well as a 14-inch, non-convertible Yoga Slim 9i (which will be called the IdeaPad Slim 9i in North America). The Yoga 9i replaces last year’s Yoga C940, which many reviewers praised as one of the best convertible laptops on the market.

The Slim is one of Lenovo’s thinnest and lightest laptops, according to the company; it’s 0.54 inches thick and weighs 2.77 pounds (1.26kg). The 14-inch Yoga is also fairly compact at 3.02 pounds (1.37kg). But their all-aluminum chassis are designed for durability, Lenovo says, and can handle up to 3kg (over six pounds) of pulling force.

They’re also meant to look (and feel) classy. The Slim 9i’s lid is covered in leather, a feature that’s optional on the 14-inch Yoga as well. They’ll be the first leather-covered Lenovo consumer laptops.

All of the leather-covered models include an edge-to-edge glass palm rest, with a touchpad encased beneath — it provides haptic feedback to reproduce the feeling of a click. There’s a fingerprint-resistant coating, Lenovo says, to prevent smudges.

Inside, the 14-inch Yoga 9i and the IdeaPad Slim 9i both have Intel’s upcoming Tiger Lake processors and new Thunderbolt 4 connection standard, which Lenovo says will enable “super-fast” transfer speeds.

Like the C940, the two Yoga 9i models also have a rotating speaker built into their hinge. That feature gave their predecessor significantly better audio than many other laptops in its class. Both also come with a garaged stylus, which charges inside the PC when you’re not using it.

Meanwhile, the Slim has a couple cool features of its own. Its keyboard, called the Smart Sense Keyboard, automatically adjusts its backlighting based on ambient light conditions. And you can hit a physical switch on the side of the device to cut power to the webcam.