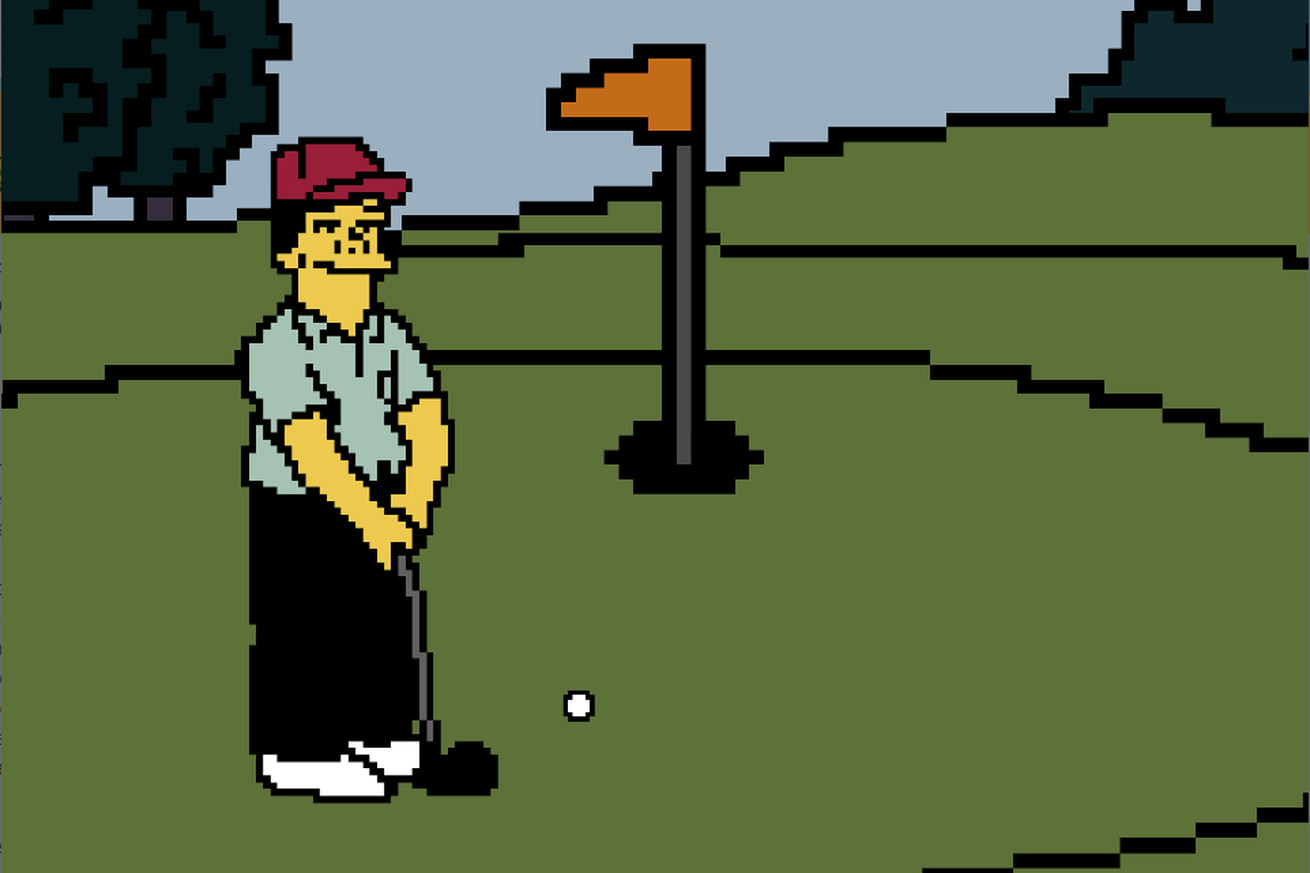 It’s not as grainy as the original, but it’s an otherwise authentic re-make. | Screenshot: Lee Carvello’s Putting Challenge

In season 7 episode 11 of The Simpsons, everyone’s going mad for Bonestorm, the hot new ultra-violent video game loosely based on the Mortal Kombat franchise. Bart wants Bonestorm, but eventually receives a much less thrilling alternative, the golfing — nay, the putting — simulator, Lee Carvello’s Putting Challenge. Now, finally, almost a quarter of a century (!) after the episode originally aired, the game is available to play online in fan-made form.

Putting Challenge is a game where you’re warned away from fun at every opportunity. Make sure you use a putter, its titular protagonist advises. Hit the ball with “feather touch” rather than “power drive.” You get the idea. Reportedly it was based on Lee Trevino’s Fighting Golf, which looks absolutely thrilling in comparison.

All Simpsons fans must check out this fantastic PLAYABLE VERSION of Lee Carvallo’s Putting Challenge by @AaronDemeter https://t.co/QfLLFwN51N

The fan-made remake is the work of Aaron Demeter, who uploaded it to itch.io two days ago. It doesn’t attempt to expand on the version that appears in the original episode, but don’t worry, you can still yeet the golf ball into the parking lot if you ignore Mr. Carvello’s helpful advice. The fan-made version even has the blessing of Bill Oakley, who served as The Simpsons executive producer and showrunner for its seventh and eight seasons.

If you’re anything like me, then you’re probably going to be spending the rest of this week eagerly anticipating the release of the critically acclaimed, and yet undeniable ultra-violent Last of Us Part II. But when the day finally comes, spare a thought for the under 18s of the world who’ll be shielded from the game by parents who’d rather they played something more pastoral.