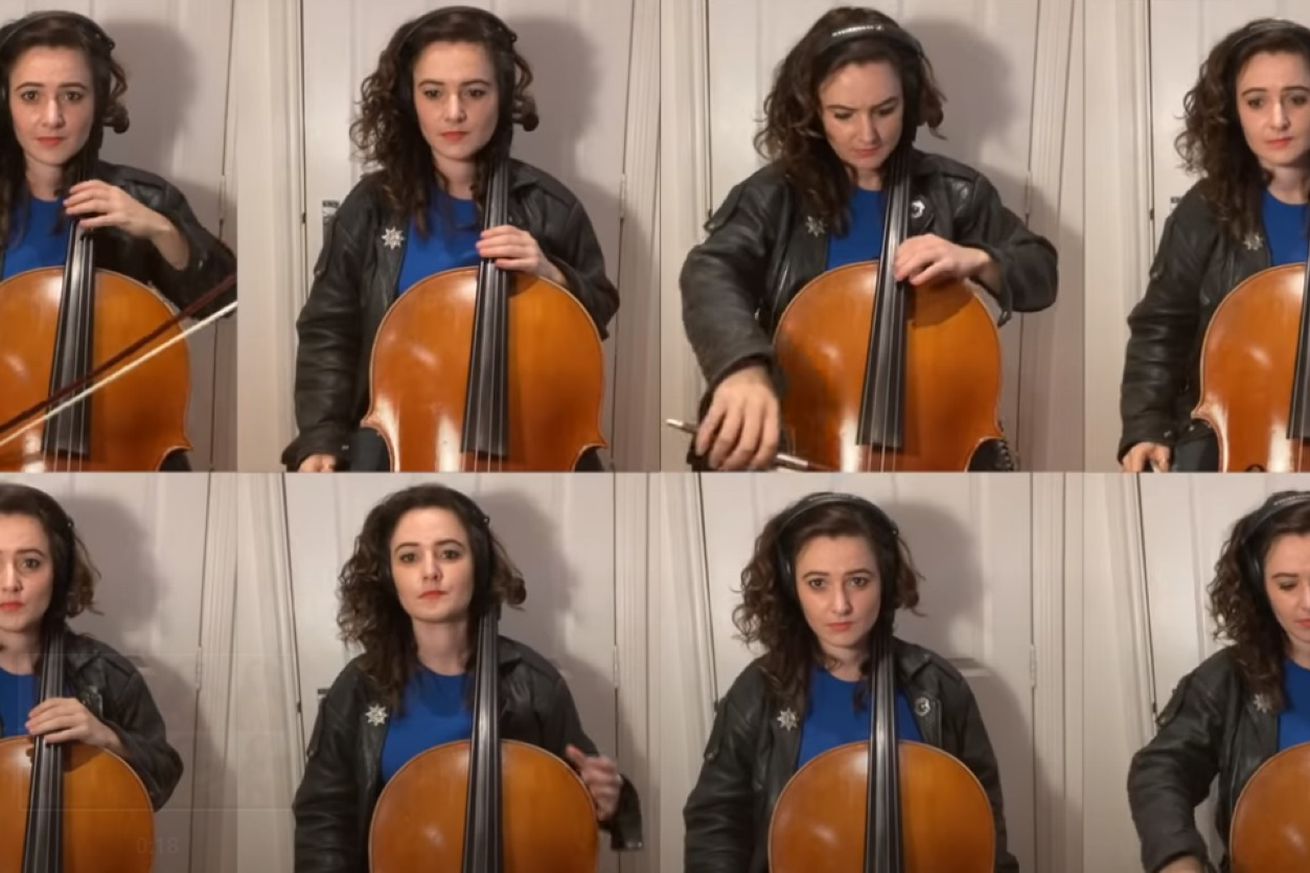 The 1980s show Knight Rider was about a guy who drove a talking car and solved crimes. I think. I (sort of) remember watching a young(ish) David Hasselhoff argue with the car, a 1982 Pontiac Firebird Trans Am named KITT (Knight Industries Two Thousand), voiced by William Daniels. KITT had a Cylon-like red light on its (his?) front grill which made the car seem vaguely menacing. Knight Rider was amazing ‘80s television and as such, had an equally spectacular theme song (sidebar: I would like us to get back to TV theme songs that explain the entire plot of the show either in the lyrics or via a voiceover like this one did. I miss you, 1980s).

London-based cellist Samara Ginsberg, who among other things, produces “virtuoso arrangements of cartoon/film/tv/video game themes” took the Knight Rider theme and made it her own in an utterly incredible video that I can’t stop watching. That’s her, doing all eight parts. Seriously, I am in awe.

For comparison, here’s the original Knight Rider opening theme (ah that 80s synth-pop), for those of you who missed it the first time around:

Ginsberg’s eight-cello/one-woman productions also include an arrangement of the Imperial March (aka Darth Vader’s theme music) from Star Wars (the masks!)…

…and the theme of another 1980s show near and dear to Gen Xers: Inspector Gadget:

Honestly, so many good options to choose from.