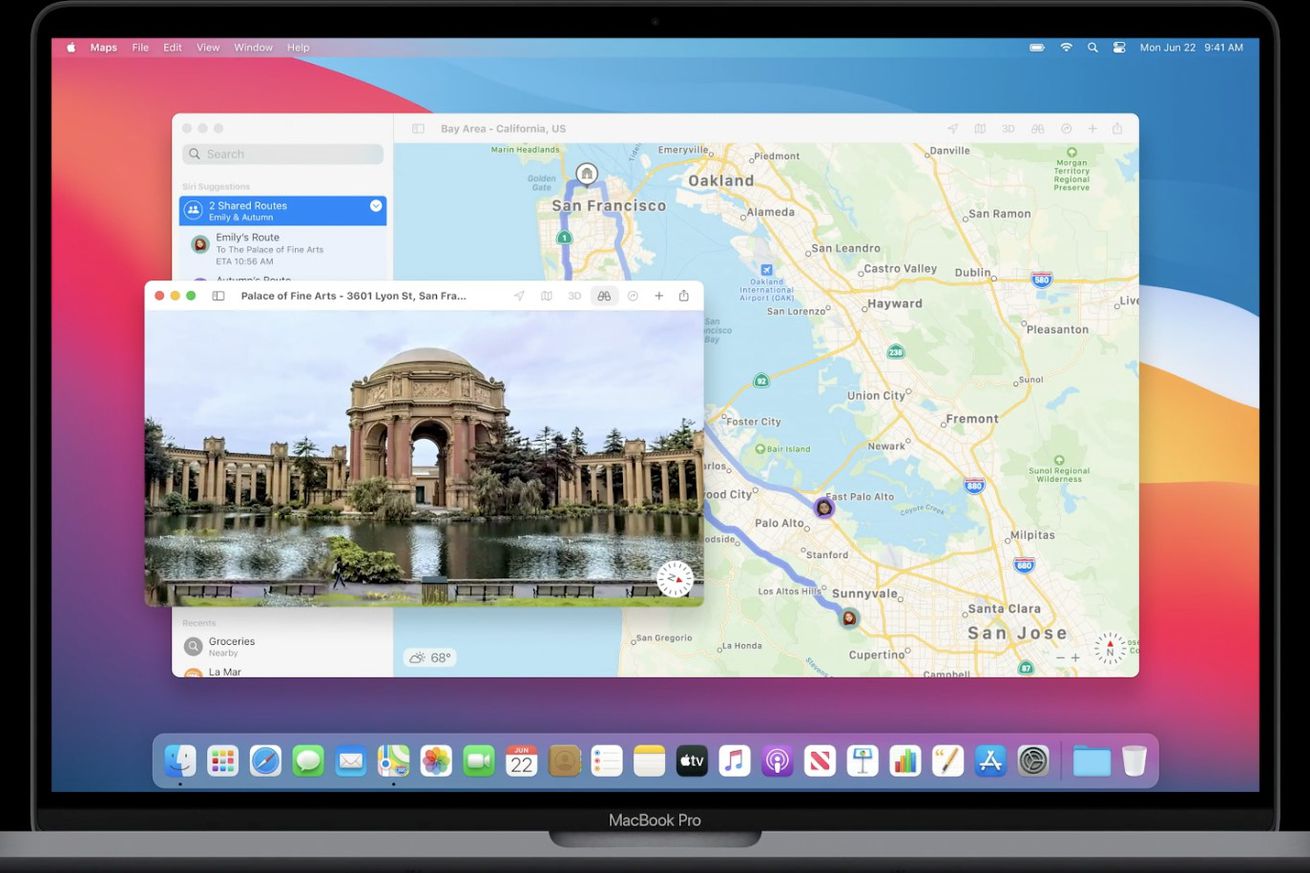 The most famous Apple keynote slide in recent memory is one giant, single word with a period that slammed down with a little puff of dust in 2018: “No.” It was software and engineering SVP Craig Federighi’s answer to the question of whether or not the Mac and the iPad would merge. He used that slide as the introduction to a “multi-year project” that would eventually become known as Catalyst, a way to port iPad apps to the Mac.

Now, in 2020, Apple is taking an even bigger step: it has announced that iPhone and iPad apps will run “natively” on upcoming Macs that use Apple’s own silicon. So while it’s still true that macOS and iPadOS are not merging, there’s another metaphor that Nilay Patel has been using that feels really salient right now: they’re on a “collision course.”

There are multiple, overlapping things to discuss with Apple’s WWDC 2020 announcement for the Mac. Each one is connected to the next and all of them complicate each other in interesting and almost mind-bending ways. Let’s just try to list them out one by one — I think you’ll see how the story gets increasingly complex.

And a brief note: describing complexity often by necessity sounds like it’s a complaint. Stay through to the end — because the not-so-shocking twist is that I am basically sanguine about the future of apps on the Mac.

Alright, let’s do this.

1. The ARM transition. Within two years, all of Apple’s new Macs will use Apple’s own silicon. Intel Macs will continue to be supported for the foreseeable future — and some new ones will even be released this year. The ARM transition presents a series of complicated decisions for both users and developers.

In the run-up to this year’s WWDC, I have written about the ARM transition a couple of times. I recently noted that there were a lot of pitfalls that Windows fell into with its ARM version — and I am happy to say I think Apple might avoid most of them. Apple’s solution for developers is a mix of recompiling their apps in a relatively easy way or letting those apps run through a code translation layer called Rosetta 2. The latter seems as though it might be fairly fast — but of course it’s too early to really say.

Another thing I was worried about was clear and transparent communication with developers. On that front, it seems as though Apple is giving developers the right tools to convert their apps to ARM and also to make them work as “Universal” apps that are also compatible with Intel.

That’s clear enough, but then Apple threw a shocking variable into the mix.

2. iOS apps running natively on the Mac. Apple spent surprisingly little time on this given what a monumental shift it could be for the Mac ecosystem. The iOS app ecosystem absolutely dwarfs the number of apps on the Mac. And, crucially, they don’t work like Mac apps.

Since we are still years away from ARM-based Macs becoming a majority of the current install base, some of this complexity won’t come into play for a while. iOS apps just won’t work on Intel Macs, after all.

But look four or five years out when there is a plurality of Macs running on Apple’s silicon. Say you’re a developer. Do you make a “native” Mac app that looks, acts, and feels like a traditional Mac app? Do you make a web or Electron app (Apple, after all is contributing to the Electron project to help optimize it for ARM)? Or do you simply see that you can make an iPad app and you’ll get it in the Mac App Store for free, no extra work required at all?

Of course, there’s one more option. It’s an important one, because it seems like it’s meant to teach everybody what it means to have iOS apps on the Mac between now and that strange future.

3. Catalyst. It’s still around. It’s still a set of largely underwhelming apps that don’t quite feel like they fully belong as native Mac apps. Only now Catalyst apps are fully in a strange, middle zone. They’re iPad apps with a little extra work put in to make them more Mac-like, but to date I’ve yet to see a single one that feels fully Mac-like.

Catalyst has been distressing to Mac fans precisely because apps made with it feel just a little bit off compared to traditional Mac apps. I think Catalyst is even more confusing now, because the extra work required to make a Catalyst app feel like it belongs on the Mac is extra cost that may be better spent on any of the other options we’ve been discussing here.

Besides, why put in the work of making your iPad/Catalyst app feel more like a Mac app when Apple is doing quite a bit to make the macOS itself feel like an iPad?

4. macOS Big Sur, which is also macOS 11. Apple characterized it as the biggest change since at least the OS X transition and therefore deserving of a new number. I don’t think that’s hyperbole. Particularly relevant for this discussion isn’t the ARM support but the redesign. Big Sur looks different. Big Sur looks very iPad-y.

The notifications look just like iPhone notifications. There’s a Control Center in the menu bar that is full of buttons and sliders hand-to-god look like they’re designed for touchscreens instead of mouse pointers. From the iconography to the size of window navigation bars, the whole thing feels like it was designed to make iPad and iPhone apps feel a little more at home.

There is another company that faced nonstop questions about whether or not its desktop and mobile operating systems were going to “merge.” That company is Google, and it too insisted that it had no plans to merge Chrome OS and Android. And it never has. Instead, it put Android inside of Chrome OS. The execution was (and is) lacking, but the basic premise is still sound: it’s convenient to have mobile apps on your desktop, even if they feel a little different.

Are macOS and iPadOS merging? “No.” macOS isn’t merging with iPadOS, it’s subsuming it — just like Chrome OS did with Android (well, hopefully better).

There is a way to read a nightmare scenario into all this complexity. It’s a world where there’s no such thing as “Mac-like” anymore because the Mac will have evolved to support so many different ways of making apps and so many disparate user interfaces that it’ll basically be, well, Windows.

In that reading, the dream — the original dream — of the Mac is at risk. The dream of a graphical user interface that’s beautiful, predictable, and fun. One that’s consistent across all apps so you don’t have to re-learn your keyboard shortcuts. One that’s elegant because it’s so easy for developers to make apps that feel like they fit.

I’m also not worried about the original dream of the Mac. Someday, all this confusion will be resolved and things will feel consistent again. Given the design direction Big Sur has taken and where the app winds are blowing, my money is on that consistency coming from an iOS/Catalyst takeover, for better or worse.

The original dream of the Mac hasn’t gone away. You can buy a product today with a graphical user interface that’s beautiful, predictable, fun, and consistent.