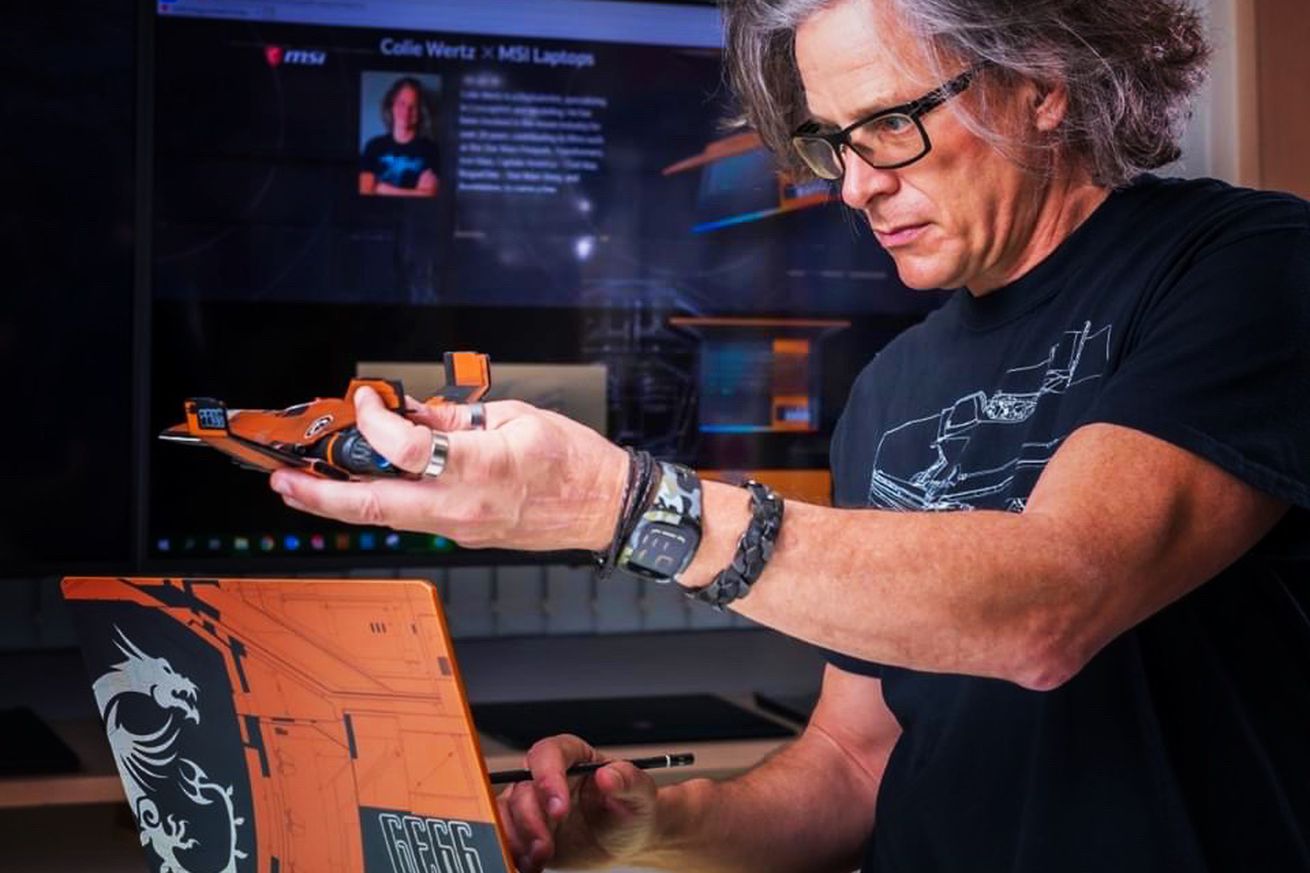 It was not too long ago that most gaming laptops were bulky, garish desktop replacements full of flashy RGB nonsense. The first Razer Blade, released in 2011, was almost seven pounds and it was considered sleek for the time.

The last few years have seen many popular laptops converging on similar design trends. Bezels are shrinking, screens are growing, and chassis are getting thinner and lighter. But few tech product categories have seen such a radical transformation as gaming laptops in the past few years. The introduction of Nvidia’s Max-Q platform in 2017 allowed gaming laptops to run AAA titles in thinner form factors than we’d ever seen before — and AMD’s Ryzen 4000 series has upped the ante even more. With shrinking chassis have come more subdued aesthetics.

For many, that’s a good thing; it makes laptops more versatile and more acceptable to act as work, school, and productivity devices. But what about folks who want portable machines, but still want to show the world that they’re using a gaming laptop?

Asus had one solution with the light-up AniMe dot matrix that adorns the lid of some Zephyrus G14 models. MSI has another: the GE66 Raider Dragonshield Edition, a 5.25-pound 15.6-inch gaming rig designed by artist Colie Wertz. Wertz thinks that as laptops trend toward subtler form factors, designs like his can help gaming enthusiasts continue to assert their identities.

By day, Wertz is a concept artist and modeler for film, TV, and games. He’s worked on just about every recent space-adjacent thing you might think of — Star Wars, Transformers, Bumblebee, The Mandalorian, Dune, and more. He’s not a laptop designer by trade, but he fell into the job after meeting a group of MSI designers at Computex 2018 and walking them through his creative process. He doesn’t just draw a spaceship, a car, or any other piece of machinery he’s designing, he told the team. He develops its history; he works its backstory into every detail. The engineers didn’t see why a similar approach couldn’t be applied to a gaming laptop, and they invited Wertz to design one.

So Wertz came up with the Dragonshield. “I proposed that we give the laptop a backstory,” says Wertz in an interview with The Verge. “What I do in my daily job is I give things backstories and root them in either reality or a reality we can buy into. That’s how the Dragonshield idea came to be.”

The Dragonshield, in Wertz’s mind, is a panel that has fallen off a spaceship and landed on Earth. “It’s not an old, beat-up spaceship,” he clarifies. It’s “very refined — there’s no dirt painted into the paint.” Wertz began by sketching out the ship on a Post-it note. He obviously couldn’t turn that into a real ship, but he used the next best thing — a 3D model — to make it feel real.

His original lid design had MSI’s logo (a shield with a dragon on it) in the center, as it is on the company’s other laptops. But as he continued working on the spaceship, Wertz decided that a massive, partial shield on the side of the lid would make the laptop look more like a real panel — it would better fit the story.

The bright orange hue was another deviation; you don’t see orange laptops every day. “I like orange and it’s a popular industrial-design color. It kind of says ‘This is a prototype,’” Wertz says. “So I showed the orange one … totally expecting these guys to go ‘Nope, we need it to be red,’ and then they said ‘No, we like the orange.’”

The Dragonshield isn’t the only adventurous color choice MSI has made in recent months — the company released a hot-pink model of its Prestige 14 in February, and its upcoming Modern line comes in a range of bright shades.

Throughout the design process, Wertz was thinking of his audience. Laptops are such commonplace products, he believes, that there’s no reason they shouldn’t reflect your personal style in the way that clothing and accessories can. “The computer is such a valuable part, an inescapable part of all our lives now,” he says. Manufacturers, he thinks, should “cater to their lifestyle, versus their computing needs.”

In the case of gaming enthusiasts, that can mean a bold lid. “I knew that it was going to be higher-end gaming,” Wertz says. “Our technology has gotten to a point where our internals are small, we can cool them enough. And we’ll still be able to say on the exterior ‘This is a gaming laptop.’”

“If you’ve ever been around gamers or creatives, they love to have the latest, greatest little toy,” he adds. “And this is a limited-edition toy.” The Dragonshield can ship with a model of its spaceship of origin as well, in addition to a matching mouse and mousepad.

“This is a limited-edition toy”

As I noted in my review of the GE66 Raider Dragonshield Edition, nobody needs it. But people own lots of things they don’t need, and the ultimate purpose of a gaming laptop (for most people) is fun. That’s Wertz’s goal as an artist: to make things fun. “Why can’t you give someone like that something extra, a little backstory or something to project their personality with?” he says. “We’re going to show you how to do what you want to do with a little more of a smile on your face.”