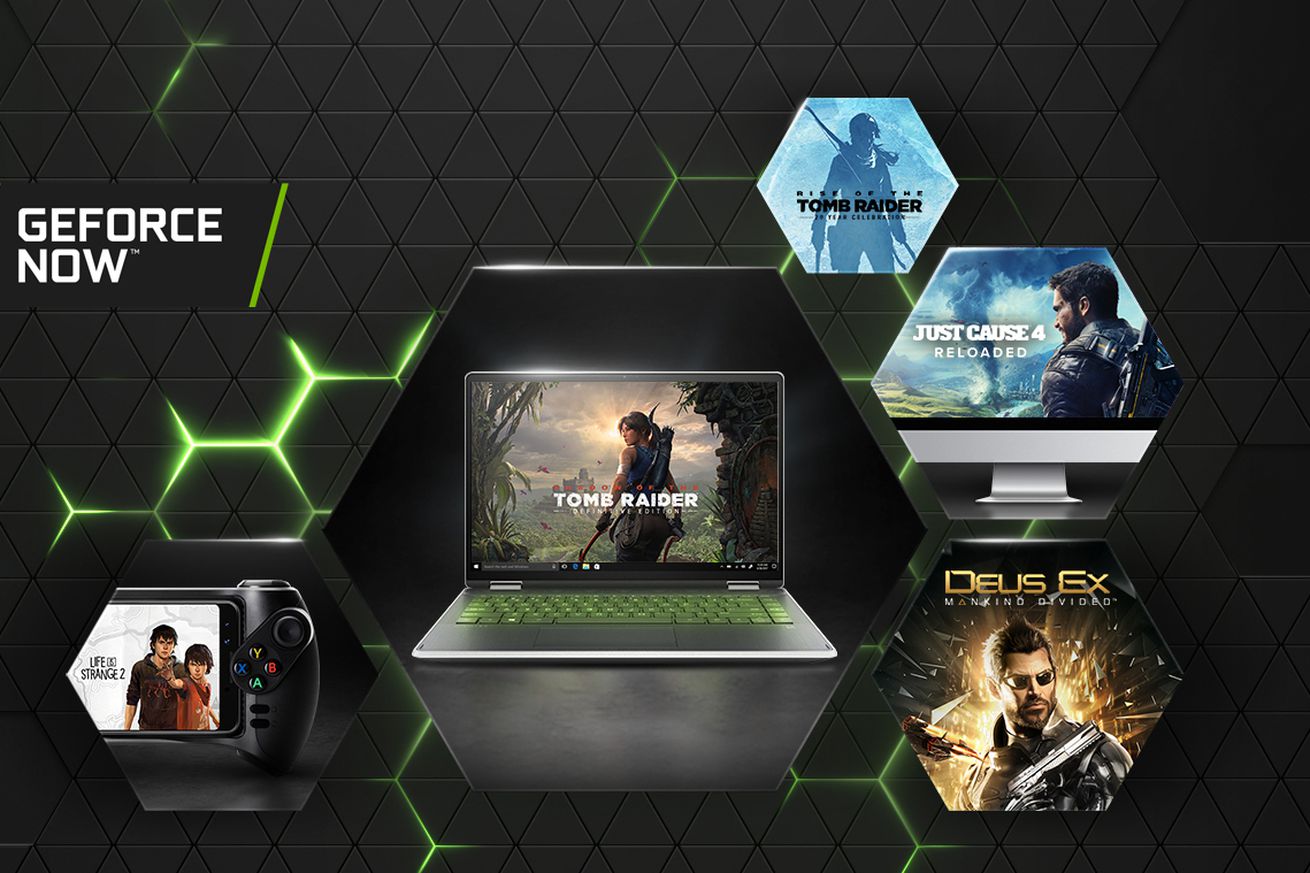 Select Square Enix titles are returning to Nvidia’s cloud gaming service GeForce Now, Nvidia announced on Thursday. The new library of Square Enix games consists of 14 PC titles, including the most recent entries in the Deus Ex and Tomb Raider reboot series. Square Enix was one of the earliest game publishers to pull its library of games from GeForce Now when Nvidia launched its paid version back in February, and some previously supported games will still be missing, like the Batman: Arkham series, Nier: Automata, Final Fantasy XV, and Octopath Traveler.

Nvidia tells The Verge that Square Enix is returning to the platform thanks to its opt-in program, which it put in place last month. Now, if a developer wants its games on GeForce Now, they have to explicitly agree to letting Nvidia provide access to them through its cloud gaming platform. Nvidia gave all developers a May 31st deadline for opting into the platform or else it would remove access to the games. Yet Square Enix had already pulled its titles from the platform prior to the announcement.

The opt-in program was a way to appease publishers and developers after the launch of the paid tier of GeForce Now, which caused controversy for making users’ Steam purchases available through a cloud server in many cases without the permission of the rights holders. Many of the biggest publishers, like Activision Blizzard and Bethesda Softworks, pulled their games from the program, displeased that Nvidia was providing access to their copyrighted content without their permission and, presumably, without cutting a specific deal that would compensate the publishers in some way. Google, for instance, requires users purchase separate copies of games to play on its Stadia platform.

Consumers, on the other hand, have largely had the opposite opinion. Many GeForce Now users think they should be able to access their purchases on whatever platform they choose, including a cloud gaming one, and that publishers shouldn’t have a say on whether a purchased game is streamed over the internet by another company. But Nvidia works closely with many game publishers and developers for its graphics card business and doesn’t appear interested in picking potential legal fights with its industry partners.

That’s how we’ve arrived at the compromise of an opt-in program, which seems to be working nicely for Nvidia and those publishers and developers that decide to participate. Nvidia says its platform offers access to more than 2,000 games from major publishers like Electronic Arts, Epic, Riot, Ubisoft, and Valve.