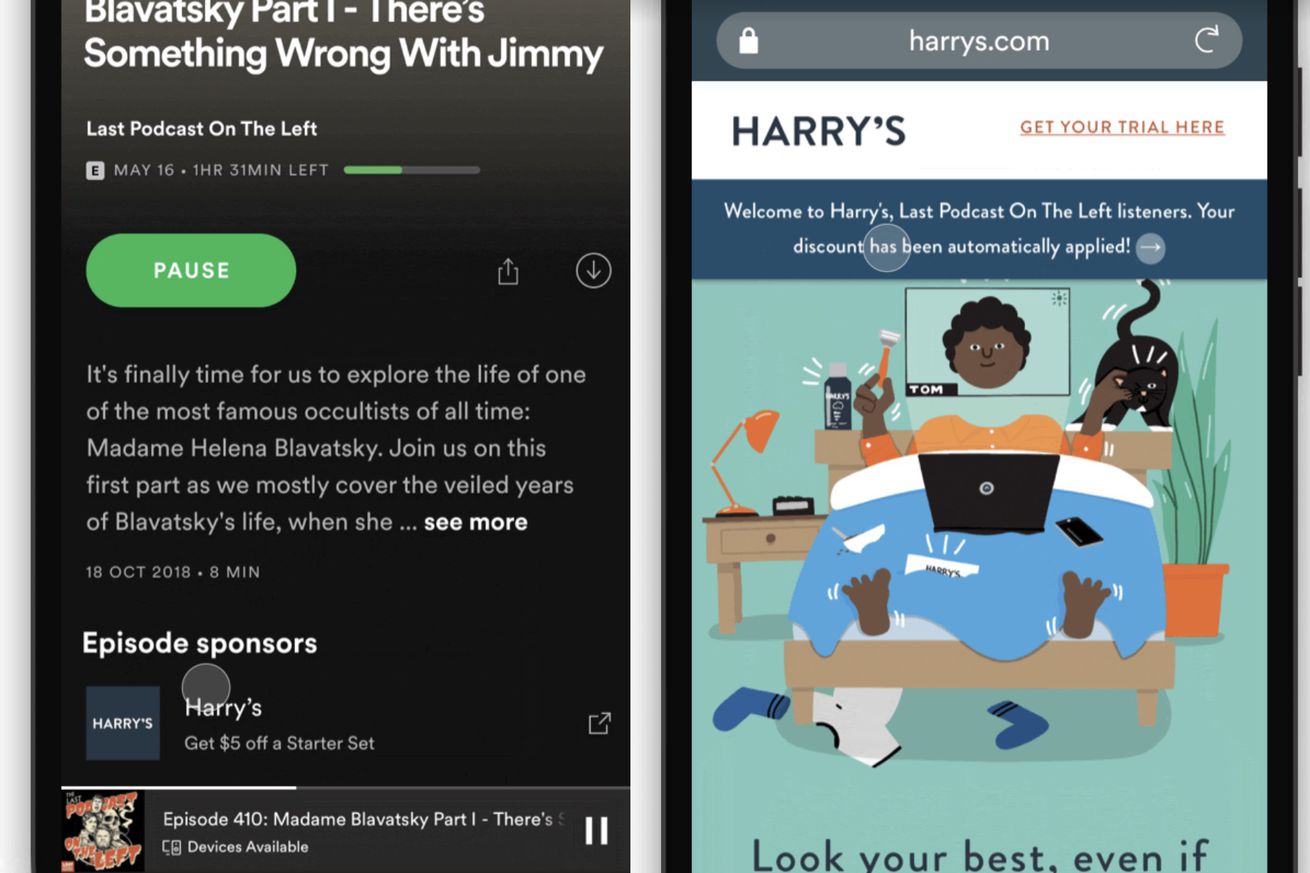 Spotify wants to ensure you never forget a podcast advertiser’s promo code again. The company announced today that it’s testing a new feature called “In-App Offers” that give podcasts the ability to keep an embedded link on their episode pages that, when tapped, leads to an advertiser’s webpage. That webpage will automatically load with the promo code inserted. This way, people don’t have to remember podcast ads’ promo codes or go out of their way to find an advertiser’s website.

The new feature is apparently just the start for Spotify’s interactive ads. The company is looking for ways to “create more of a direct funnel for brands,” like bringing people to their website with a promo code automatically inserted, Jay Richman, head of ads business and platform at Spotify, tells The Verge.

“I think you could start to then piece together what a potential roadmap could look like, just based on the model with which we view this opportunity,” Richman says. “So, it is one step in a larger innovation path to productize the coupon code.”

The test is first launching with Harry’s in the US on the podcast Last Podcast on the Left and with Hello Fresh in Germany on the podcast Herrengedeck. The interactive tool will only be live on each episode page for as long as the campaign runs, and not all listeners will see it.

Spotify launched its Streaming Ad Insertion technology, or SAI, in January, which inserts ads into podcasts as people listen to them. This means ads are targeted based on a person’s demographics and other data points in real time. As part of today’s news, the company says it’s expanding that technology to additional advertisers in the US and to select advertisers in Germany. SAI is only used on Spotify’s own, exclusive shows right now, and a spokesperson says they have 100 monetizable shows.

Of course, making this technology available to only Spotify shows could encourage advertisers to spend money on the company’s programming over others. This could lead to a world in which advertisers aren’t spending as much on shows outside Spotify’s purview, or if Spotify opened the technology up to outside shows, it could take a cut of revenue from those ad sales.