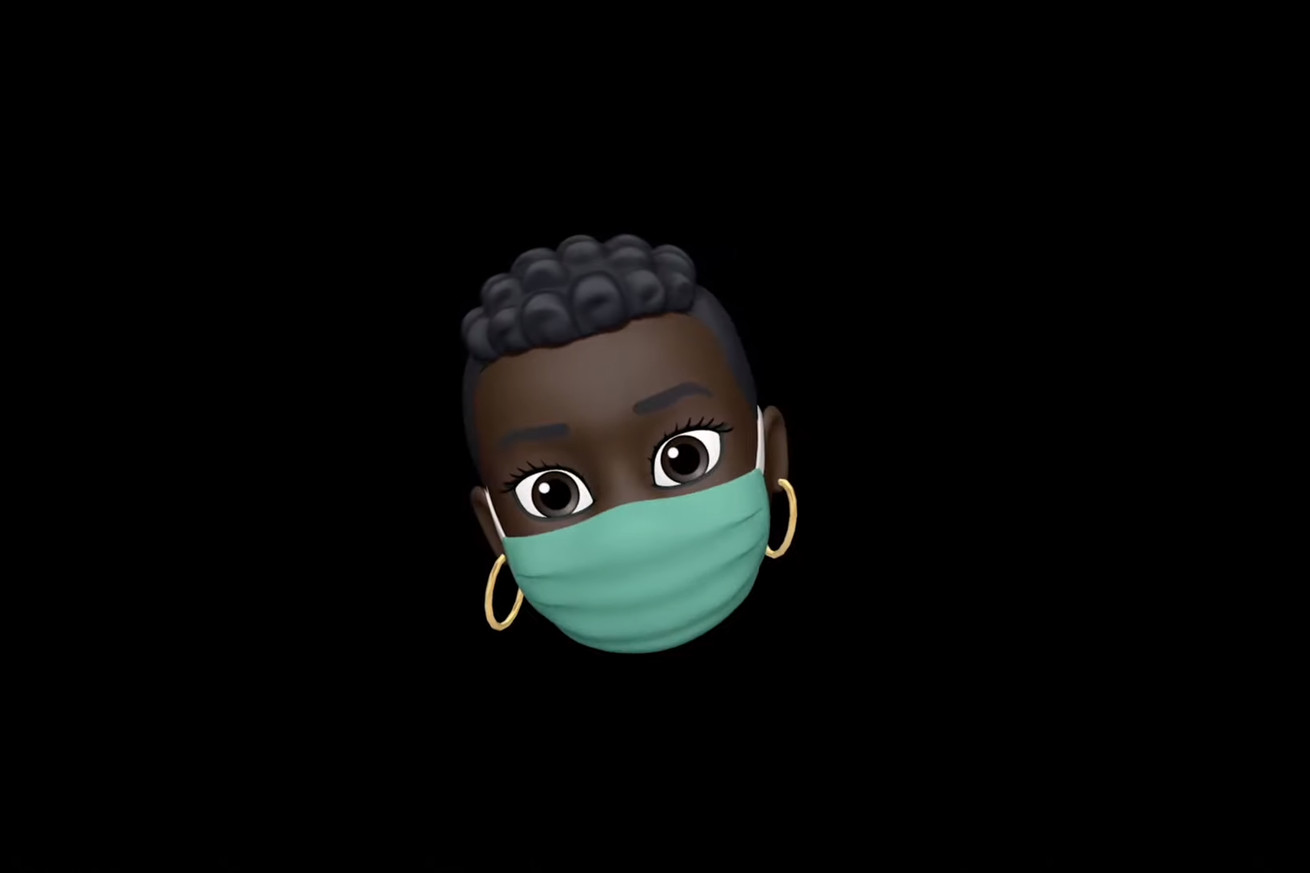 Memoji can now be customized with face coverings. | Image: Apple

The COVID-19 pandemic has affected nearly every facet of our lives, so it’s only natural that it would impact more than one of Apple’s product announcements at yesterday’s WWDC. Whether it’s the Apple Watch’s handwashing feature or the new face mask options for Memoji, the pandemic’s presence was repeatedly felt during Apple’s presentation. And let’s not forget, its entire prerecorded streaming format was driven by the pandemic in the first place.

In some cases, Apple’s announcements seemed to come in direct response to the pandemic, but others, like bicycle directions for Maps, were almost certainly in development prior to COVID-19. They just happen to be releasing at a time they’re needed most.

Apple has already made at least one change in response to the pandemic. Last month, with iOS 13.5, the company made it easier to unlock your Face ID-equipped phone if you’re wearing a mask. This is also the same iOS update that included support for Apple’s and Google’s contact-tracing API.

Here are the biggest ways the COVID-19 pandemic was on display at Apple’s Worldwide Developers Conference:

Let’s start with the obvious one: the Apple Watch is being updated to encourage you to wash your hands properly. We’ve seen similar features added to Samsung and Wear OS smartwatches, but Apple is claiming that its Watch is the first to automatically detect when you’re washing your hands.

It does this by analyzing your hand motion using machine learning and listening to confirm the sound of running water. Then, it’ll display a countdown timer and alert you when you’ve washed your hands for the recommended amount of time. If you try to stop early, it’ll prompt you to carry on.

As COVID-19 spread around the world, face masks quickly emerged as a simple yet effective way of reducing transmission. Now, as countries are reckoning with how to allow businesses to open up post COVID-19, many are requiring people to wear face masks. They’re now required on many domestic flights in the US as well as in some theater chains.

So it makes sense that Apple would add them as a Memoji customization option. During its WWDC presentation, the company showed off a Memoji wearing a green medical face mask, a color you can customize, according to the release notes for iOS 14.

Cycling directions aren’t something you build at the last minute, but they’ve been missing from Apple Maps for so long (Google Maps added them in 2010) that it’s still a wonderful coincidence they’d launch during the pandemic, just as interest in cycling is booming. Social distancing rules are difficult to maintain on public transport, so cycling is being promoted by cities as a healthier, more environmentally friendly alternative for getting around. The amount of time Apple spent on the feature during its presentation shows how important cycling has suddenly become.

With iOS 14, Apple Maps is getting updated with cycling directions for New York City, Los Angeles, San Francisco, Shanghai, and Beijing. You’ll see elevation changes along your route, and the app can suggest times when you might be better off walking your bike up and down some stairs rather than cycling the long way round. A screenshot of the functionality shown by Apple shows that the app can give you a choice between faster and less busy routes.

Micromobility sharing services are another way to avoid public transport, and with iOS 14, Apple has introduced a feature that should make it easier to rent shared vehicles like e-scooters regardless of what brand you stumble upon. App Clips are a means of getting a small portion of an app onto your phone in seconds without having to go through the normal process of downloading it from the App Store. At WWDC, Apple specifically demoed it being used to unlock and rent an e-scooter.

App Clips are a big feature that Apple envisions being used for everything from paying for parking to ordering coffee in a shop without having to interact closely with other humans. It looks like a feature that Apple was going to introduce regardless of the pandemic, especially after Google’s Instant Apps for Android launched in 2017. But as companies like Starbucks turn to mobile ordering systems to help with social distancing and contactless payments, App Clips could help with many more aspects of our post-coronavirus lives.

It’s no secret that the pandemic has made messaging and video communications apps more important than ever, and we’ve already seen multiple companies introduce new features in response. WhatsApp and Google Duo have increased the maximum number of participants you can have in a call, Google has made its Meet videoconferencing service free for anyone with a Google account, and Zoom has become a household name.

In a similar vein, Apple’s services are receiving a series of updates that should make them more effective communication tools, which will be especially helpful during the pandemic. Messages, for example, is getting better support for group chats in iOS 14 and macOS Big Sur. You’ll be able to respond to specific messages in a chat and call people out by name — two features that are critical for facilitating communications with large groups. iOS 14’s new picture-in-picture options will also make it easier to multitask while on FaceTime calls. While on a call, if you swipe up to go to your home screen, the call will minimize to a small picture-in-picture mode and continue playing, even when you open another app.

The presentation as a whole

Of course, the online-only format of the presentation was probably the single biggest way the pandemic was on display at WWDC. Rather than opting for an onstage demonstration in the style that the company has been using for decades, COVID-19 forced Apple to reinvent its approach, with individual presenters describing and demonstrating its software across various locations.

At the end of the presentation, Apple took a moment to detail its commitment to health and safety during filming. Face coverings were worn by everyone on set aside from the on-camera presenter, social distancing measures were observed, and Apple says that when multiple presenters were featured, they were isolated from one another.

It was a refreshing change for a company that’s used the same approach for its demonstrations for years, dating back to the time of its late co-founder and CEO Steve Jobs. To me, it felt like a change for the better. The whole presentation was slick and densely packed with information, even if a little atmosphere may have been lost due to the lack of a live audience.

It was a refreshing change of pace, and I’d like to see at least parts of this style stick around even when it’s safe for Apple to do public presentations again.