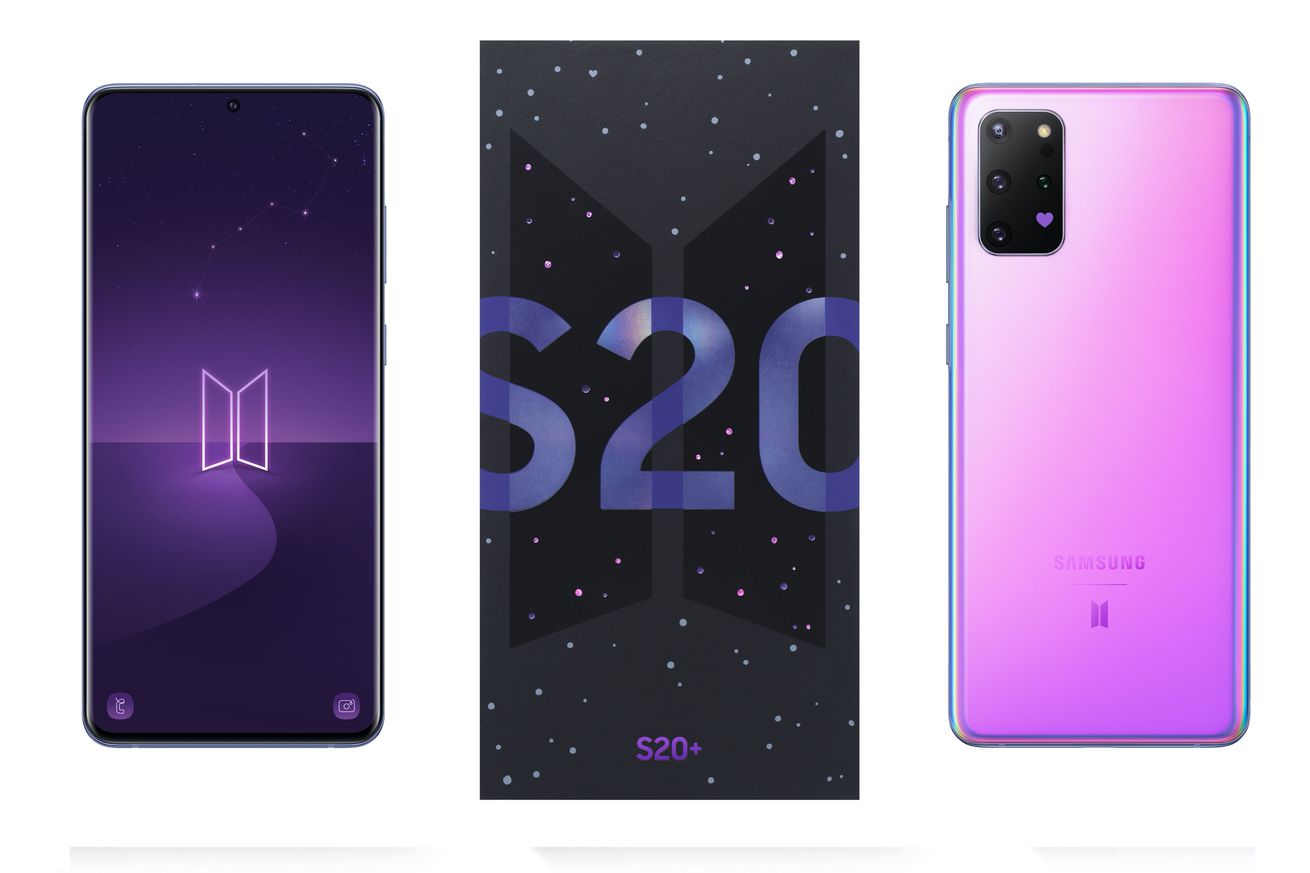 Samsung is no stranger to themed special-edition smartphones, having offered Galaxy phones emblazoned with Batman logos and Star Wars themes in the past. The latest collaboration is a Galaxy S20 Plus BTS Edition, with a matching set of Galaxy Buds Plus to go with it.

The Galaxy S20 Plus BTS Edition looks like Samsung’s regular flagship, but with a unique iridescent purple exterior (the color is heavily associated with the K-pop group) that has a BTS logo on the back and the band’s heart iconography on the camera array.

The BTS Edition of the phone also includes BTS-inspired Android themes, along with a preinstalled copy of the Weverse app (a social media platform used by BTS band members to communicate with fans and share content). Lastly, photo cards of the band are included in the similarly BTS-themed box.

The Galaxy Buds Plus BTS Edition, on the other hand, are purely a cosmetic change, switching the standard hues for a pair of BTS-purple earbuds and a charging case, along with decorative BTS and heart icons on each of the earbuds.

The BTS Edition Galaxy S20 Plus and Galaxy Buds Plus will be available on Samsung’s website and Amazon starting on July 9th — the seventh anniversary of the BTS ARMY fan collective — with preorders beginning on June 19th.