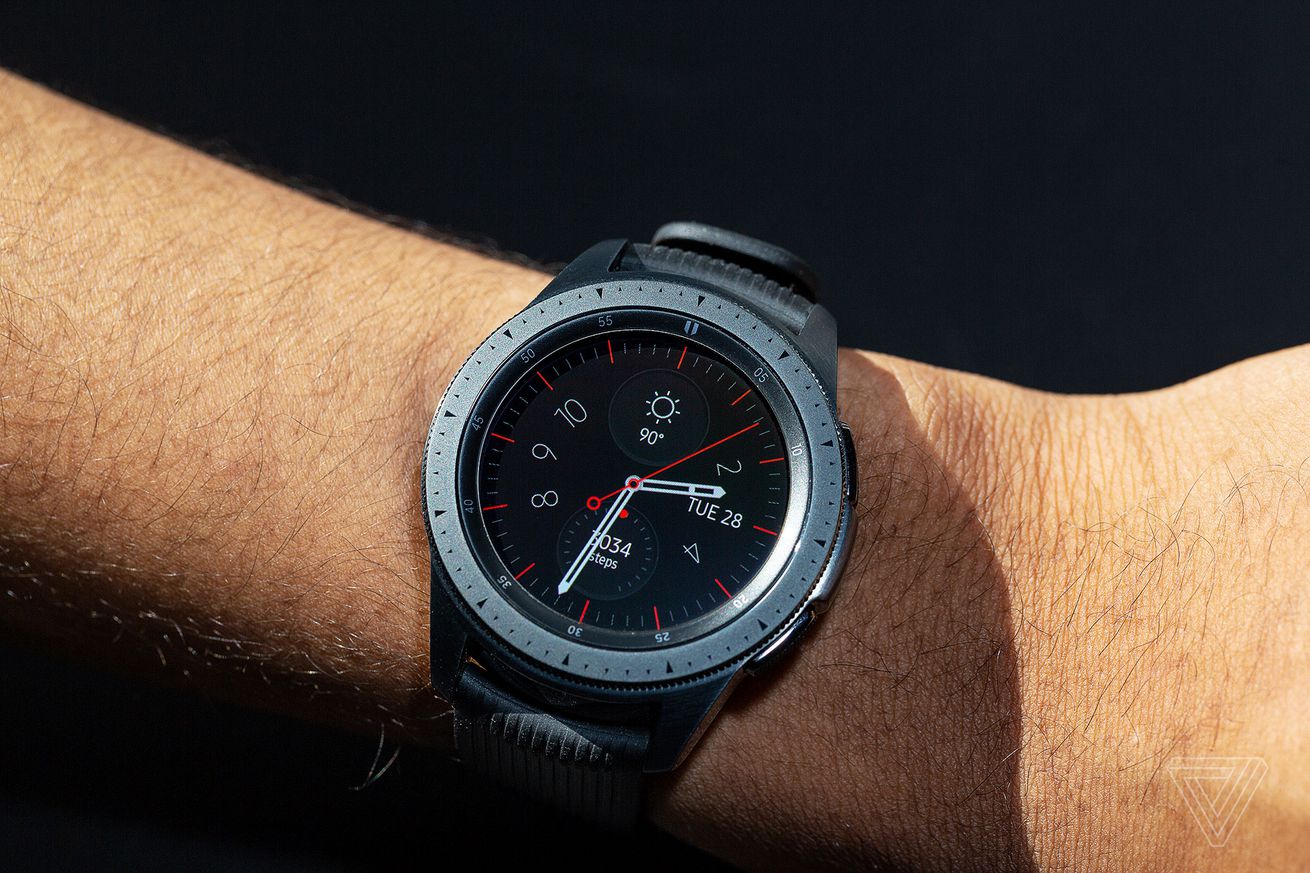 The Galaxy Watch 3 is expected to feature a similar rotating bezel to the original Galaxy watch (pictured). | Photo by James Bareham / The Verge

Less than a week after getting a glimpse at Samsung’s Galaxy Watch 3, more photos of the wearable have apparently leaked from TechTalkTV. This time the smart watch’s screen is turned on, showing us a familiar looking interface that strongly suggests we’re looking at another Tizen-powered smartwatch from Samsung.

Otherwise, there’s not too much more we can learn from the images. SamMobile notes that the Calendar and Galaxy Store app icons appear to have a slightly different design and color than their existing versions, which makes sense given we’re probably looking at an updated version of Tizen OS.

As a recap, we’re expecting the Galaxy Watch 3 to be available in 45mm and 41mm sizes, as well in Wi-Fi only and LTE variants. Heart rate, blood pressure monitors, and an ECG sensor have also been rumored, and regulatory filings point at support for GPS and a 5ATM rating that should mean it’s water resistant at a depth of 50 meters for up to 10 minutes at a time.

There haven’t been any specific rumors about an announcement or release date, but with Samsung expected to announce its new Galaxy Note phone in a few months time, the speculation is that we could see the new smart watch alongside it.