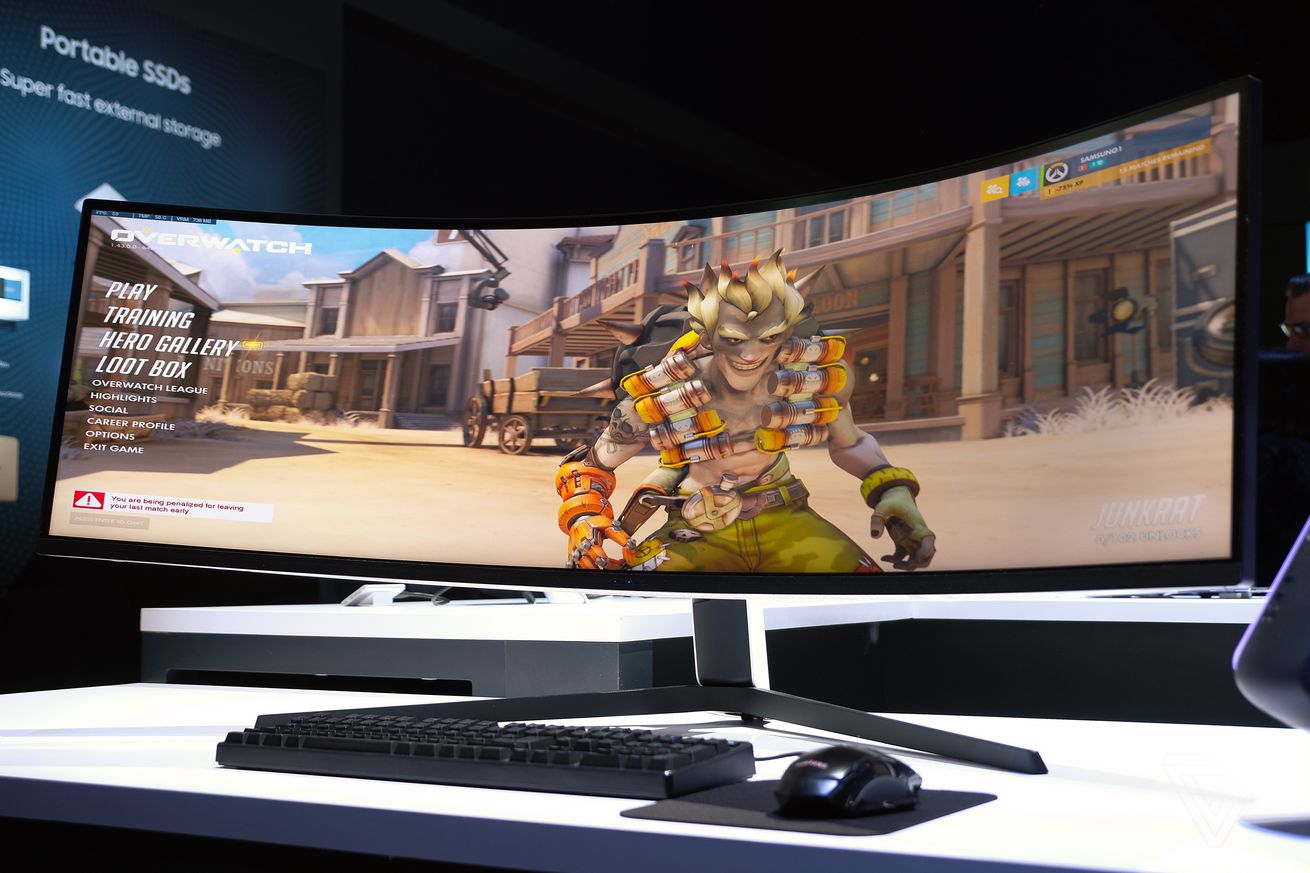 In terms of aesthetics, these two monitors look similar at a distance; however, the G9 has glossy white plastic on the back whereas the G7 uses matte black plastic around the rear with small blue triangular vents on the front. Both carry the futuristic Iron Man-esque reactor core design where the stand meets the monitor.

Both models will ship on July 13th through Samsung and other retailers.