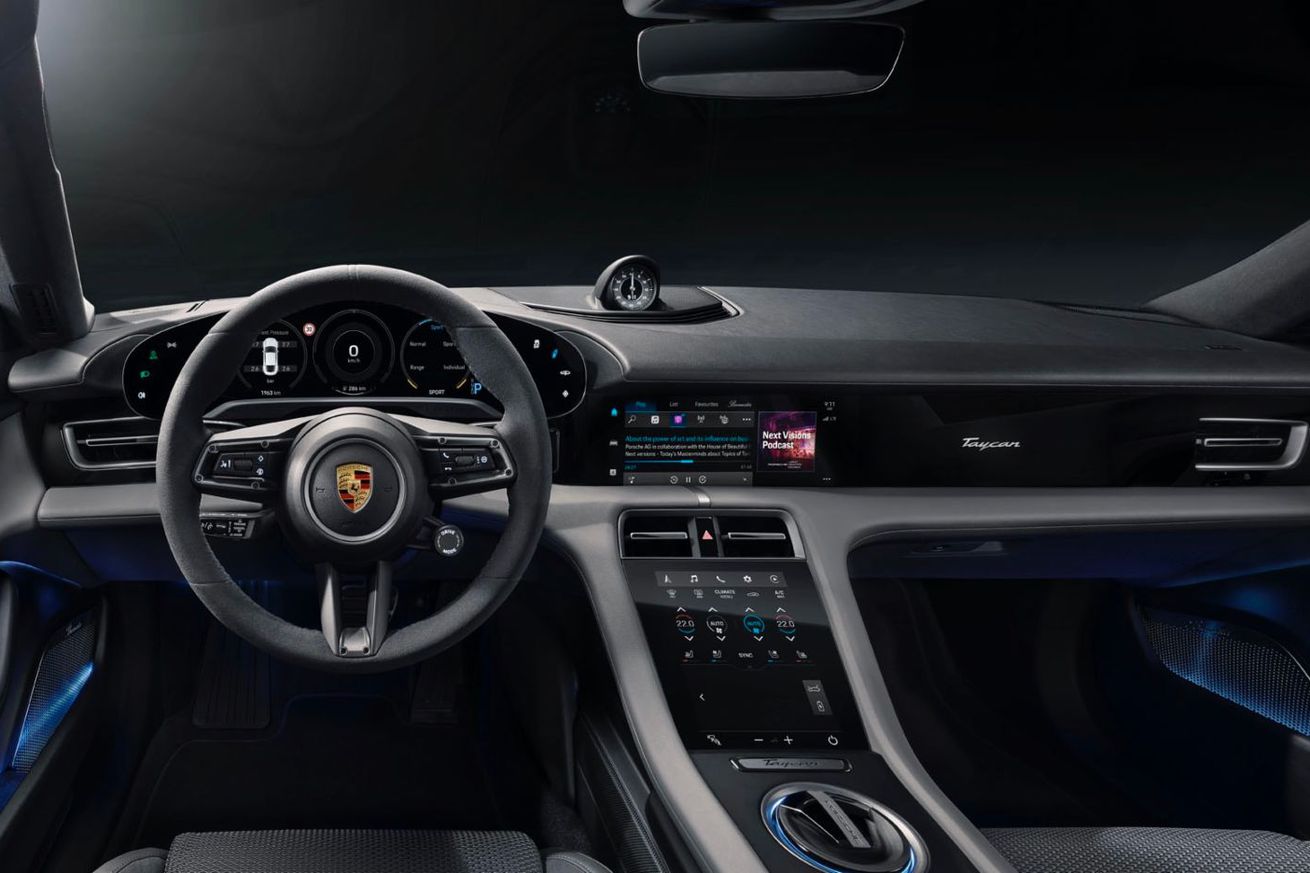 The service can be accessed from the Taycan’s infotainment system. | Image: Porsche

Porsche’s all-electric Taycan is the first car to get full Apple Podcasts integration, allowing owners to natively access Apple’s library of 1.5 million shows see its podcast charts, the company has announced. The car’s infotainment system is also getting support for Apple Music’s lyrics feature, which will be displayed on the passenger-side display. The features are available in new Taycan cars now, and will roll out to existing cars in January, the company says.

Apple Podcasts has previously been available to stream to the Taycan’s infotainment system via Apple CarPlay, but the native app means you don’t have to connect your phone to start listening. It also means the app can stream over the vehicle’s built-in data connection (you get three years of data with the purchase of the car). Apple Music’s lyrics feature was not previously available over CarPlay.

As well as listing to shows, Porsche owners will be able to sync their podcast listening with other devices via their Apple ID. Voice control is supported via Porsche’s Voice Assistant.

Apple Podcasts is the second built-in Apple app that Porsche’s Taycan has been the first to get, after the Apple Music app last year. Android users haven’t been so lucky since the Taycan still lacks support for Android Auto. There are signs that Porsche is softening its stance on Google’s car infotainment system however, after the company added support for it earlier this year in an upgraded infotainment system for older cars.