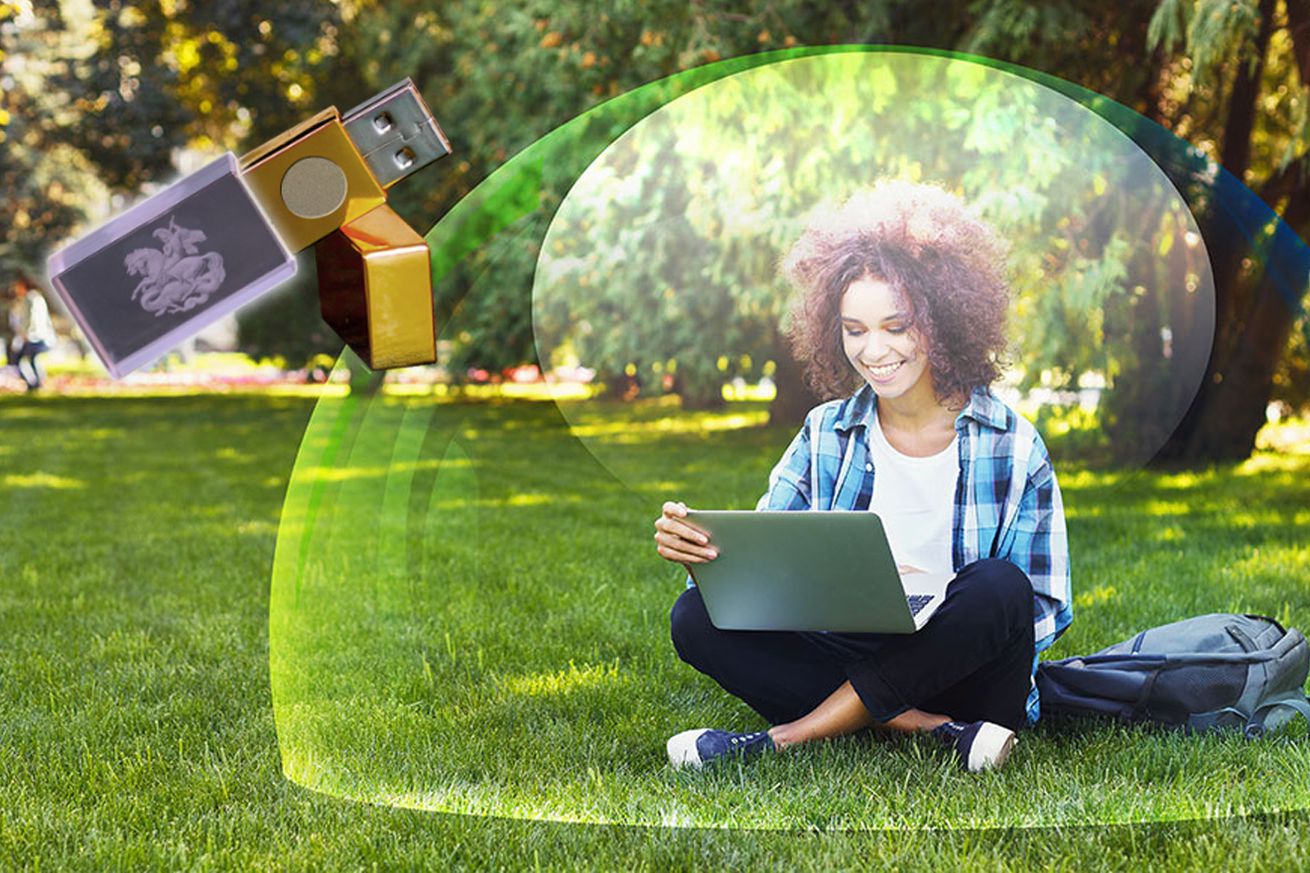 Scammers are trying to sell a $350 USB key with just 128MB of storage as an anti-5G solution. The “5GBioShield” went on sale recently in the UK priced between £280 and £330 ($343 and $405), and promises to use “quantum holographic catalyzer technology” to protect a family home against 5G. Unsurprisingly, the USB key is fake, and it’s actually a regular $6 USB stick that only has 128MB of storage. That hasn’t stopped conspiracy theorists from promoting it, however.

BBC News reports that the “5GBioShield” has been recommended by a member of Glastonbury Town Council’s 5G Advisory Committee. The town, known globally as the host of the annual Glastonbury Festival, has called for an inquiry into 5G over safety fears. Those fears have also led to conspiracy theories linking 5G and coronavirus in the UK in recent months, and some people have even burned 5G towers as a result.

An external member of Glastonbury’s 5G Advisory Committee, Tony Hall, recommended this device in a recent Glastonbury council report (PDF). He claimed “we use this device and find it helpful.” In the same report, Hall also claims that “flocks of birds [fall] out of the sky dead when 5G is turned on,” and that “people get nose bleeds and suicide rates increase.” The same report includes references that falsely link the spread of the novel coronavirus and 5G.

There’s no scientific evidence to suggest 5G is harmful to flocks of birds, that it increases suicide rates or nose bleeds, or that it’s even linked to coronavirus. Hall opposes the roll out of 5G in Glastonbury, and was appointed as part of nine members of the public to advise on the technology. “5G is the vehicle for total control and the ‘surveillance state’,” claims Hall in the same report. It’s certainly ironic that someone so fearful of 5G is happy to plug a fake 128MB USB stick into their laptop to protect themselves.

A security firm ordered one of the $350 USB keys recommended by Hall to investigate its “quantum holographic catalyzer technology.” After breaking the device apart, the researchers only found a 128MB stick that’s probably a rebadged USB stick made in China with an additional sticker on it.

“Now we cannot say this sticker does not have additional functionality unused anywhere else in the world, but we are confident you can make up your own mind on that,” says Phil Eveleigh, the researcher who dismantled the USB key.

BBC News reached out to the owners of the website distributing the fake anti-5G USB stick, and they brazenly defended selling a $6 fake anti-5G USB stick for $350. “We are in possession of a great deal of technical information, with plenty of back-up historical research,” said Anna Grochowalska. “In regard to the costs analysis your research has produced, I believe that the lack of in-depth information will not drive you to the exact computation of our expenses and production costs, including the cost of IP [intellectual property rights], and so on.”

Needless to say, please don’t waste your money on this junk, and remember: radio waves can only spread computer viruses, not human ones.