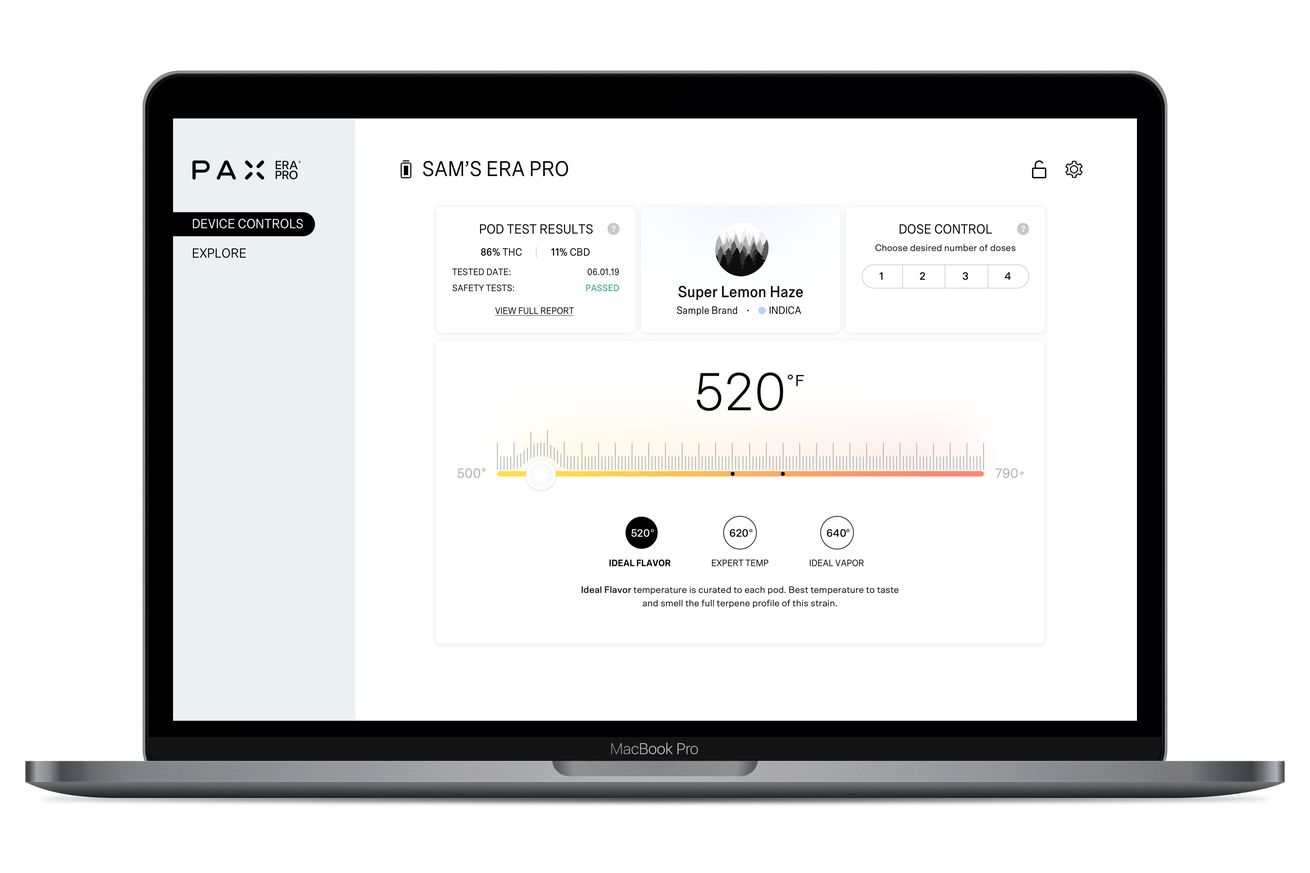 Pax is launching a web app today capable of controlling its lineup of connected weed vapes. The launch comes six months after Pax’s app was banned from the Apple App Store, when Apple decided to crack down on vaping apps amid nationwide concerns over vaping-related lung injuries. The app remained available on Android, but the ban meant iOS users were stuck without a way to control many of the settings on their fancy vapes.

Like its mobile app, Pax’s web app allows users to dial in specific vaping preferences and safety settings, as well as see more information about the cartridge they’re currently vaping. Some settings, like temperature, can be controlled directly on Pax’s vapes, but owners need access to the app to set dosing limits or view detailed information about what’s inside their current cartridge. The app also allows owners to lock usage of their device and control settings like haptic feedback and brightness of feedback LEDs.

The web app supports the Pax 3, Pax Era, and Pax Era Pro on Mac. On Windows, it only fully supports the Era Pro right now. The lack of a way for iOS users to control the smart vapes represented a major disadvantage for Pax, which tried to make its products stand out with customizable preferences and safety controls. Its newest model, the Era Pro, sells for $70.

Apple did not respond to a request for comment.