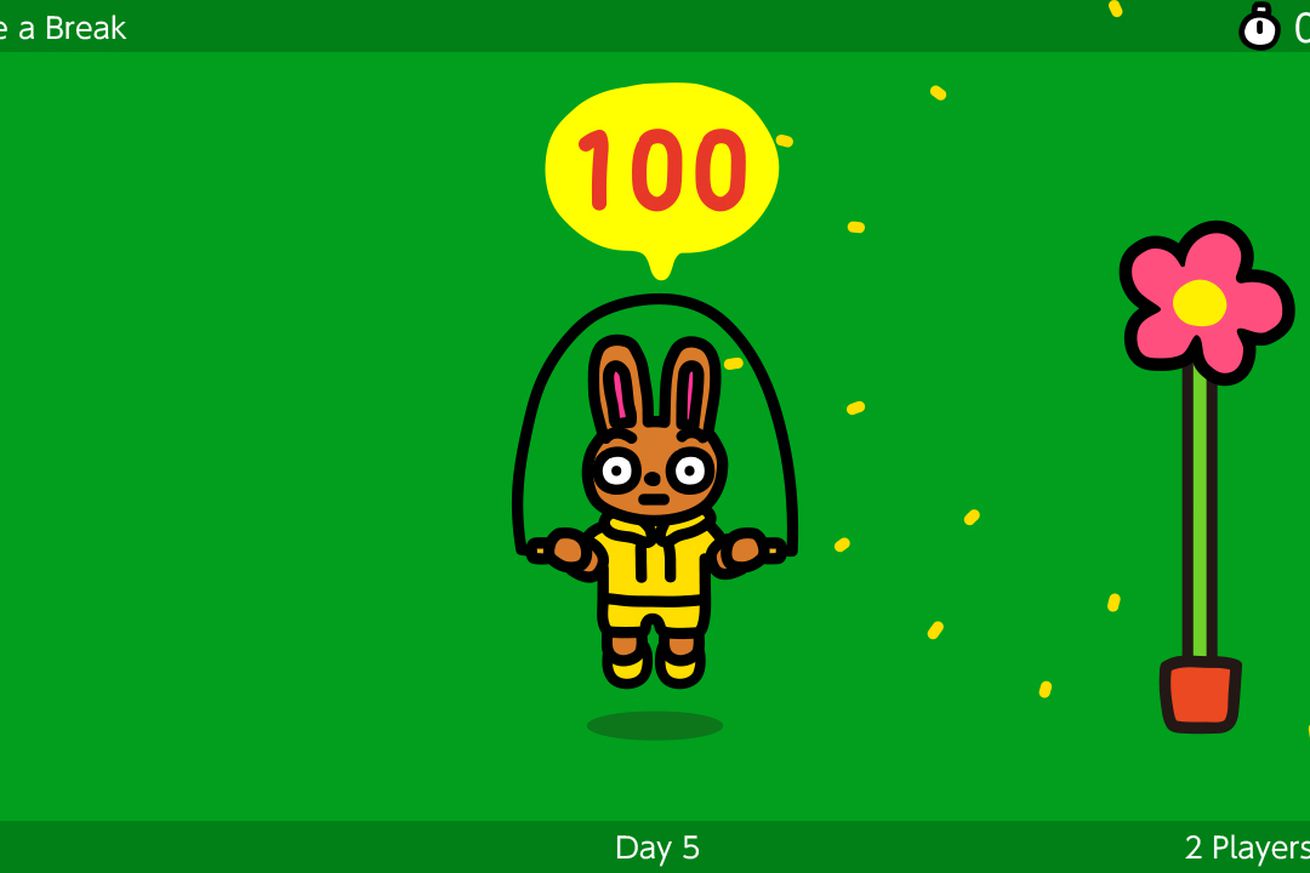 Jump Rope Challenge is a charming new free game from Nintendo that uses a pair of Joy-Cons to jump a virtual rope. You hold the Joy-Cons as though they’re jump-rope handles, and swing them around as you jump. Jumping bunny rabbits show your progress on-screen. The initial aim is to do one hundred jumps a day, although this goal can be increased.

It’s a simple bit of exercise, but the big benefit is that the game doesn’t require any additional accessories. In contrast Nintendo’s other recent exercise game, Ring Fit Adventure, has experienced big stock shortages, as people turned to it as a way to workout at home. Other fitness equipment has seen a similar surge in demand, resulting in shortages.

“It’s all the fun of jumping, but there’s not a rope in sight!”

Nintendo says Jump Rope Challenge is the work of a small team of its developers working from home in Japan. As you’d expect, this also means it’s got a fairly limited feature set. There’s a simple two-player mode where each person holds a single Joy-Con controller, and you can also customize your bunny’s clothes on the fly. You can technically cheat the system a bit by bending your knees rather than jumping, but ultimately it’s a similar amount of effort, and Nintendo points out that it’s a great way for people who would otherwise struggle to jump to enjoy the game.

“It’s all the fun of jumping, but there’s not a rope in sight!” Nintendo says. Jump Rope Challenge will be available for a limited time until the end of September from the Nintendo Switch’s eShop.