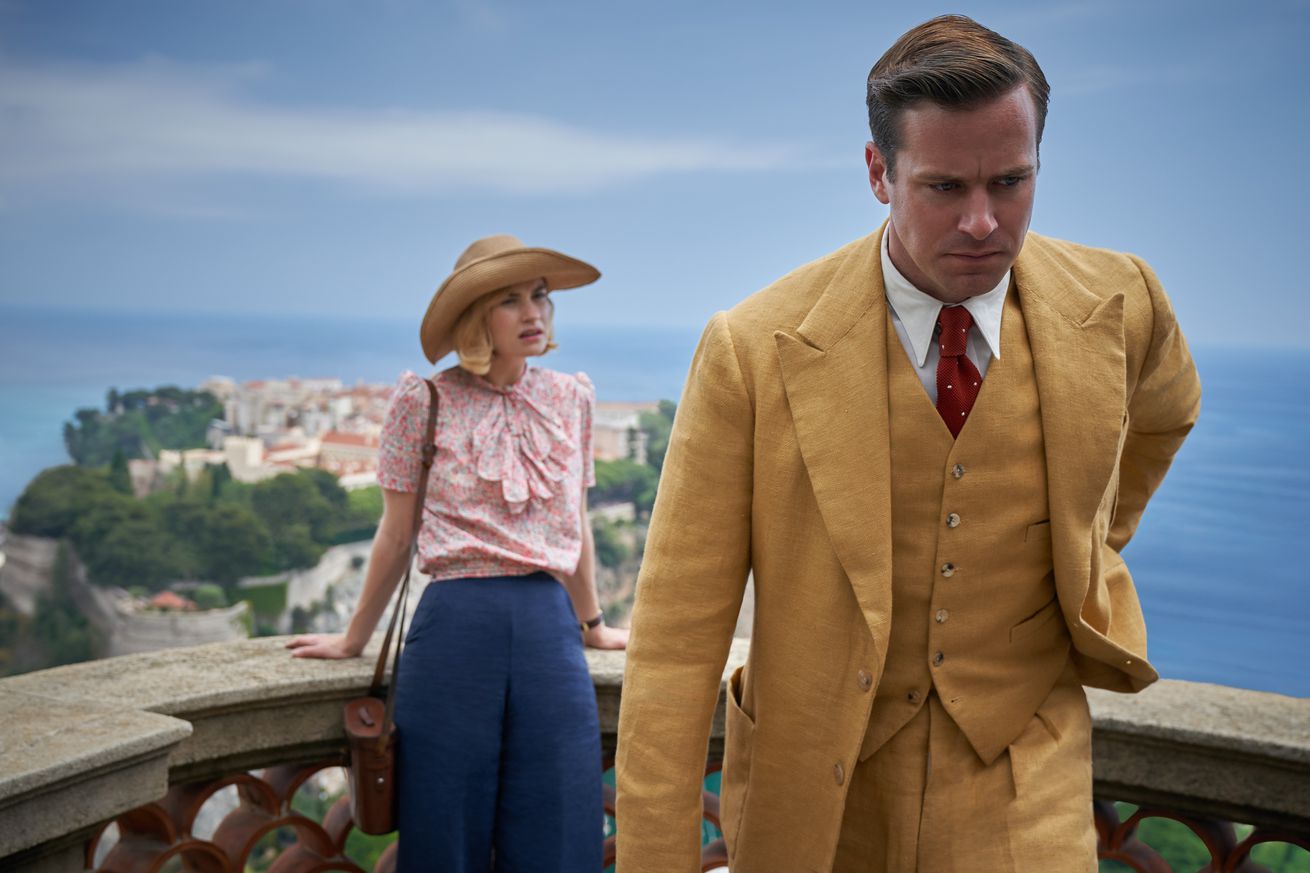 In 1939, Alfred Hitchcock came to Hollywood. The English master of suspense would ply his trade in sunny California, and Rebecca, his first American film, would win him his first and only Oscar. Despite the acclaim, Hitchcock hated Rebecca, as it was his first encounter with American censors and their stodgy Production Code, which made it nearly impossible to accurately adapt the Daphne du Maurier book on which it was based. Still, Hitchcock found a way, and we remember Rebecca now as a classic.

Like other classics, Rebecca has been reinvented many times. Director Ben Wheatley’s 2020 adaptation is the latest, and it’s new on Netflix this week. Being shot in the modern era, Wheatley’s film has significantly fewer hurdles to clear, given that we no longer have official arbiters dictating what Hollywood can and cannot put in a film. It’s strange, though. Even with the artistic freedom of the 2020s, the new film still manages to feel like the lesser work, because it’s only interested in the most superficial reading of the story.

The plots of both films are mostly identical (and faithful to the book). An unnamed young woman (Lily James) strikes up a whirlwind romance with the wealthy widower Maxim de Winter (Armie Hammer) and is swept away from her mundane life to go live with him in his lavish estate, Manderley, as his new wife. Upon arriving, the new Madame de Winter finds that she lives in the shadow of the previous Madame de Winter, Rebecca, who seemed to have been universally loved before her untimely demise. Rebecca has left Madame de Winter impossibly large shoes to fill.

Complicating matters is the cruelty of Mrs. Danvers (Kristin Scott Thomas), a housekeeper who adored Rebecca and loathes the very notion of a new Madame de Winter replacing her. Caught between a world she barely understands and a woman she can’t live up to, Madame de Winter begins to despair, until she learns a secret that changes her relationship to Maxim, to Manderley, and everyone within it.

Rebecca suffers largely in comparison, as Wheatley’s choices stack up poorly against the older ones and offer shallower interpretations. There’s the casting of Armie Hammer as Maxim de Winter, a man who reads as nearly the same age as the woman who is playing a young ingenue — a choice that recasts the fraught nature of their relationship and his increasingly hostile behavior toward her. (He’s older in the original.) Similarly, in the new Rebecca, the former Madame de Winter haunts Manderley, but she doesn’t feel as all-consuming — her monogrammed accoutrements don’t appear everywhere. If Hitchcock’s film and the original novel are ghost stories without an actual ghost, then the new Netflix film is something far more plain. The devil, of course, is always in the details.

Here’s one: the climax of Rebecca hinges on a costume ball, where Madame de Winter is cruelly manipulated by Mrs. Danvers into wearing a costume that Rebecca wore shortly before her passing. In Hitchcock’s film, Madame de Winter wants to make an entrance, but she doesn’t know how. She stands atop a staircase, hopeful and eager, but everyone’s back is turned toward her. By the time she reaches her husband, she is timid and furtive, desperate for approval. Every time I watch her fail, I feel her shame. Wheatley’s version, on the other hand, announces her with a drumroll. This time, everyone’s paying attention — but the moment loses me.

Both versions of the scene end the same way — with her in tears and Maxim de Winter furious at her choice of dress — but they’re worlds apart. In the first film, the scene is an expression of class dynamics, the narrative climax of a story about a woman swept into wealth and finding that it wants nothing to do with her; it means Danvers’ treatment of the new Madame becomes doubly cruel because it’s not just about a dress. In the new film — which is almost wholly uninterested in class — it reads as another offense from a cruel manipulator.

The differences between the two Rebeccas remind me of Disney’s disappointing remakes of their animated classics. They’re movies that strive for visual beauty at the cost of emotional fidelity. Relaying stories of adventure or romance requires different things in different mediums, and it’s impossible to make a 1:1 transfer — between, say, live action and animation. You can be extremely faithful to a work and still produce something soulless.

The director and stars of Rebecca claim they aren’t remaking Hitchcock’s film and are instead creating a new take on the source material. The implication, obviously, is that a new Rebecca can be contemporary in its aesthetics and in the way it translates the book. And in some specific ways, the film succeeds at this. The camera is closer and more intimate, and plot turns that had to be oblique in the ‘40s are now explicit. The story’s queer subtext is now text.

Yet each of those decisions diminishes the film as a whole. The new Rebecca fixes its camera on its beautiful cast so squarely that you no longer have a sense of what it’s like to be lost in Manderley and its extravagance — and, indeed, the world of wealth in which the new Madame finds herself lost. In making character motivations clearer, they are robbed of their complexity. And in settling the question of Mrs. Danvers’ love of Rebecca, the film consigns her to a clear doom instead of a mostly ambiguous one.

Good art is often determined by what is left unsaid. Filmmakers working in Old Hollywood dealt with a tremendous amount of industry-imposed limitations and still managed to create enduring art.

Liberated as the new Rebecca may be, it falls into an old trap: telling too much when showing will do. In a world where it is free to say whatever it wants, Netflix’s Rebecca fails to communicate anything of substance.