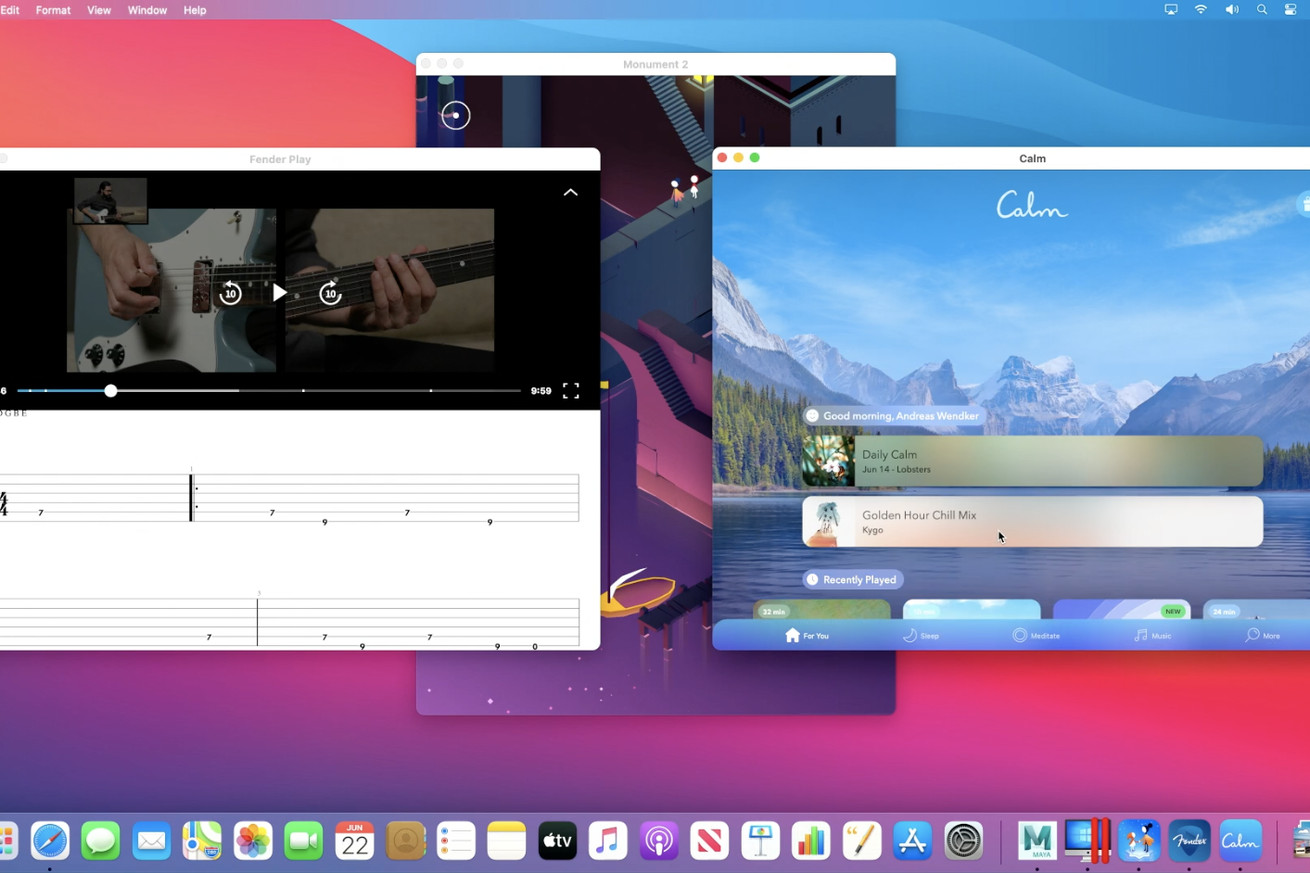 Apple has announced that its new Macs that are powered by the company’s newly-announced Apple-built chips will be able to natively run iPhone and iPad apps, thanks to the shared architecture. Apps demoed during the keynote include Monument Valley 2, Calm, and the Fender Play app.

The new apps will be installed directly from the Mac App Store, with multiple iOS apps able to run side-by-side alongside macOS apps. Apple says that the new feature will be available at launch alongside the new Macs with Apple chips, which are set to launch as early as the end of the year.

Apple originally launched Catalyst apps with last year’s announcement of macOS 10.15 Catalina that allowed developers to start to bridge that gap between iOS and macOS: Catalyst apps support Apple’s UIKit software framework used on iPad and iPhone apps, making it easier to port over existing mobile apps to desktop without having to rewrite the entire app from scratch the AppKit software framework traditionally used by macOS apps.

The new Macs with Apple’s own chips will streamline that process even further, as developers will simply be able to port applications directly to macOS.

Developing… we’re adding more to this post, but you can follow along with our WWDC 2020 live blog to get the news even faster.