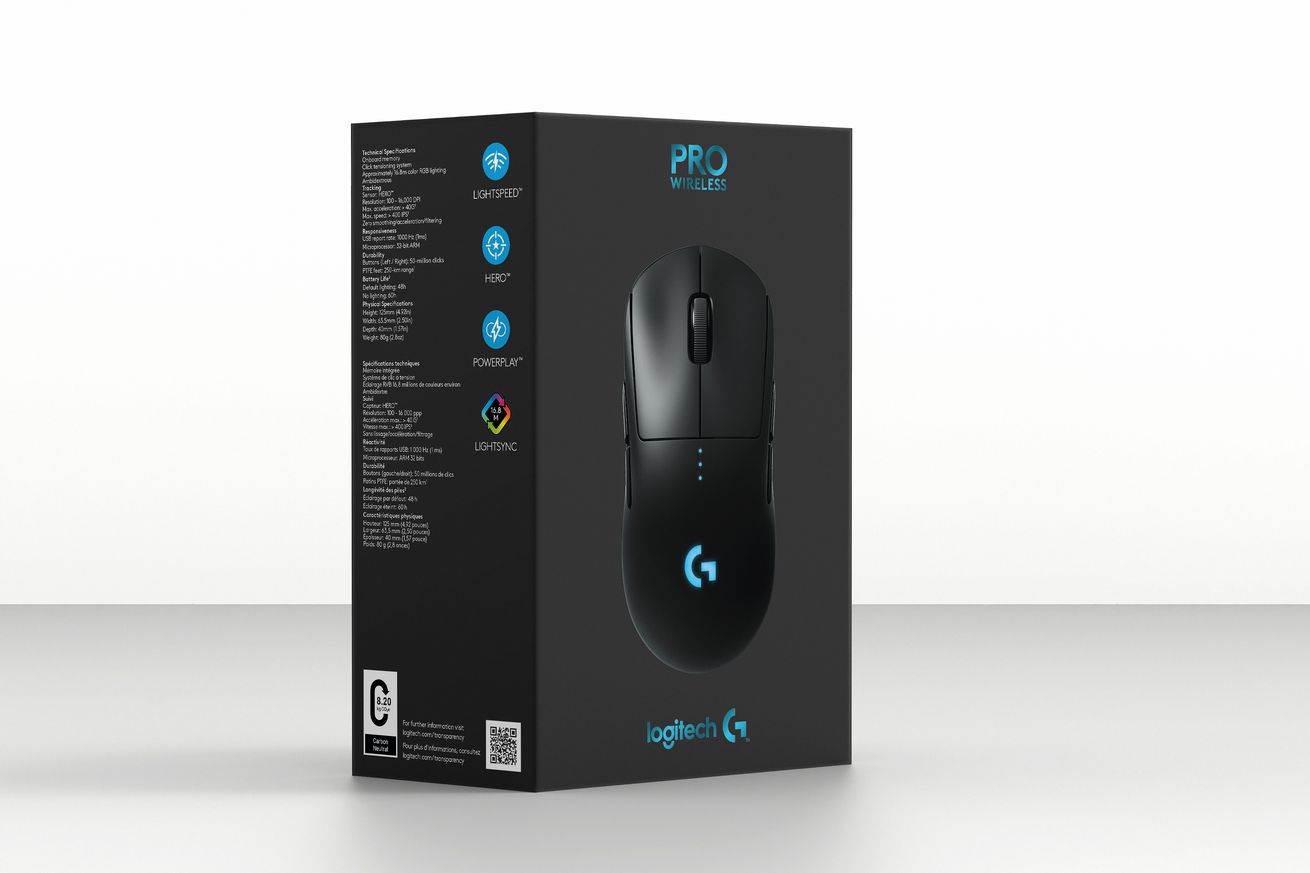 Logitech announced today that it plans to put labels communicating the carbon impact of products on all product packaging and on its website. The company says it expects labels will appear first on its gaming products later this year. The goal is to include labels across its full product portfolio by 2025, Logitech tells The Verge.

“Just like calories went on the packaging in the food industry years ago, we believe that carbon content level should be a choice factor for the consumers who are interested in it,” said Logitech’s CEO Bracken Darrell in an interview with The Verge.

The number you’ll see on the label represents the total carbon life cycle of the product. That indicates the amount of carbon emitted in the entire life of the product, including the sourcing of a product’s materials, in its manufacturing, in its distribution, and in the actual use of the product.

You can see what Logitech’s carbon impact label will look like on packaging in the image at the top of this post, and here’s a closer look at it below. Logitech designed the label itself, Prakash Arunkundrum, Logitech’s head of global operations, told The Verge.

Logitech will be calculating carbon impact internally, but will work with third parties including Natural Capital Partners, iPoint Group, and an independent verifier to “verify and validate product-level carbon impacts to DEKRA certification standards,” Logitech said in a press release. Logitech also says it will share its methodology and protocol applied to measure the carbon impacts online.

In December, Logitech announced other sustainability initiatives, including that its entire lineup of gaming products was carbon neutral. That means Logitech cut down on the amount of carbon emissions those products produce and offset whatever was left. The moves to make the company more sustainable were almost entirely internally driven, Darrell and Arunkundrum said.

“At some point I think in the last few years, we, both Prakash and I, our interests flipped from, ‘Well, this would be really good to do’ to ‘This was a must,’” Darrell said. “And it’s because we really believe in global warming is being driven by humans.”