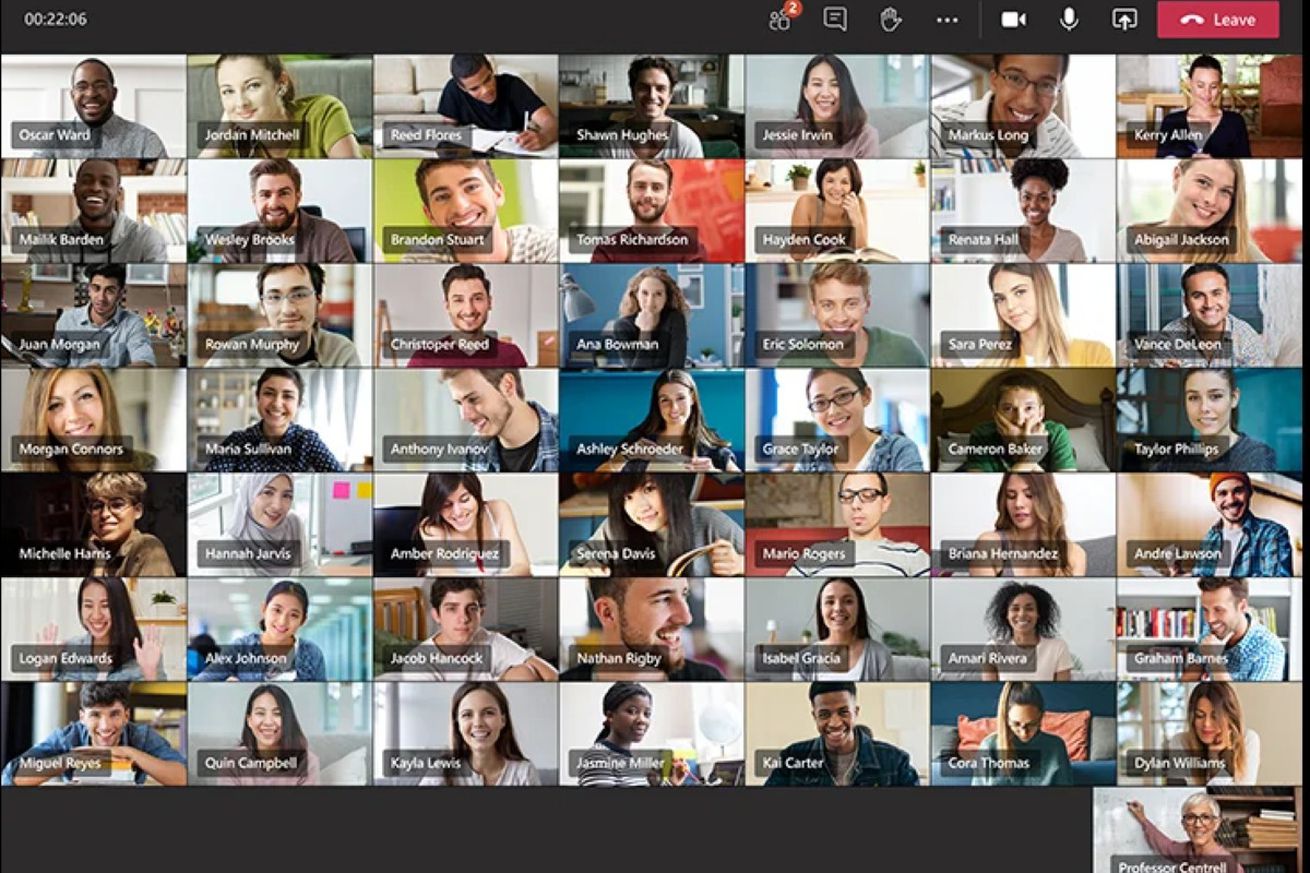 Microsoft is expanding the number of participants visible during a Teams meeting to 49, the company announced in a blog post Monday. The maximum number of participants in a private Teams meeting is 250; rival Zoom’s paid plans allow up to 500 participants at a time. But the 49-person on-screen view — which Microsoft announced it was planning less than two weeks ago — matches Zoom’s max. Teams will roll out the 49-person view as a preview this month and to all users in the fall.

It’s one of several features Microsoft is adding to Teams. It says the goal is to support its Teams for Education product, which the company claims has more than 150 million students, faculty, institutional leaders, and teachers actively using it as part of remote learning. The company doesn’t specify how many educators are using it concurrently, however.

In addition to the larger gallery view, Teams for Education is getting breakout rooms for students to collaborate in smaller groups, attendance reports and class insights for teachers, and a “raise hand” option for students. It’s also putting controls in place so that students can’t start class meetings unattended, and it will restrict who can present at a meeting. Teams for Education meetings also will include a “lobby” area, where participants can be verified before they’re admitted. It’s not clear if these will be desktop-only features.

Microsoft says it’s adding new features based on what it’s hearing from Teams clients in the education space, including teachers and education leaders, many of whom expect to use technology more than they had before the pandemic. A majority of the educators that Microsoft surveyed expect the 2020-21 school year will be a mix of remote and traditional in-classroom learning.

Teams has been pushing new features at a breakneck pace as it tries to catch up to Zoom, which saw huge growth during the first quarter of 2020. In addition to the latest update to the 49-person view to match Zoom, Teams recently included an option for people to add custom background images, and it added a real-time noise suppression feature in March as more people began working remotely due to the COVID-19 pandemic.