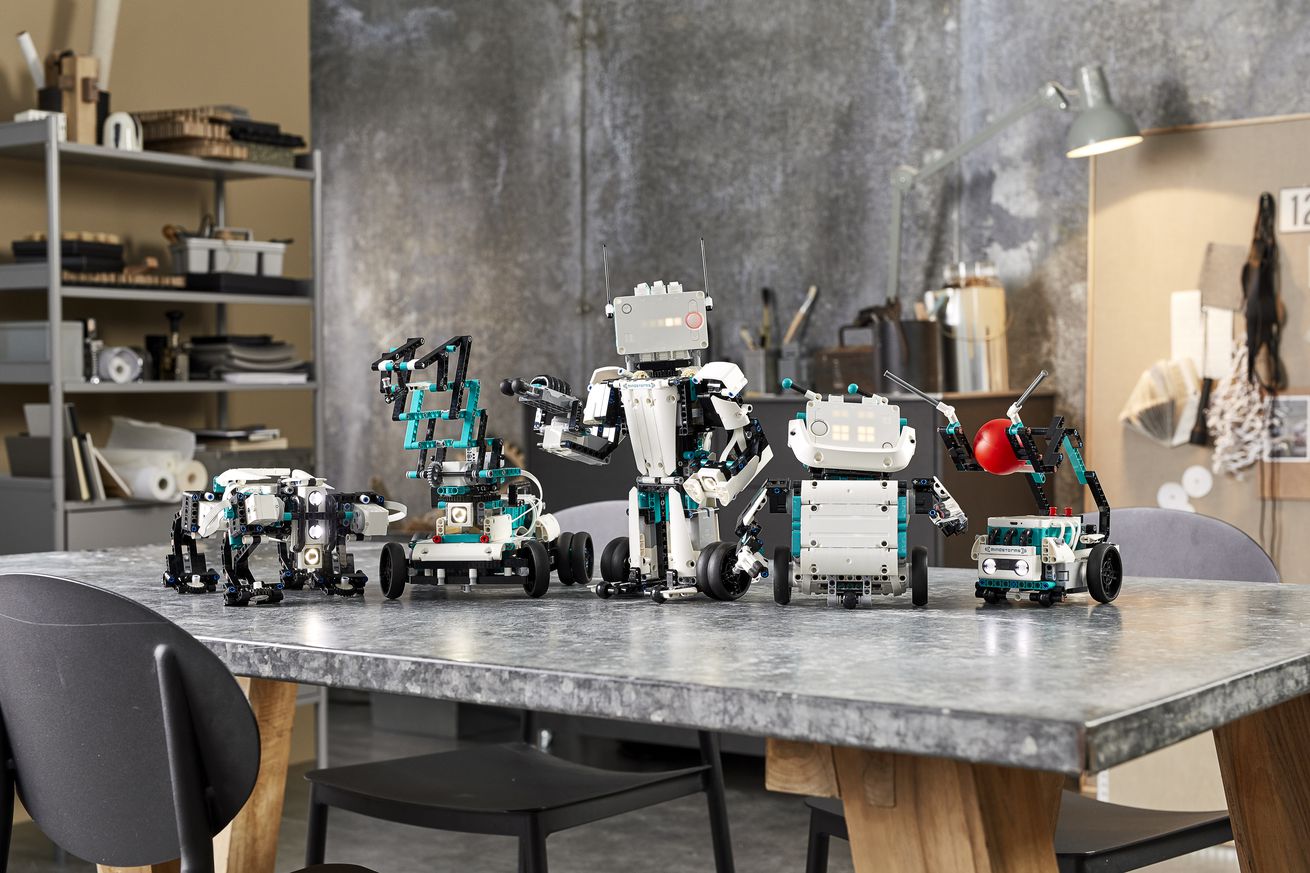 The kit comes with instructions on how to build five robots. | Image: Lego

Lego’s Mindstorms Robot Inventor kit is a new set that lets kids build and design robots. You get 949 pieces as part of the kit, which includes a color sensor, distance sensor, four motors, and Lego’s Bluetooth-enabled “Intelligent Hub.” It’s designed as a way to teach children basic STEM skills, including programming, and it’s the first new entry in the Mindstorms lineup in seven years.

The kit comes with instructions for five robots. Blast looks like the most impressive of the bunch, and Brothers Brick notes that it uses every hub, motor, and sensor that comes with the kit. It’s able to sense its environment and fire darts, Lego says. There’s also Charlie, a smaller robot that’s more about dancing and giving out high-fives, and Tricky, a “sporty” robot capable of playing basketball, soccer, and bowling. Gelo is a quadruped that can walk around and avoid obstacles, and finally, there’s the MVP (Modular Vehicle Platform), which can be built into different vehicles like buggies or cranes.

The kit includes Lego’s new Intelligent Hub, similar to what the company included in its Spike Prime kit. This includes a 5×5 LED matrix, which is used to give the Blast and Charlie robots simple animated faces, but it also includes a 6-axis gyro / accelerometer, a speaker, a Micro USB port, and it supports Bluetooth connectivity. It’s got six input-output ports so you can hook it up to a variety of sensors and motors.

Lego’s free Mindstorms Robot Inventor App (available for Windows 10, macOS, iOS, and Android) contains building and coding instructions for each of these robots, but you can also use it to code using its drag-and-drop programming language based on Scratch, as well as Python. Those will be especially helpful when you want to take on the challenge of creating your own designs. You can also sync your own controller to this app to control your creations.