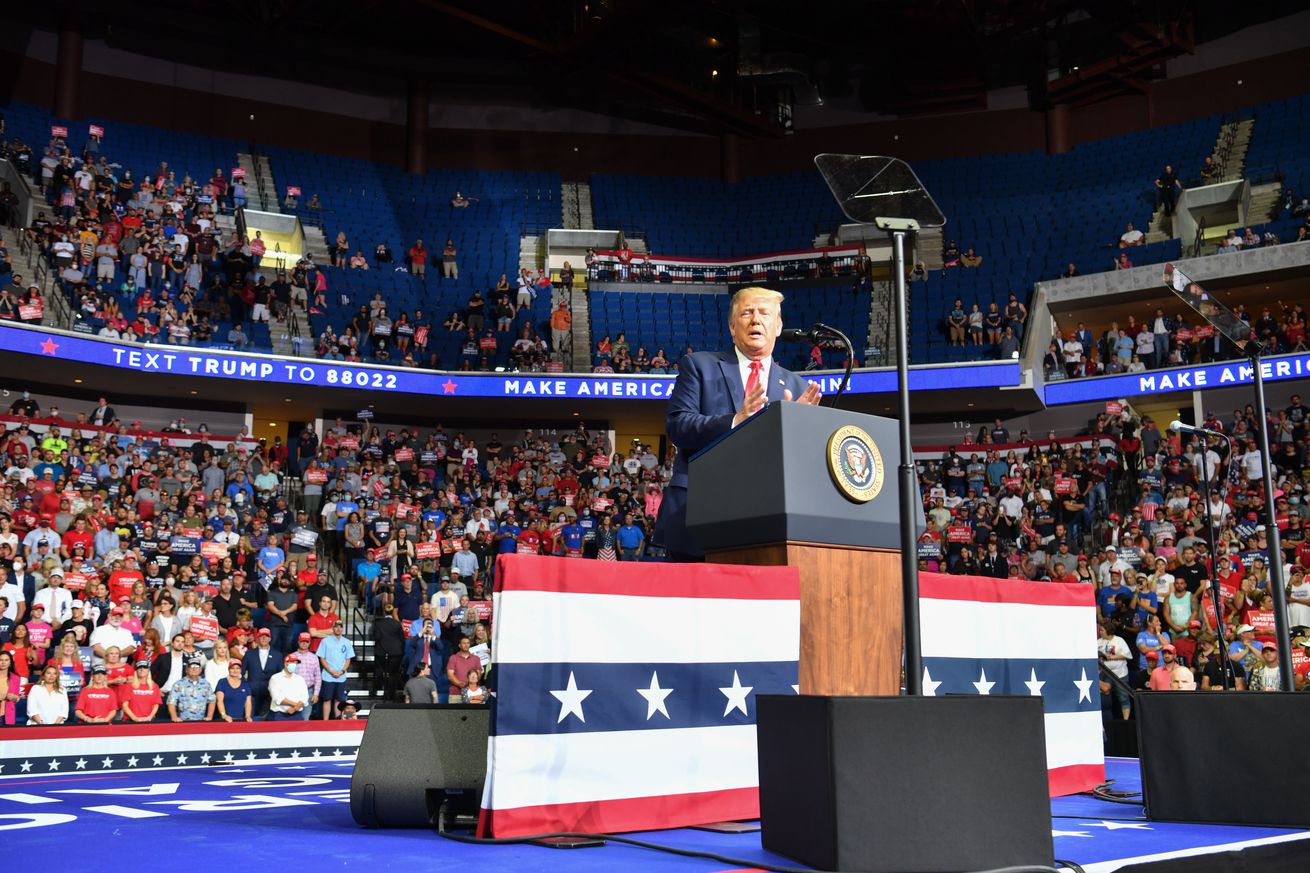 The upper section is seen partially empty during President Trump’s campaign rally June 20 at the BOK Center in Tulsa. | Photo by Nicholas Kamm/AFP via Getty Images

As part of a coordinated effort, K-pop fans and teenage TikTok users scooped up tickets to President Trump’s Saturday rally in Tulsa, potentially leaving at least hundreds of empty seats, The New York Times reported. A tweet from the Trump campaign June 11th urged people to use their phones to register for the free tickets. The K-pop fans shared the information and encouraged their followers to get tickets, and then not show up for the rally. The plan quickly caught on on TikTok, where people followed the K-pop fans’ lead.

CNN credited Iowa grandmother Mary Jo Laupp with leading part of the charge on the video platform. She posted a TikTok video last week encouraging people to “go reserve tickets now and leave him standing alone there on the stage.”

YouTuber Elijah Daniel told the Times the plan spread quietly through an elite corner of TikTok where pranks and activism are regularly carried out. “K-pop Twitter and Alt TikTok have a good alliance where they spread information amongst each other very quickly,” he said. “They all know the algorithms and how they can boost videos to get where they want.”

Saturday was not the first time the fans of Korean pop music have used social media toward a common goal. Earlier this month, the K-pop crowd flooded right-wing social media hashtags like #MAGA and #BlueLivesMatter with memes, GIFs, and videos of K-pop artists.

The Trump campaign said last week the rally had more than a million requests for tickets to the rally at Bank of Oklahoma Center, which had been rescheduled from Friday to avoid coinciding with the Juneteenth holiday. But coverage of the event Saturday showed an area meant for an expected overflow crowd was mostly empty, and inside the arena, there were thousands of empty seats. Forbes reported that the Tulsa Fire Department said turnout was just under 6,200 people, less than half the venue’s 19,000-person capacity.

The campaign claimed protests had prevented many would-be rally attendees from being able to get inside the arena, and that negative media coverage leading up to the rally may have convinced some supporters not to attend. “Sadly, protestors interfered with supporters, even blocking access to the metal detectors, which prevented people from entering the rally,” campaign spokesman Tim Murtaugh said in a statement.

Media reports indicated there were few protests in the area on Saturday, and the ones that did occur were largely peaceful. The Washington Post reported that six people were arrested on charges that included obstruction, loitering, and similar offenses.

Oklahoma reported 331 new cases of coronavirus infection on Saturday, and six members of the Trump campaign’s advance team in Tulsa tested positive for the virus.