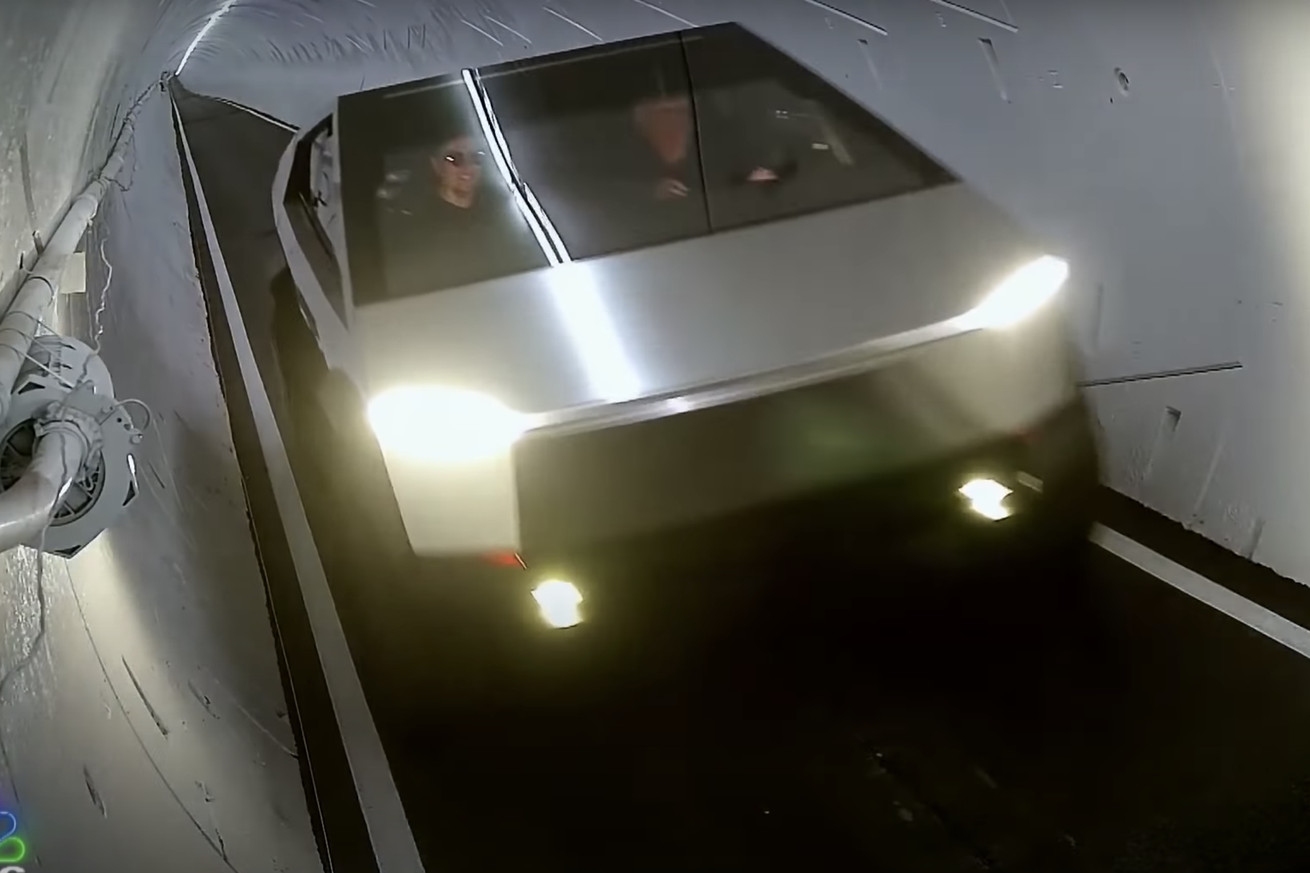 Elon Musk often brags about how he’s built up Tesla with “zero advertising spend.” But advertising is just one form of marketing, and the billionaire CEO sure knows how to market his companies. The latest example comes from a new episode of Jay Leno’s show on CNBC, where the former talk show host and notorious car collector visits SpaceX headquarters to drive a prototype of Tesla’s Cybertruck through the mile-long “test tunnel” Musk dug under Los Angeles by another one of his efforts, The Boring Company.

The appearance, which CNBC has spent the last two weeks promoting, is pretty straightforward. Leno drops into Tesla’s design studio (which is tucked into SpaceX HQ in Hawthorne, California). Musk arrives in the Tesla Semi, the company’s (delayed) electric big rig. Then Musk plays car salesman, teasing how Tesla plans to sell an optional package on its forthcoming second-generation Roadster that features SpaceX-made “cold-gas thrusters,” all while standing next to the company’s newest available vehicle, the Model Y.

Then, Leno has Musk bring out the Cybertruck. Musk mostly recycles a lot of the same information we already know about the science fiction-inspired electric pickup. In fact, he’s already walked back one of the freshest comments he makes in the episode about wanting to make the truck smaller. But we get to see the Cybertruck in daylight and in crystal clear HD, which has some value, given that all of the first rides — ours included — last November happened late at night, and many of the real-world sightings since have been captured on shaky smartphones.

Musk plays car salesman again, convincing Leno at one point that, yeah, he would, in fact, want a truck to be bulletproof like the Cybertruck is supposed to be. Musk then suggests Leno drive it through the tunnel The Boring Company dug underground near the SpaceX headquarters. Leno accepts, and gingerly makes his way through.

There’s no real drama to the stunt, save for the part where Musk wonders whether the truck will fit in the tunnel in the first place. Regardless, the segment is a simple but effective showcase of Musk’s various companies, one that also happens to have been released the same week that SpaceX’s historic launch is scheduled (though weather has already tripped up that timing a bit). That launch, by the way, is another example of how Musk leverages his various companies into marketing opportunities: on Wednesday, the two astronauts headed to the launchpad in — what else? — a Tesla Model X.