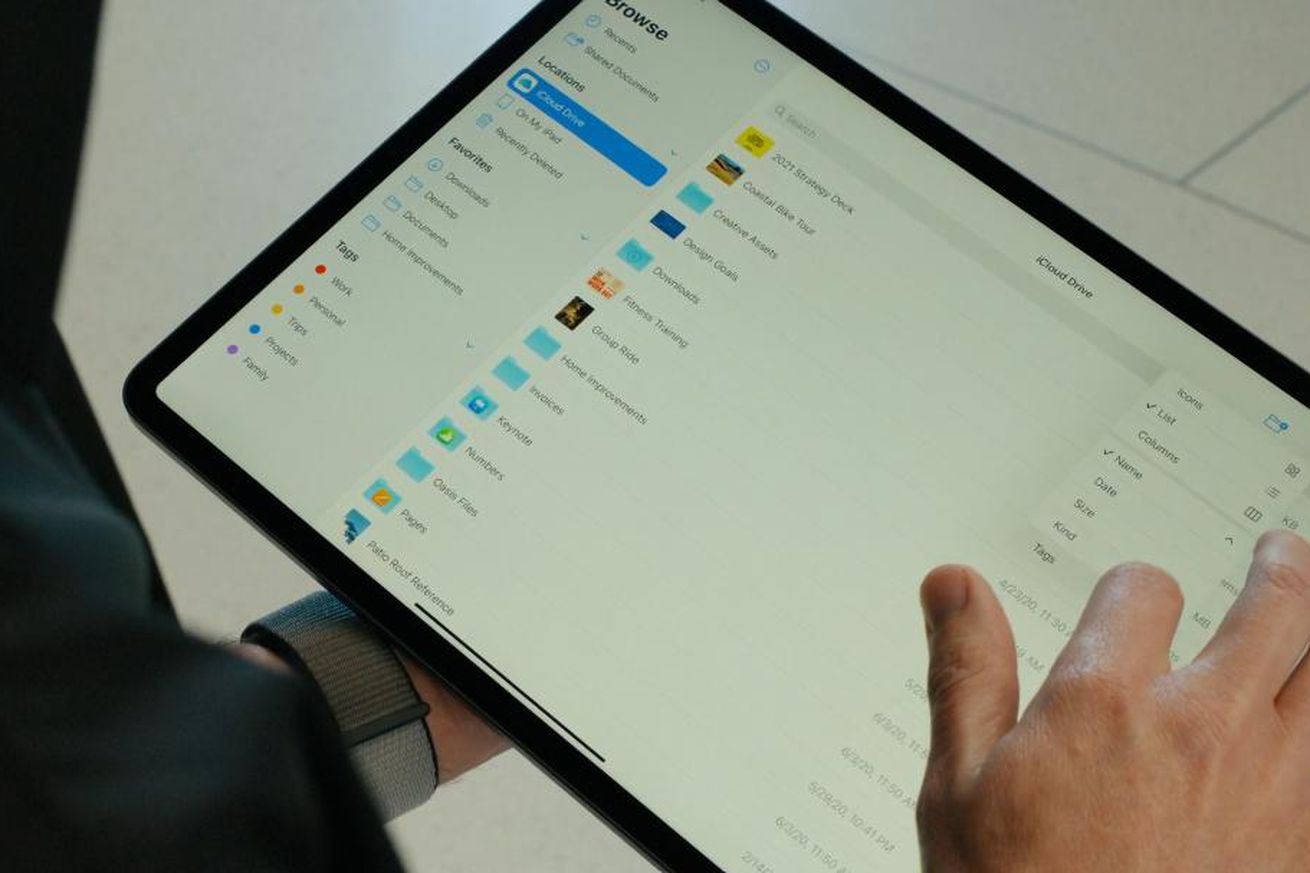 Apple has announced iPadOS 14, a new version of its operating system for the iPad that comes with a focus on improving app designs to take advantage of the tablet’s large screen. Many of Apple’s apps have seen design changes. Photos and Music now have a sidebar that lets you jump between different sections of the app, and Calendar now has more controls on the top of the screen. The changes aren’t dramatic, but they should make the apps easier to quickly move around and control.

This version’s other big update is a rebuilt search engine that Apple is calling Universal Search. It can be used as an app launcher, to find contacts or documents, or even search within apps that support the feature. The existing search function already handled most of these features, but Apple is making the whole thing look and sound a lot more like Spotlight on the Mac now. It’s even getting a more compact design that lets the search bar pop up on top of apps rather than blocking out whatever is on-screen.

The iPad is also getting better support for handwriting with the Apple Pencil. A feature called Scribble will convert handwriting in English or Chinese into text that you’ll be able to paste into any text box. Apple’s Notes app could already search through handwritten text as though it had been typed, but this update expands the feature to let you specifically convert your handwriting and use it where you’d like.

There’s one other major feature that Apple didn’t go into much detail on: the iPad will now let you set default email and browser apps. This is a long overdue update. The iPhone and iPad have defaulted to Apple’s Mail and Safari apps since the platforms’ inception. But Mail, in particular, is not very good, and that’s led to some big frustrations for people who want to use another app, but find that email links keep opening up Apple Mail.

Though iPadOS now has a separate name than the iPhone-focused iOS, the two still seem to be sharing most of their main features. Major updates in iOS 14, like groups in iMessage, quick-to-download App Clips, cycling directions in Maps, and additional Memoji, are also coming to iPadOS 14. iPadOS is also getting a condensed Siri interface, like in iOS 14, and phone calls will now appear as a “compact notification” popping down at the top of the screen, rather than taking the screen and covering up everything that you’re doing.

Though this is its 14th version, iPadOS is technically less than a year old. Apple only created the iPadOS branding at last year’s WWDC, when it announced plans to split off an iPad-specific version of iOS. The thinking seems to be that the iPad and the iPhone are now so different that they warrant different versions — or, at least, that the separate branding makes the iPad seem cooler.

The iPad has started to diverge from the iPhone in some notable ways, though. Apple added support for mice and trackpads last year, and it finally made the home screen a little bit richer by adding widgets (something that’s now coming to the iPhone, too). The iPad also has a constantly evolving multitasking system that’s far more capable — and complicated — than the iPhone’s. As Apple continues to treat the iPad more like a traditional computer, it may make sense to start viewing its operating system as a distinct entity.