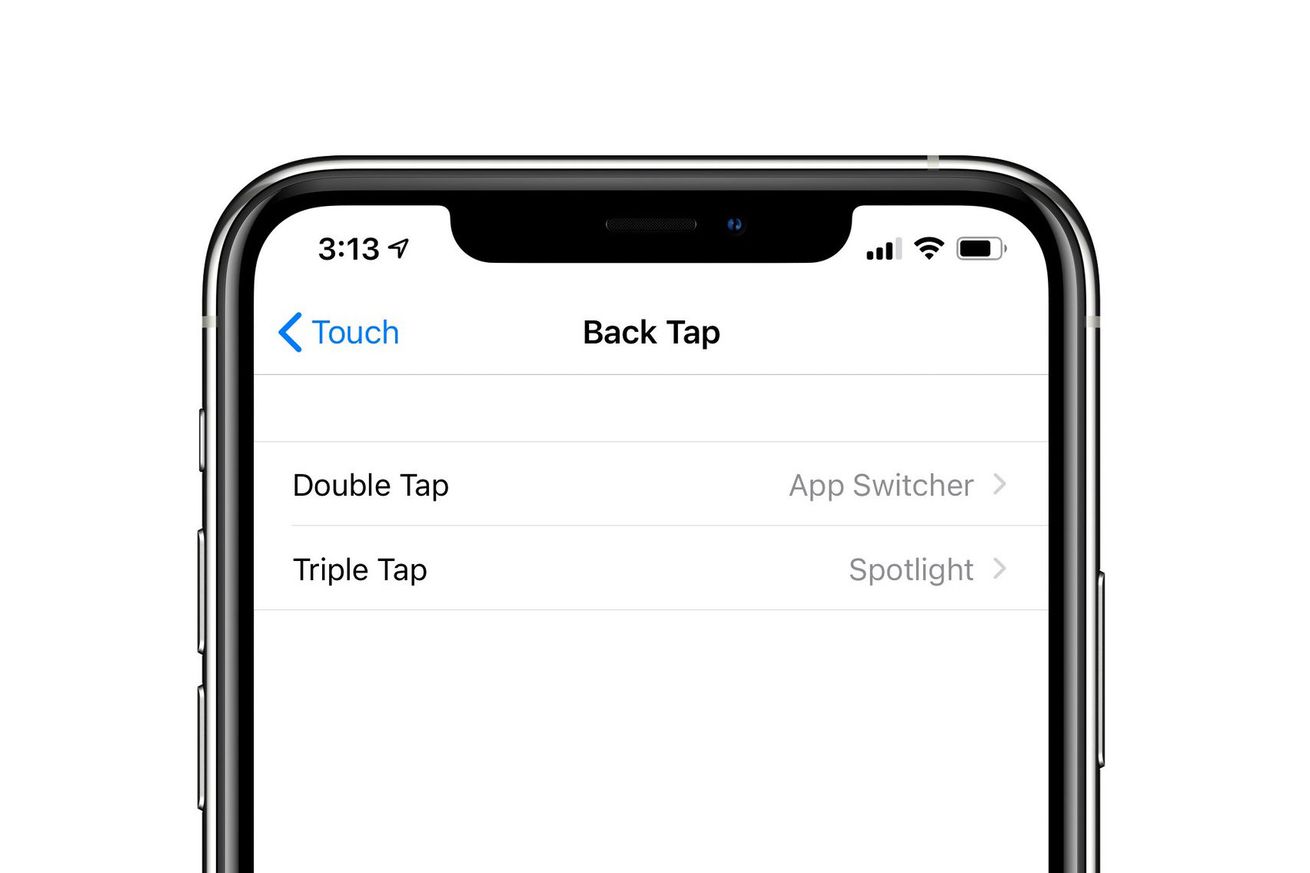 You can double or triple tap the back of your phone to activate certain commands. | Image via Federico Viticci / Twitter

Yesterday at WWDC, Apple announced iOS 14, the latest version of its iPhone operating system. But, as is often the case with Apple, there were many features that didn’t get mentioned on stage. One of these is “Back Tap” — a new accessibility feature that lets you double tap or triple tap the back of your iPhone to perform a custom task.

Back Tap opens up a huge range of new automation options

Back Tap looks to be extremely useful. It seems you can link the double or triple tap options to a range of system tasks, including taking a screenshot, locking or muting your phone, changing the volume, and even launching specific apps like Google Assistant.

You can even use these taps to activate Shortcuts, which opens up a whole new range of possible automation options. By using Apple’s HomeKit, for example, you could create a shortcut that turns on or off all the lights in your house, then activate it by double-tapping the back of your iPhone when you wake up and go to bed.

The feature is accessible on iOS 14 via Settings > Accessibility > Back Tap. You can see the feature in action below:

With Back Tap, you can perform various action by double or tripple tap on the back of your iPhone. Here’s one I set double tap to take screenshot. pic.twitter.com/uZKv4Cjorf

Double tap the back of the iPhone to launch Google Assistant? Yes please. #iOS14 pic.twitter.com/FeKOlD0WL5

iOS 14 has a new Back Tap feature in Accessibility and it’s wild. You can perform quick actions by double- or triple-tapping the *back of your iPhone*. Literally quick taps on the back; works with a case on.

These include system actions as well as custom shortcuts. pic.twitter.com/87uJU9qAtu

According to people who have installed the iOS 14 beta already, Back Tap works surprisingly well, even with a phone case on. However, we’ll have to see exactly how reliable it is in real-world tests. If there’s a chance of false positives as your phone bumps about in your pocket, for example, then linking Back Tap to any important functionality would be a big no-no.

This isn’t the first time we’ve seen a feature like this though. HTC let users tap and even squeeze the sides of the U12 to execute certain actions; the Pixel lets you tap your screen when locked to check your notifications; and Google seems to be testing a similarly customizable double tap feature in Android 11. Though in the latter case, it’s not clear if the feature will become official, or which devices it might work with.

If you’ve installed iOS 14 and played around with Back Tap, let us know what you made of the feature in the comments below.