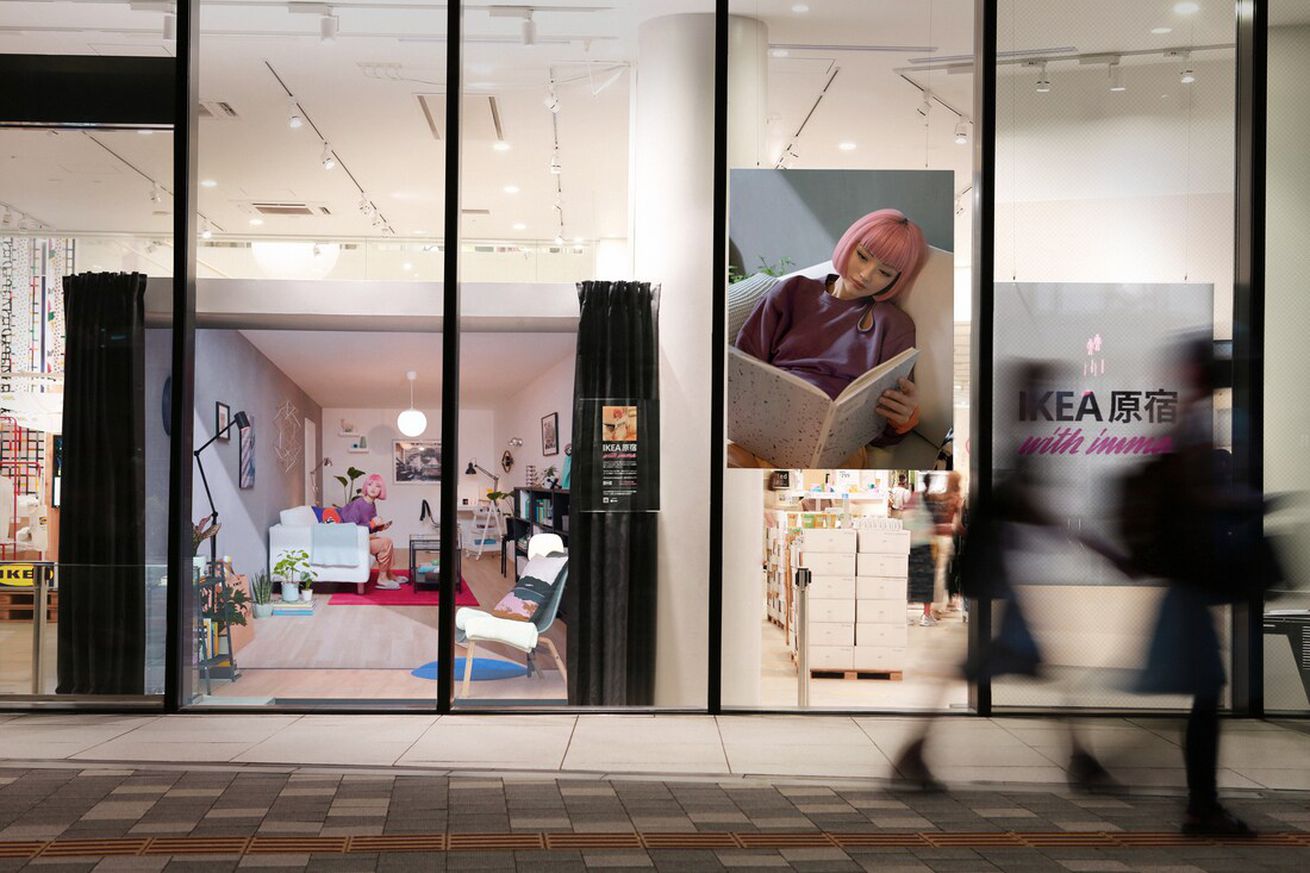 This past weekend, the Ikea Harajuku location in Tokyo was home to something unique: an installation starring a virtual person. The retail giant partnered with Imma, a virtual influencer, in order to explore the concept of “happiness at home.” Over three days, those passing by the first floor could peer into Imma’s living room, watching as she lounged on a couch, mindlessly browsing her phone. Meanwhile, a view into her bedroom was streamed on a screen on the second floor, viewable from Harajuku Station.

Of course, these weren’t real living spaces, since Imma is a CG model and not an actual human. But Ikea says that it created the installation using LED screens inside of the physical rooms, which were “curated” by Imma, to give the appearance of Imma being in a real place. You can watch a recap of the lengthy event below, though be warned not much happens.

For the uninitiated, Imma is part of a growing trend of virtual influencers: essentially CG characters that are active on social media in different ways. The most famous is Miquela, who has transitioned from Instagram celebrity to budding pop star — she even launched a new video at Coachella. Imma, meanwhile, is run by a talent agency for “virtual humans” and is active on both Instagram and TikTok.