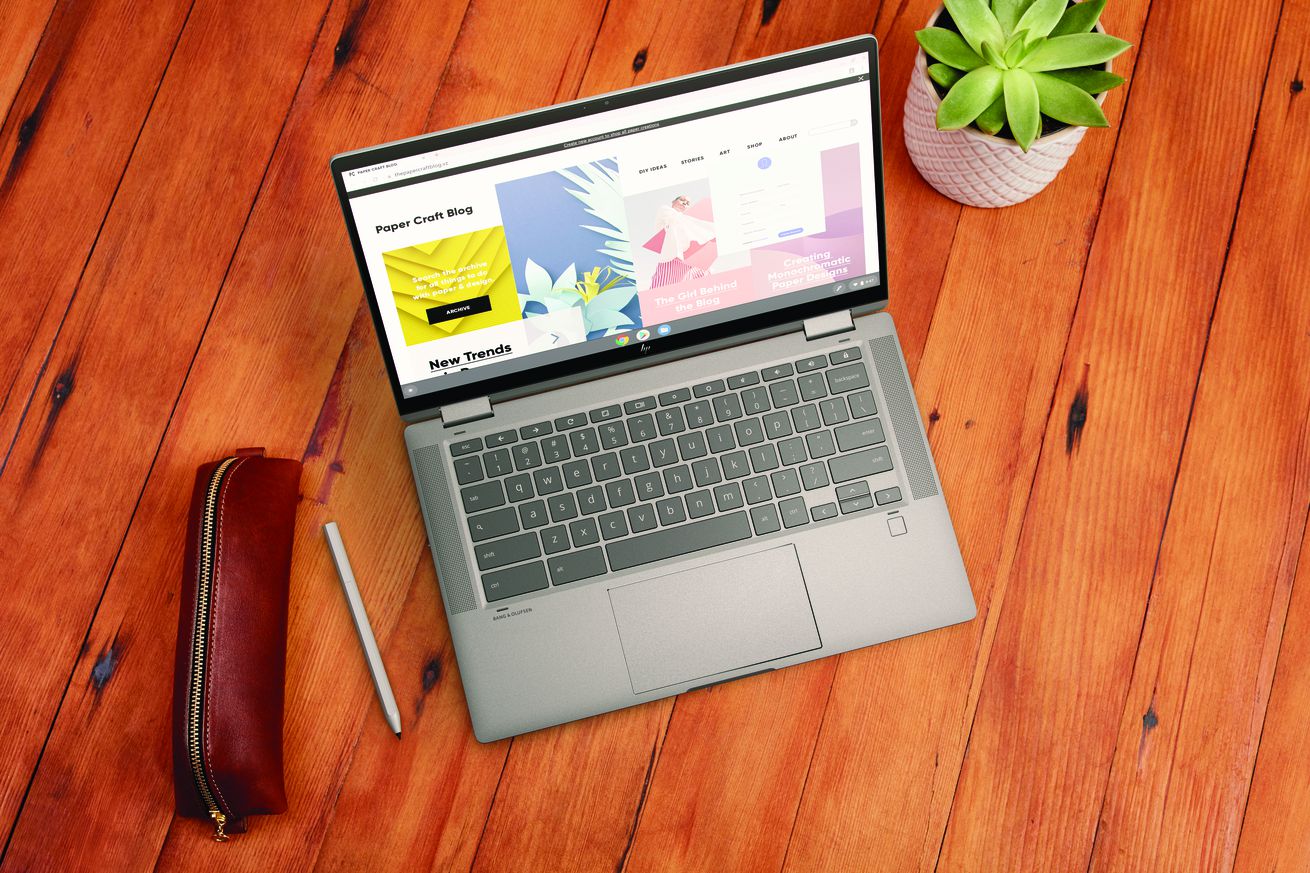 HP has announced its Chromebook x360 14c, which it says is its most premium Chrome OS product yet. It starts at $499 and will be available in June.

The 3.5-pound convertible device has a 14-inch touchscreen with an 88 percent screen-to-body ratio —the largest ever for an HP-made consumer Chromebook. Take a peek at the photos below — it looks nice:

Inside, you’ll find up to 10th Gen Intel Core i5 processors, up to 128GB of eMMC storage, and a claimed 13.5 hours of battery life. There’s a backlit keyboard, a webcam privacy switch, a fingerprint reader, and fast charging (HP claims you’ll get 50 percent in 45 minutes). The fingerprint reader is something we wouldn’t necessarily expect to see on a $499 laptop (but whether it’s really a benefit will obviously depend on how well it works).

That price is quite a bit lower than that of other Chromebooks that have been marketed as “premium” convertibles this year, including the $1,000 Samsung Galaxy Chromebook and Asus’ $799 Chromebook Flip C436. Of course, I can’t verify HP’s claims until I’ve gotten a unit myself.

HP also announced the Chromebook 11a, aiming more toward the budget end of the laptop market with a starting price of $219. This one has an 11.6-inch display (there are touch and non-touch options), up to 32GB of storage, 13 (claimed) hours of battery life, and Intel’s entry-level Celeron Dual-Core processors.

As you can see below, the bezels around the screen are quite chunky compared to those of the more expensive x360. But as sub-$300 products go, it looks to have a friendly and clean design — and at 2.99 pounds, it’s fairly light as well.

Still, the 11a has some steep competition in this price range, including the excellent $219 Samsung Chromebook 3, Acer’s $229 Chromebook 15, and Lenovo’s $279 Chromebook Duet. Keep an eye out for reviews to see how it compares.

Both Chromebooks are coming in June to HP and Best Buy.