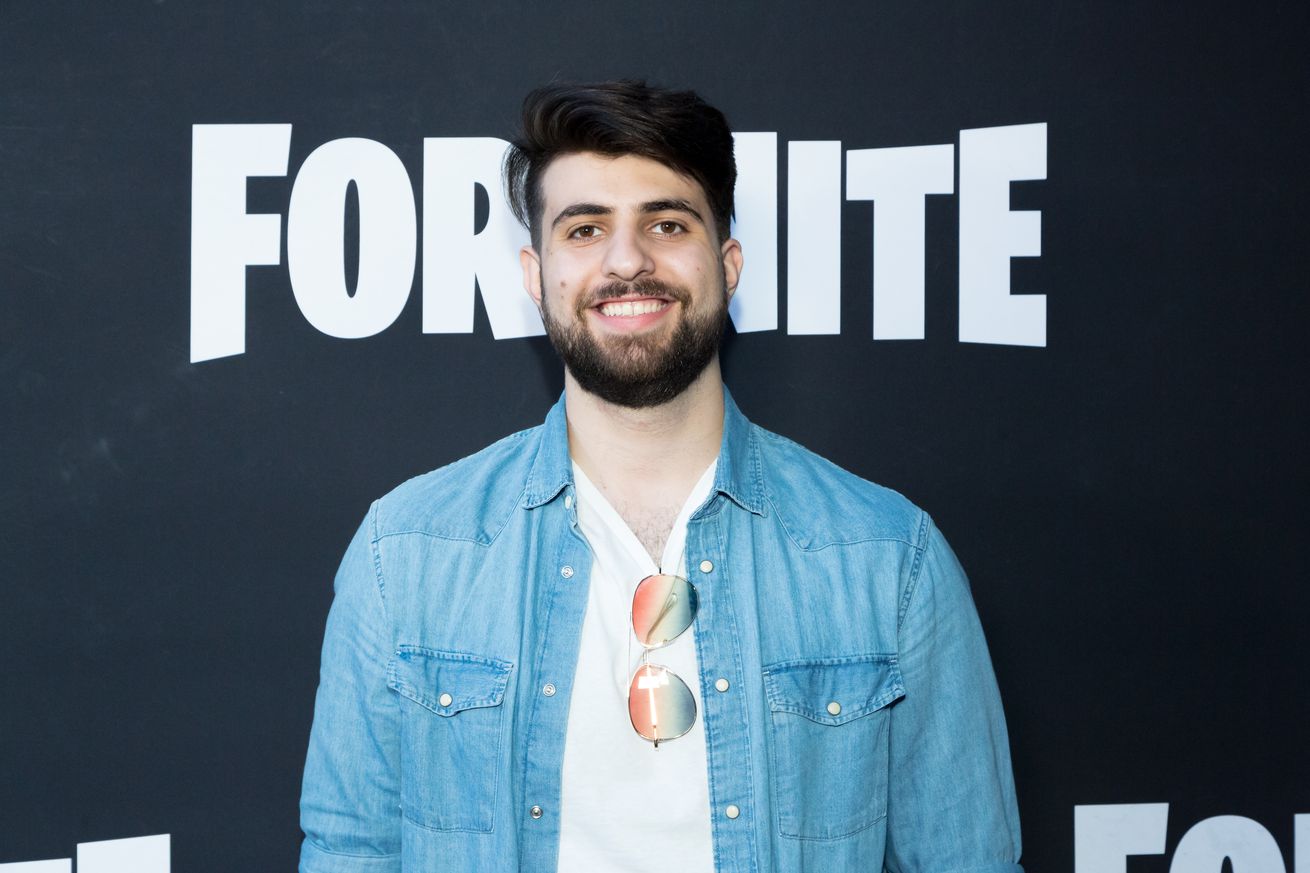 Or: how aim assist has changed the game

Sometime in the next few weeks, Fortnite will begin a new season, the third since its Chapter 2 overhaul debuted last October. I’ve been playing since the second season — which began way back in December 2017 — and over the years I’ve seen the game and its players change and evolve. The game shifted, the players adapted, and then the game would shift again. The metas were constantly in flux, and casual players were mostly happy. The world of competitive Fortnite had its disagreements with the developer’s adjustments, like any other competitive video game scene, but lately it seems like things have gotten untenable. Professionals like Turner “Tfue” Tenney have seemingly given up on the game after a bad run in the Fortnite Champion Series qualifiers; there were recently a flurry of posts on the game’s competitive subreddit about an issue that seemed to be ruining the experience of playing the game itself.

For the uninitiated, aim assist is exactly what it sounds like. In many shooters, especially on console, the computer actually helps you aim. In single-player games, it helps with immersion; would you really feel like a heroic super soldier if you couldn’t hit your shots? But in games that have player versus player modes, it can make the experience of playing feel unfair. (I should pause here to note that aim assist is traditionally something that’s used for people gaming on controllers — it’s hard to aim accurately with a thumbstick without loads of practice and / or talent.)

Traditionally, Fortnite has always had aim assist. The reason players in the competitive scene are upset, however, is because the game’s aim assist changed. A year ago, at the Fortnite World Cup, there were between four and six controller players who qualified in the solos and the duos tournaments, which means that around 90 percent of players were using a mouse and keyboard. “And even around that time those tournaments that were being held, very few controller players were making it to the top 100,” says Ali “SypherPK” Hassan, a professional Fortnite streamer who’s one of the most popular players on Twitch. “And then a year later, we now have tournaments, like the weekly cash cups or the FNCS [Fortnite Champion Series] on NA East [North America East servers] where the lobbies now have more than half of the players on controller.” According to Hassan, on the NA East servers, the majority of the top 100 FNCS qualifiers were on controller — 55 to 44 or 45 on mouse and keyboard.

And at the highest levels of Fortnite competitive play, there’s a lot of money on the line, not to mention glory. At last year’s World Cup, Kyle “Bugha” Giersdorf took home the top prize in solos, which netted him $3 million in prize money and a virtual trophy in the game itself.

The trouble started last September, when Epic Games addressed competitive player complaints and began sunsetting what they called legacy aim assist in favor of a new system with linear and exponential modes. In legacy, if you aimed down your sight, your crosshair would either snap onto a target or move in their direction, depending on how close you were.

“They used to constantly have to aim down sight, and then let go of the aim down sight [ADS] button, and then aim down sight again, and it would just constantly keep snapping onto the target,” says Hassan. But constantly doing that motion introduced some inaccuracy. “It also was kind of a skill set that a lot of the casual players and semi competitive players weren’t really that good at,” Hassan says. “For some people it seemed pretty easy to spam the L2 button or the ADS button. But it was kind of an art that only really a lot of the top players knew how to use properly.” Legacy was phased out permanently this March in favor of linear and exponential, which work very differently.

It’s not casual players who are very affected by this

In linear and exponential aim assist, aiming down your sights doesn’t snap to targets. But if you’re on target, the assist feels stickier — linear and exponential seems to stick to what you’re aiming at, which means it’s harder to lose your targets. The difference between linear and exponential is also pretty simple: the names refer to the input curves. “So if you’re moving your analog stick on exponential, it’s initially going to move slower. And then the more you’re pushing [your] analog stick, it’s going to exponentially go faster,” says Hassan. “So it allows you to have better, more precise, minor movements, especially when you’re shooting long range. Exponential seems to be the better option when you’re shooting long range.”

“While linear has a linear input curve where it doesn’t matter if you’re barely moving the stick or you’re pushing all the way, the speed at which your process is moving is consistent,” he continues. Essentially, one is better for precision in long-range fights, and the other is better suited for short-range flicks and spraying.

I should pause here for a bit to note two things. First, the aim assist controversy is happening mostly in professional spheres — it’s not casual players who are very affected by this. Second, all of this only applies to people playing on PC because the aim assist strength appears to be tied directly to frame rates. Which is to say you’ll have much stronger aim assist playing on 240fps than you would at 30fps. And at this point in the game’s life cycle, it’s basically only PCs that can run Fortnite at more than 60 frames per second.

Legacy was phased out permanently this March

The other thing that’s worth mentioning is how the meta — the metagame, which refers to the dominant gameplay strategies players use to win — has changed, because it’s incentivized the kind of close-range combat at which linear aim assist excels. Submachine guns, which are used at close range, are very powerful now; the other thing that’s important is Epic’s removal of traps from the game, which you could stick to walls to instantly deal 150 damage to an opposing player. (Health maxes out at 200 points.) All this matters because a lot of high-level Fortnite gameplay happens at very close range, in what’s known as box fights — players build boxes around themselves and edit the shape of the walls around them to attack their opponents. At full speed, it looks beautifully chaotic.

“When you jump into another player’s box, tight combat becomes a little bit problematic because a lot of times builds are breaking around you and the camera angle can get skewed in a way where it’s hard to see your opponent,” says Hassan. If you can’t see your opponent, it’s easy to make mistakes. “But on controller, a lot of times your aim assist might compensate for the lack of visuals on your screen, whether that’s builds breaking or whatnot,” he continues. “I’ve shown footage of, you know, players tracking opponents through like explosions and debris of builds on controller, where that’s kind of impossible to a mouse and keyboard unless you’re just kind of guessing.” And because traps are gone now, there’s really no way to punish players who jump into your boxes. “The players that like to jump into boxes the most are controller players,” he says. “So the meta definitely kind of shifted back into a more controller friendly play style.”

As Hassan points out, it used to be rare for someone to play with a controller on a PC — it was weird, he says, when the high-profile streamers Aydan Conrad and Nick “NickMercs” Kolcheff switched to PC back in the day. “It was kind of a controversial move,” he says. But now a lot of people have made the switch, and it shows. In the platform cash cups, which are held regularly, Hassan says there are more players in the PC lobbies playing on controllers than on mice and keyboards. “Some of the top players, like Scope for example, used to be on console — you know, five, six months ago swapped to PC, started dominating on PC.”

It has also frustrated a lot of top players, like Tenney (who hates the state of aim assist), Josef “Liquid Stretch” Liepshutz (who placed third in the FNCS week 2 qualifiers), and even some longtime controller players like Co1azo. “So there’s a lot of frustration, but then there’s also a lot of pushback from some of the controller players. “And unfortunately, the way this works usually is a lot of the people who defend controller or defend the current state of aim assist are on console,” Hassan says. “But in reality console controller aim assist really doesn’t work the same way as PC. It doesn’t have the same stickiness and tracking that PC does.”

The real problem here is balance. It’s very hard to balance a cross-platform game because each platform has its own advantages and limitations — playing Fortnite on mobile is not the same as playing the game on mouse and keyboard, even if it is superficially the same experience. Hassan thinks that Epic Games should do some testing where they have separate controller tournaments and mouse and keyboard tournaments. “I think it’s going to be nearly impossible to have a perfect balance between controller and mouse and keyboard,” he says. “Either controller is going to be too weak like it was a year ago without all the settings that they have now, and they weren’t even, you know, qualifying for the finals, or it’s going to be a situation like nowadays,” he says, referring to the fact that there wasn’t a single mouse and keyboard player in the solo FNCS qualifiers top 10.

“When you try to make controller competitive, you’re going to have these frustrating fights, or people are getting just absolutely lasered at the expense of them not maybe not being able to edit or build as precisely as mouse and keyboard,” says Hassan. “Then if you don’t give them that opportunity, they’ll never qualify for these tournaments.” Which is to say: the state of the game is complicated. Epic, however, seems to have caught on. In the last game update, the developer silently nerfed controller aim assist on PCs — they weakened its effect without explicitly telling players. Epic declined to comment for this story, but I have no doubt that Fortnite’s creators are thinking about their next move.