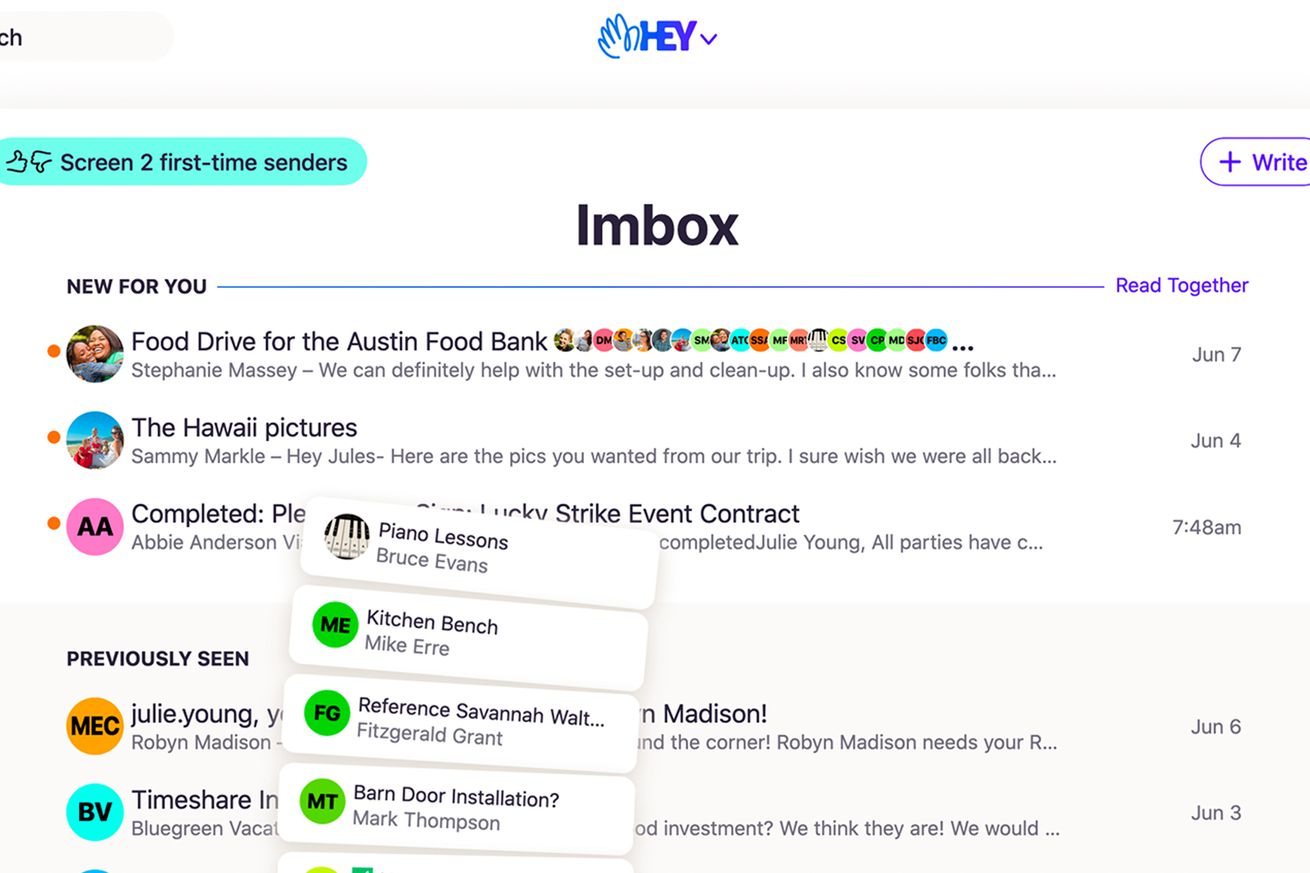 Hey — the new email service from Basecamp that’s been the subject of the latest fight over Apple’s App Store policies — has announced that starting today, it’ll be open for anyone to join, no invite code required.

Hey had originally launched as an invite-only service that costs $99 per year to use. Unlike other email apps, like Superhuman, which are effectively extra layers on top of an existing Gmail account, Hey is a completely new email service, offering features like contact screening and advanced sorting options.

The drama surrounding Hey began shortly after the new email service started to roll out to customers in the middle of June. After the initial Hey app was approved in the iOS App Store, an update with bug fixes was then rejected by Apple, which claimed that Hey — by not offering an in-app purchase option, which Apple gets a cut of — was violating App Store policies. Hey responded by very publicly calling out Apple, with David Heinemeier Hansson, the CTO of Basecamp, saying that Apple was acting like “gangsters” in its enforcement.

Apple initially doubled down on its stance, arguing that “when users download your app, it does not work” because a subscription is required but not offered — something that’s against the rules for apps, with exceptions for just a few narrowly defined “Reader Apps,” like Netflix. Furthermore, according to Heinemeier Hansson, if Hey didn’t update the app to either support Apple’s in-app purchases or give it some sort of Apple-approved functionality, Apple had threatened to remove the app entirely from the App Store.

Just as things were coming to a head, though, Apple quickly deescalated the fight, approving Hey’s rejected bug fix patch and giving the company time to create a version of the app that meets Apple’s rules (the new version, with the aforementioned 14-day free burner accounts, which went live today). Apple also quietly amended its developer rules at WWDC 2020 to allow developers to formally appeal violations of App Store guidelines, and it promised that it would no longer delay app updates with bug fixes over guideline violations.