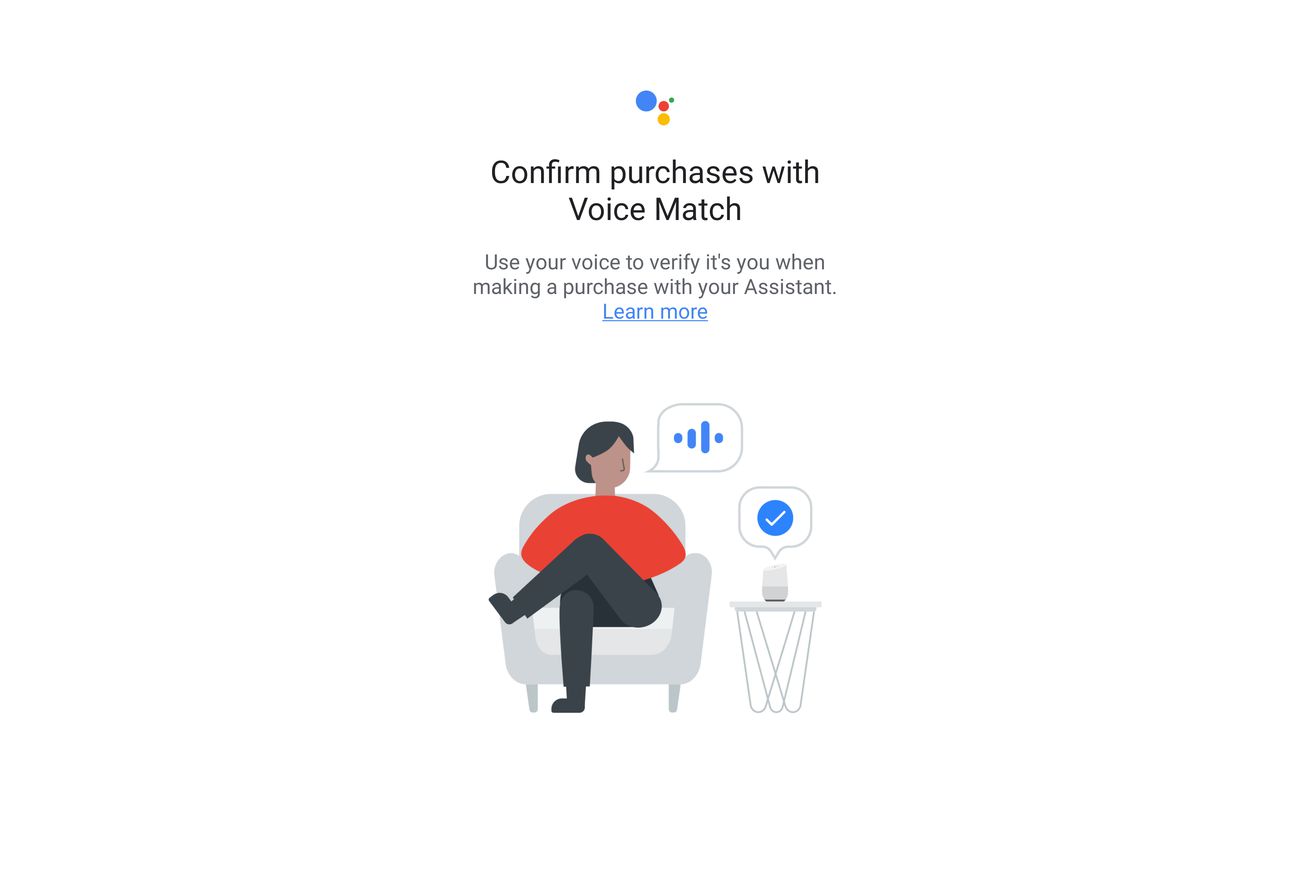 The feature is intended for use with smart speakers and displays, according to Google. | Image: Android Police

Google Assistant’s Voice Match feature can now secure purchases made through its voice assistant as part of a limited pilot program. A spokesperson from the company confirmed to Android Police that the functionality is new, and is designed to help secure purchases made on smart speakers and smart displays. At the moment, it’s restricted to in-app digital purchases through Google Play, as well as restaurant orders.

When we followed the instructions shown on Google’s support page to enable the feature we only saw the option to enable the assistant’s existing fingerprint or face unlock security methods. Other users have reported that they were able to see the Voice Match menu option, but that the software froze when they tried to enable it.

Screenshots posted by Android Police show the setup process for the feature. “Use your voice to verify it’s you when making a purchase with your Assistant” the software reads. It also warns that the feature’s security may not be perfect, noting that “someone with a similar voice or recording may be able to confirm purchases on devices you’re logged into.”

Although it may not be the most secure method, using your voice as security has the potential to be a lot more seamless than using your phone to respond to a fingerprint or face unlock prompt. It could also be more convenient than Alexa’s existing security method, which allows you to use a PIN to protect purchases made using your voice.

Voice Match is a Google Assistant feature that allows the assistant to tell the difference between who’s addressing it. Last month, 9to5Google reported that Google updated the Voice Match training process to allow it to distinguish between people with “significantly higher accuracy.” However, there are reportedly still limits on how much money you can spend using just your voice as security, Google confirmed to Android Police.

Considering Google I/O 2020 developer conference had been scheduled to take place earlier this month, there’s speculation that the company had hoped to debut it there. Google gave no indication about when voice match confirmed purchases might see a wider release.