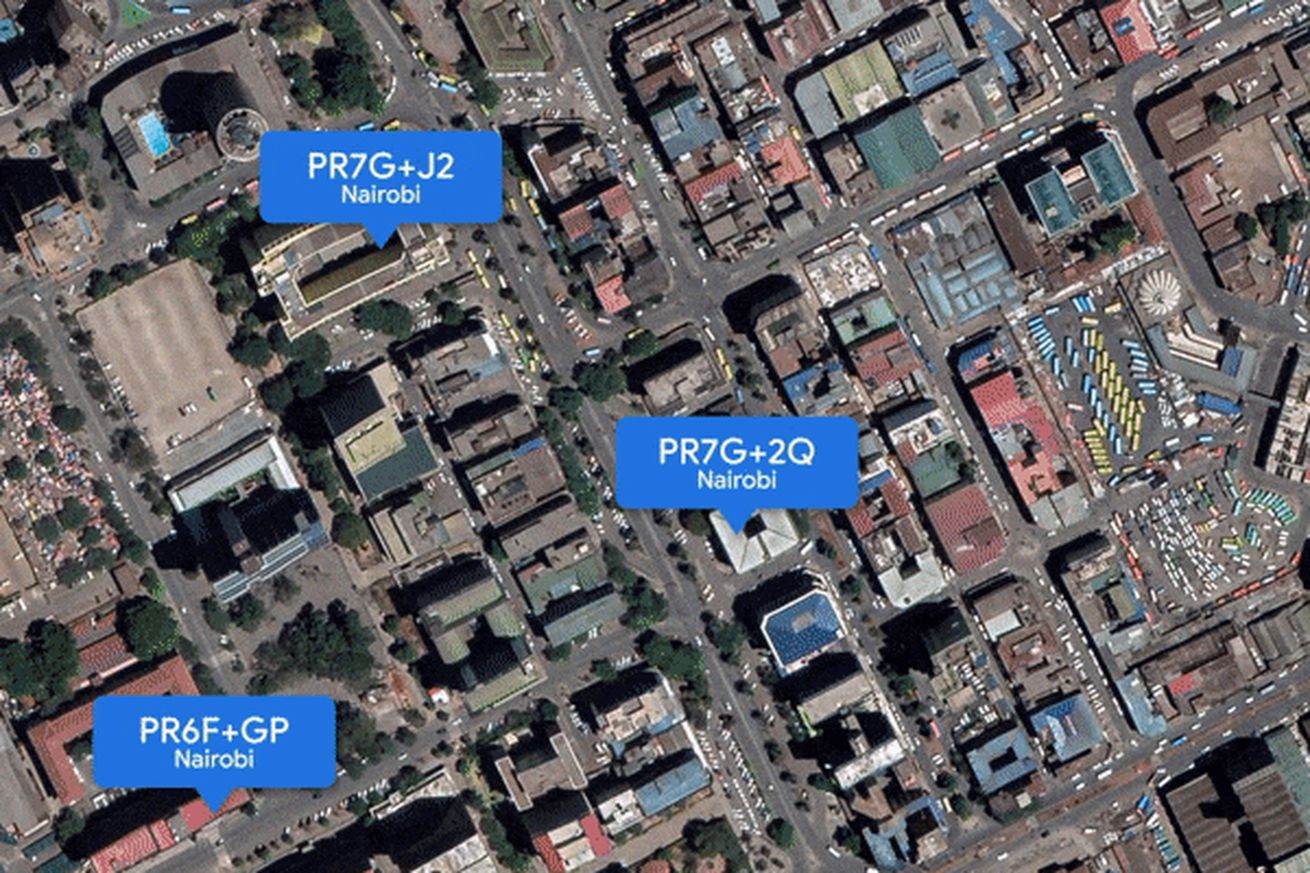 Plus Codes consist of six digits, and can represent locations when street addresses aren’t in common use. | Image: Google

Google Maps is launching a new feature that generates a unique six-digit code based on your location. This code can be given to others and used when you’re located away from a traditional street address. It’s called a “Plus Code,” and it’s available with a tap of the blue circle icon that represents your location in the app.

Plus Codes are designed for countries where a lack of street names can make it difficult to identify addresses. Google says this can cause problems when emergency services are trying to respond to incidents, and it has implications for everyday needs like postal deliveries. According to the company, over 2 billion people worldwide either don’t have an address or have one that’s not easy to locate.

Plus Codes have been around in Google Maps for a little while, but until now, the main way of accessing them has been by dropping a red pin on a location. Tapping the pin reveals the location’s Plus Code, alongside latitude, longitude, and a street address (if applicable).

Plus Codes normally come in the form of a series of digits separated by a plus symbol, along with the name of the town or city where it’s located. For example, “HR8P 84 London” is the Plus Code for a spot in the middle of Hampstead Heath, a park in north London. If there’s no town nearby, the town name can be replaced by a four-digit area code, and an additional character can be added to narrow down the location further.

A code can be turned into a location by entering it into the search box in Google Maps. It works offline, according to the Plus Codes website, and the technology is open source under the Apache 2.0 license, meaning other developers can include the technology in their apps.

An example of somewhere where a Plus Code could be useful can be found in this BBC article from last year, where a journalist describes the process of giving their address to set up a bank account in The Gambia. They lived in an unnumbered house on an unnamed street, and so instead of writing out their address, they were told to draw the location of their house, “in relation to the nearest landmarks.” Google and the Addressing the Unaddressed NGO have shown how Plus Codes were used to help give addresses to a community in Kolkata, India, back in 2018.

Back in February, Google CEO Sundar Pichai described Plus Codes as an important part of making Google Maps work for more people around the world. “With a digital address, more people will be able to access things like banking and emergency services, receive personal mail and deliveries, and help people find and patronize their businesses,” the CEO wrote. “It’s still in early days, but we’re excited about the potential.”