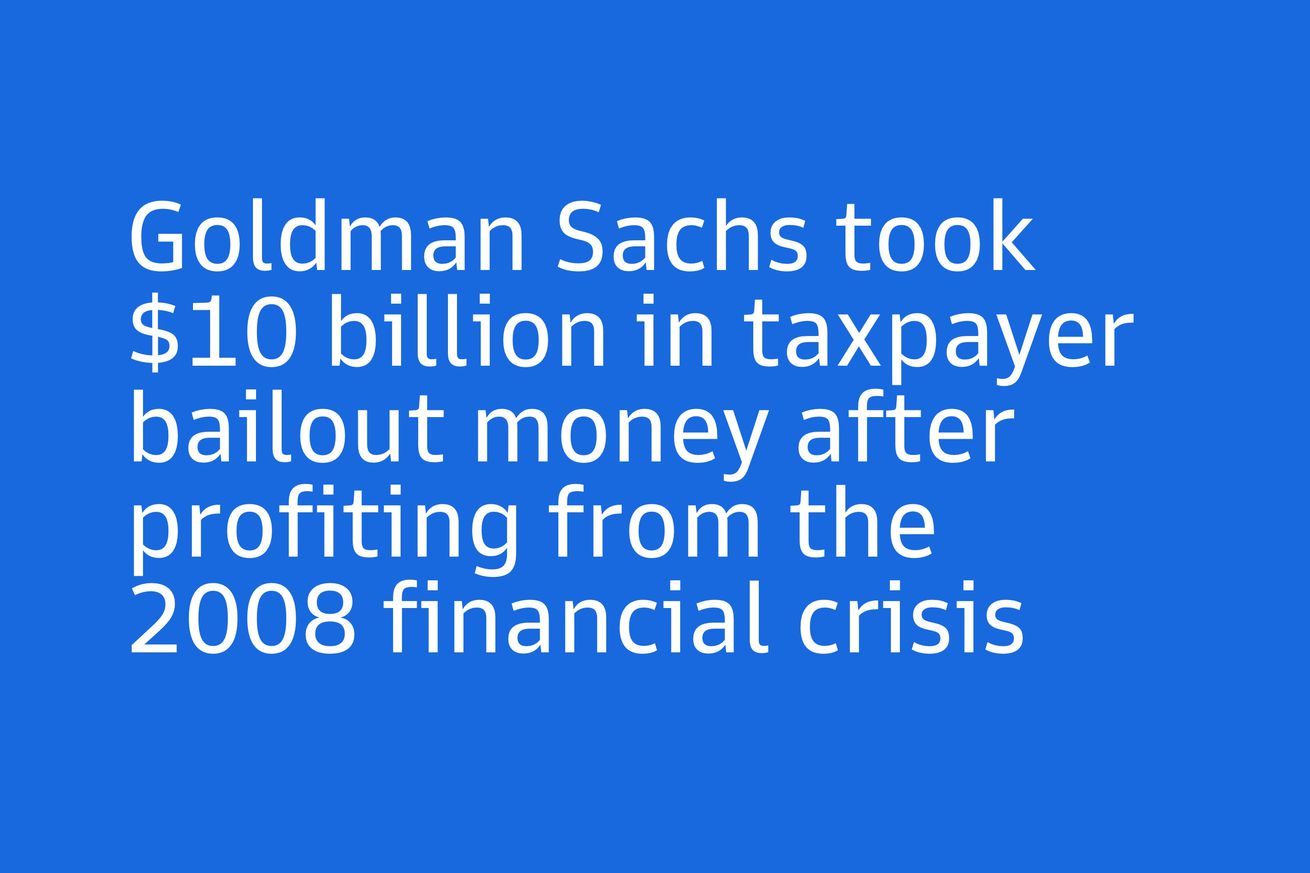 Investment bank Goldman Sachs has released its very own typeface: an inoffensive set of sans-serif fonts dubbed Goldman Sans. But in the spirit of bankers everywhere, these fonts come with a catch in the contract. As their license states, you’re free to use Goldman Sans for just about anything you like so long as you don’t use it to criticize Goldman Sachs.

Just by downloading the package of fonts, you agree to these terms and conditions. And although Goldman Sans is nominally a free font, Goldman Sachs retains complete control over the license, allowing it terminate usage for any reason it likes.

Here are the relevant passages from the license:

C.c. The User may not use the Licensed Font Software to disparage or suggest any affiliation with or endorsement by Goldman Sachs.

D.2 This License shall terminate and become null and void for any use that does not comply with any of the conditions in this License. Further, Goldman Sachs may terminate this License, without notice to the User, for any reason or no reason at all and at any time, completely at Goldman Sachs’s sole discretion

It’s a fitting bit of low-grade legal shithousing from a company that was most memorably described as “a great vampire squid wrapped around the face of humanity, relentlessly jamming its blood funnel into anything that smells like money.” This little contractual clause was spotted by Twitter user Matt Round and picked up by BoingBoing, where The Verge saw it.

Of course, no one should be particularly surprised that a bit of marketing fluff to bolster Goldman Sachs’ brand doesn’t actually mean the company is engaging with egalitarian design principles. But the license raises an interesting question: how much disparagement will Goldman Sachs allow before it terminates the font’s use?

What if you took, for example, the noticeably lengthy “Controversies and legal issues” section of Goldman Sachs’ Wikipedia page and rendered that in Goldman Sans? Is that disparagement? I mean, I would personally have my feelings hurt if you talked about how I defrauded customers for profit during the 2008 financial crisis or about my involvement in a “brazen scheme to loot billions of dollars from a Malaysian sovereign wealth fund.” Then again, I’m not one of the world’s most powerful, long-lived, criticized and maligned but seemingly bulletproof financial institutions. I don’t even have my own font.