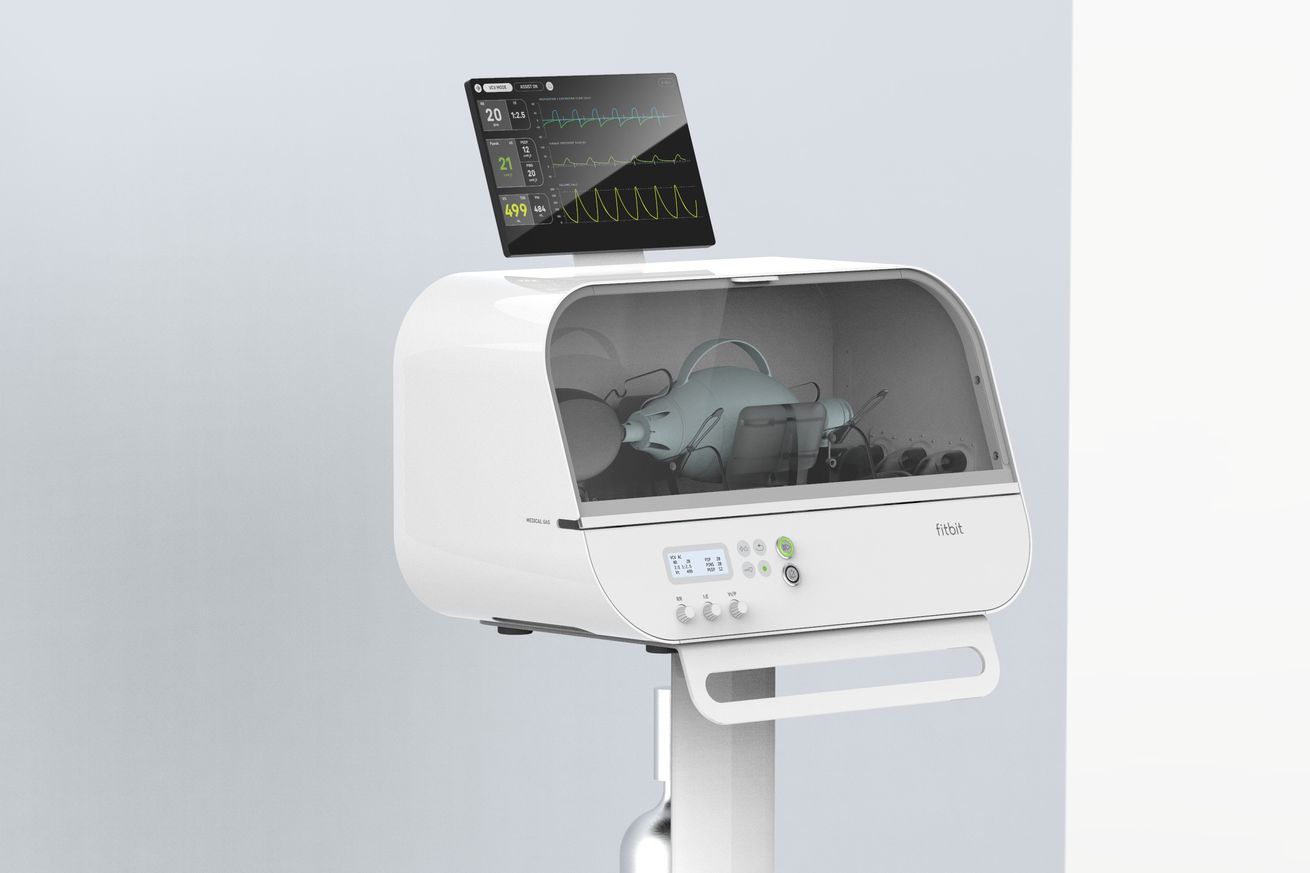 Wearable company Fitbit has officially unveiled the Fitbit Flow, a new ventilator with FDA approval for use during the COVID-19 pandemic. The ventilator has been granted emergency use authorization by the FDA, meaning it can only be used to treat people during the current health crisis. Fitbit tells The Verge that it hopes to sell the Flow for around $5,000, significantly less than traditional ventilators, and that production is scheduled to begin this month.

As its low cost might suggest, Fitbit doesn’t see the Flow as a like-for-like replacement for traditional ventilators. The company says that it’s only designed be used when one of the more expensive devices is not available. Although the ventilator has secured regulatory approval for use during the pandemic, Fitbit says that it is not otherwise FDA cleared or approved.

“We saw an opportunity to rally our expertise in advanced sensor development, manufacturing, and our global supply chain”

Fitbit says that the Flow is designed around resuscitator bags used by pandemics, but features additional sensors and alarms to help monitor patients. The wearable company consulted with medical staff and practitioners while developing the ventilator, which it hopes will be easier to use than traditional ventilators.

“We saw an opportunity to rally our expertise in advanced sensor development, manufacturing, and our global supply chain to address the critical and ongoing need for ventilators and help make a difference in the global fight against this virus,” Fitbit’s CEO and co-founder James Park said in a statement.

Fitbit announced its ambitions to produce a ventilator last month after concerns emerged that there aren’t enough of the machines to treat all the patients who’ll need them during the pandemic. The Wall Street Journal reported that in April the US government had been scrambling to buy thousands of ventilators to deal with the crisis, but that demand for the machines had ended up being lower than expected. However, the ventilators may end up being needed if the virus spreads further, or due to other factors like the start of the influenza season later in the year, the WSJ notes.

Other non-medical companies have also pledged to produce ventilators in recent months. Vacuum manufacturer Dyson received an order from the British government to produce a machine, but later said that its ventilator eventually hadn’t been required. Tesla has also shown off a prototype ventilator made using its car technology, while a ventilator developed by NASA engineers received emergency use FDA approval at the end of April.