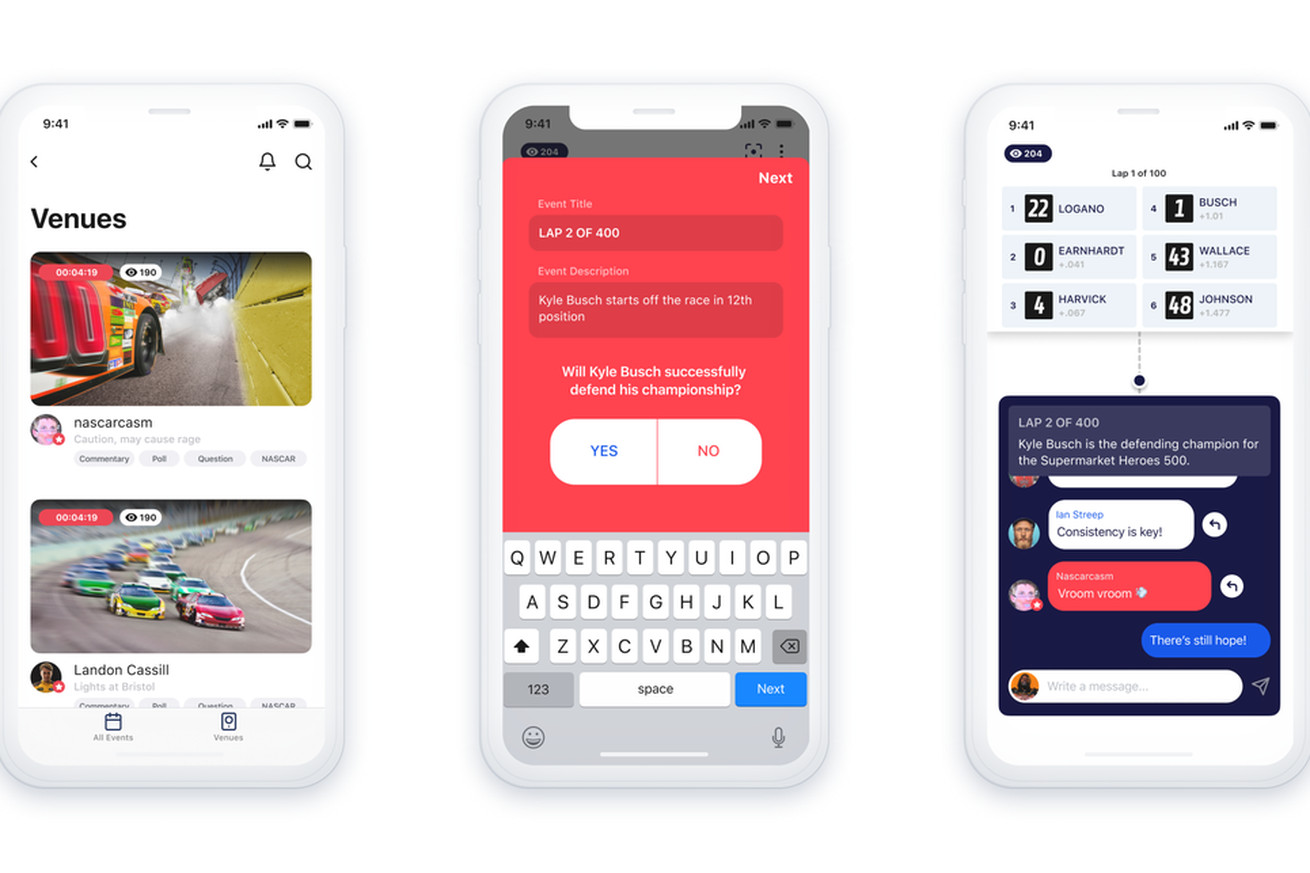 Facebook’s Venue is a new app that’s designed to make the process of watching live events more social. The digital companion app has been developed by Facebook’s R&D group, the New Product Experimentation (NPE) team. Its first live event will be this Sunday’s NASCAR race.

Venue appears to be Facebook’s attempt to dethrone Twitter’s role as the de facto way to chat with others while watching an event live, TechCrunch notes. However, while Twitter allows any of its users to join a conversation, usually by tweeting along using a hashtag, Venue is a much more curated experience. Commentary will mainly come from select expert commentators such as journalists or athletes, while public participation will be concentrated into conversations or polls around specific moments.

In an apparent attempt to make it easier for viewers to focus on one screen at a time, they’ll receive notifications via the app when there’s a new digital event for them to interact with. Facebook is calling these “Moments” and says they’ll happen whenever the Venue host thinks something especially memorable or interesting is happening during the event.

Sunday’s NASCAR race will be hosted by nascarcasm, and Facebook says that commentary on future NASCAR races will be provided by hosts, including NASCAR driver Landon Cassill and Fox Sports reporter Alan Cavanna.

This is the third new app to have been released by Facebook’s NPE team this week. On Wednesday, the R&D group launched Collab, a TikTok-inspired app designed to help with music collaboration. There’s also Catchup, a voice calling app designed to coordinate group calls.

Venue is available now on iOS and Android.