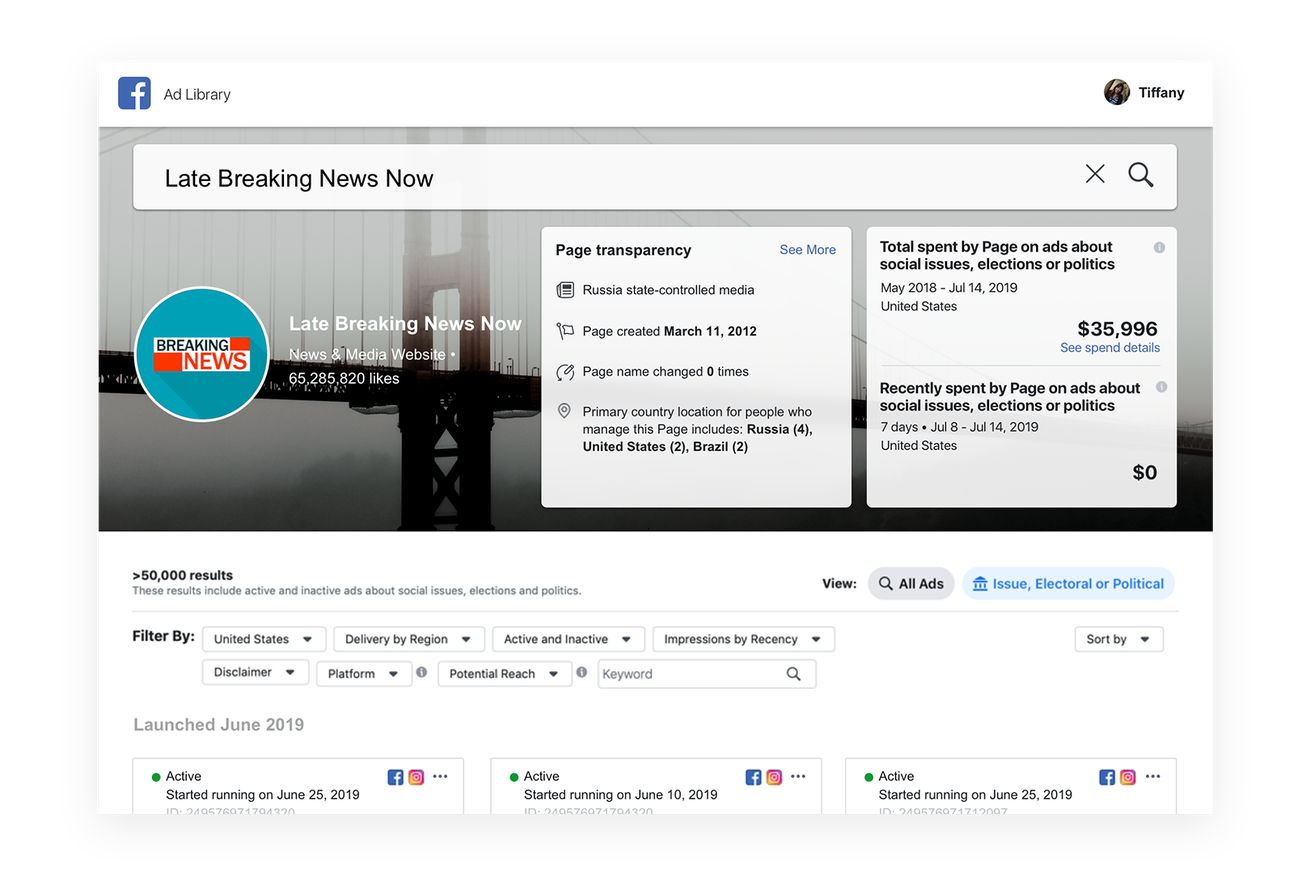 Facebook has begun labeling media outlets that are “wholly or partially under the editorial control of their government,” following an announcement of the policy in 2019. It will start labeling ads from these outlets later this year, as well as banning state-controlled media from advertising inside the US.

The company is labeling these pages because “they combine the influence of a media organization with the strategic backing of a state, and we believe people should know if the news they read is coming from a publication that may be under the influence of a government.”

Facebook labels “state-controlled media” outlets based on a variety of factors, including information about their ownership and funding, the level of transparency around their sources, and the existence of accountability systems like a corrections policy. Outlets can appeal with evidence that they operate independently, including laws that protect editorial freedom and a credible assessment from an outside source. Otherwise, Facebook will add a notice to the outlets’ pages worldwide, and labels will appear on News Feed posts in the US.

You can already see labels on the pages and posts of some outlets that have been blamed for spreading propaganda in the US, including Sputnik and RT. They’re both now defined as state-controlled media, along with other outlets like China Daily. Facebook isn’t the first to do something like this; YouTube experimented with labeling state-funded news channels in 2018, although enforcement has been inconsistent.

Facebook says state-controlled outlets “rarely” advertise in the US. But it’s blocking those ads “out of an abundance of caution to provide an extra layer of protection against various types of foreign influence in the public debate ahead of the November 2020 election in the US.” This supplements Facebook’s existing removal of “inauthentic” pages that spread propaganda or disinformation.

This labeling feature is part of a larger effort to protect the 2020 election’s integrity. However, Facebook has still faced criticism for choosing not to fact-check politicians — including President Donald Trump — on its platform.