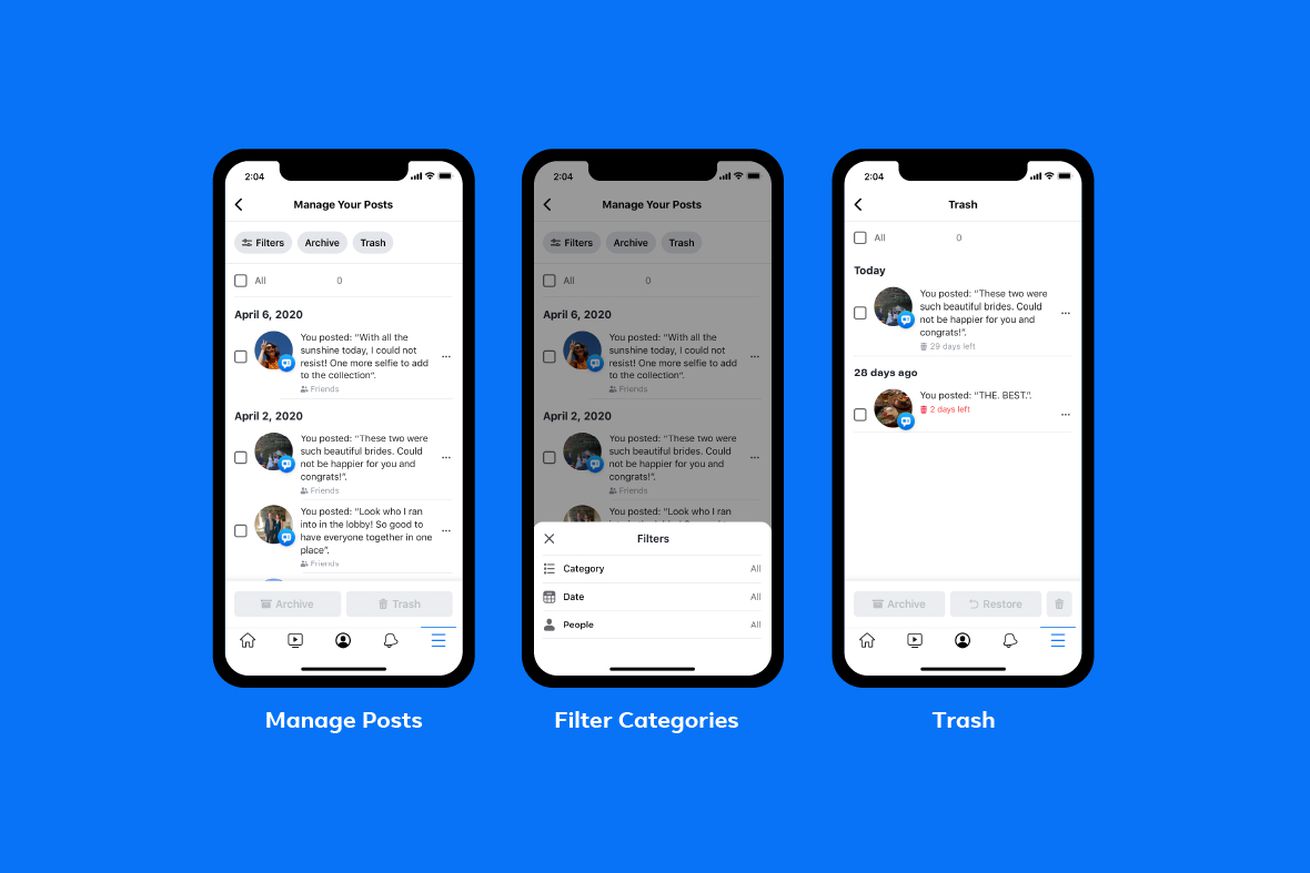 The new tool lets you filter which posts you want to delete. | Image: Facebook

Facebook is launching a new feature called Manage Activity that lets users delete their old posts. It can be used to delete individual posts or in bulk, and Facebook says it will offer filtering options to help find posts with specific people in them or in a certain time range. The feature will come to Facebook’s mobile apps first.

According to Facebook, the feature is meant “to make it easy for you to curate your presence on Facebook to more accurately reflect who you are today.” As an example, it suggests that someone might want to delete old content when they’re about to start working full time after college or remove posts that remind them of an old relationship.

There are a couple of different options to remove a post from the timeline. It can be sent to the trash, where it will be removed from public viewing immediately but only permanently deleted 30 days later. (Posts can be manually deleted sooner.) Alternatively, a post can be archived, which means it’s no longer public but can still be viewed privately.

Twitter is another public platform where you might want to delete your old posts. However, the company has yet to provide an official bulk-delete tool, which has proven to be a problem when old tweets have been dug up in an attempt to discredit or otherwise cause trouble for people. In the absence of an official tool on Twitter, various third-party tweet deletion services have sprung up.

Manage Activity is Facebook’s latest attempt to give users more control over their data. Last year, it finally launched its Clear History tool, which lets users disconnect their web browsing data from their Facebook account. However, despite its name, Clear History doesn’t delete this data; it just removes the link between it and your Facebook account.