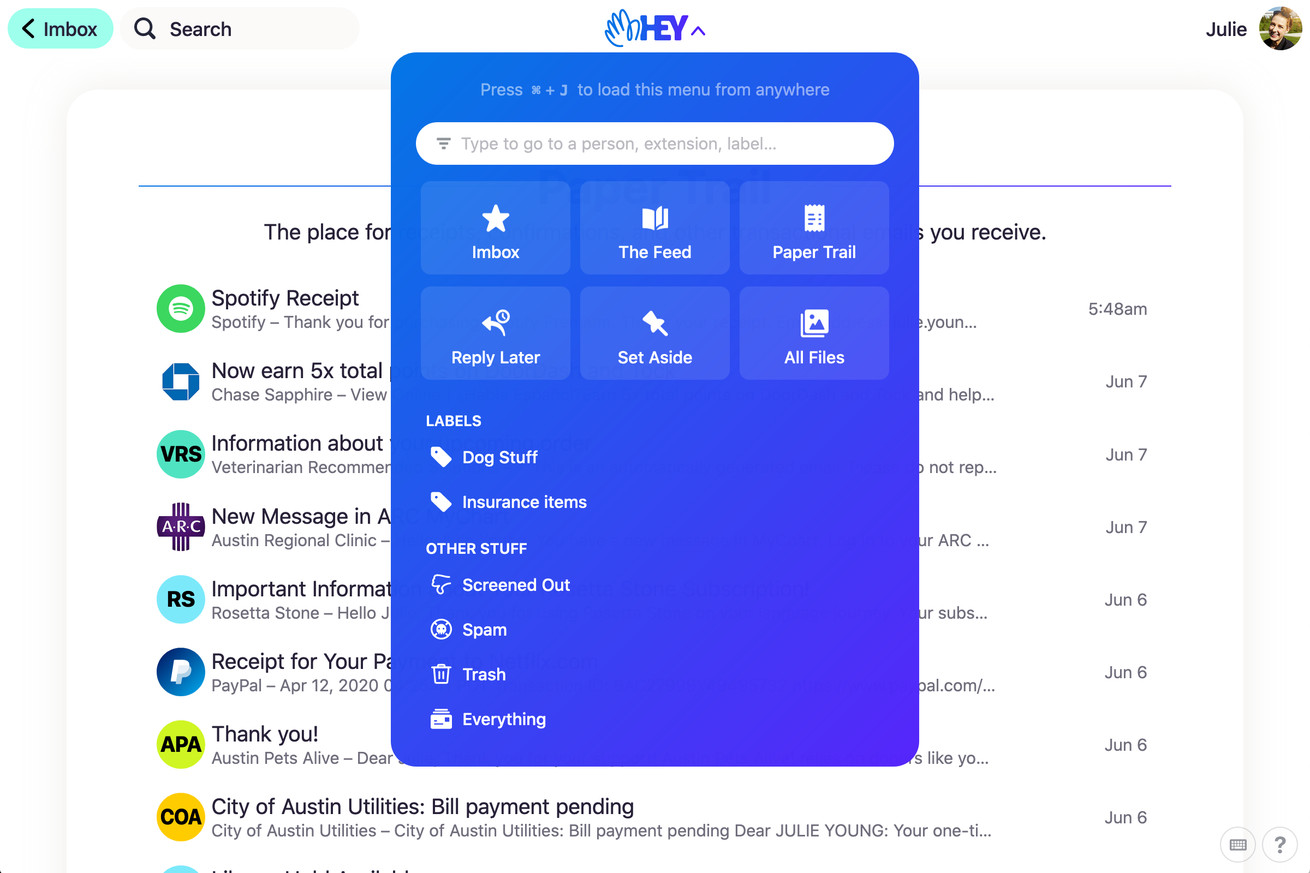 Hey, the newly announced email service, has a unique product on its slate of offerings: a rare, exclusive two- or three-letter email address, like [email protected] or [email protected] for example (or perhaps just your initials). But it’s going to cost you.

As noticed on Twitter and confirmed by David Heinemeier Hansson, the co-founder of Hey parent company Basecamp, Hey considers these shortened addresses “premium” and worth the extra money. For a two-letter address, it will be $999 a year. For a three-letter one, the cost drops to $375 a year. Everyone else who signs up for Hey, which is still in an invite-only phase until a broader launch next month, can simply pick a four-letter or longer email address and pay the standard $99 a year.

Hansson jokes that its premium address offering is how it will help pay off the huge sum of money it forked over to acquire the Hey.com domain last year, prior to launch. While that may not be entirely true, Hansson did link to a detailed blog post about the process of acquiring that domain from online video marketing expert Dane Golden. It did seem to involve a substantial transaction that fellow Basecamp co-founder and CEO Jason Fried described as “a nervous amount of money,” considering Golden wasn’t domain squatting and was in fact using the website and brand for his personal business.

This is how we plan to pay down the mortgage required to acquire https://t.co/vFxwp8Bvz7 https://t.co/zyL1PqPpYX

If you wanted to have some fun — in the event you consider some light math and business projections fun — you could try to calculate just how much money Basecamp might be able to make off these premium addresses, assuming every single one gets scooped up.

There are hundreds of potential combinations of two-letter addresses, and that’s if you exclude numbers. For three letters, it jumps into the tens of thousands. That could be some serious revenue. Let’s assume 100 people buy two-letter addresses, 5,000 people buy three-letter ones, and then another 25,000 people pay the standard $99 a year. That comes out to a nearly $4.5 million annual business. That’s not too bad, even if Hey starts and remains a niche product. (Fried told The Verge he would be happy if Hey attracts 100,000 paying customers.)

We can assume at least some of the more popular ones will indeed get taken, as Hey has been in the works for years now and was, even prior to yesterday’s announcement, among the more talked-about new email providers in years. If anything, it’s a good marketing tool. Hey is a shiny new email provider that’s still trying to innovate in a space most consumers actively dread and that hasn’t seen a novel change in approach in years, outside the occasional new Gmail feature or whatever ProtonMail cooks up. Hearing about its exclusive addresses could at the very least bring in some new customers who might have otherwise never known Hey existed.