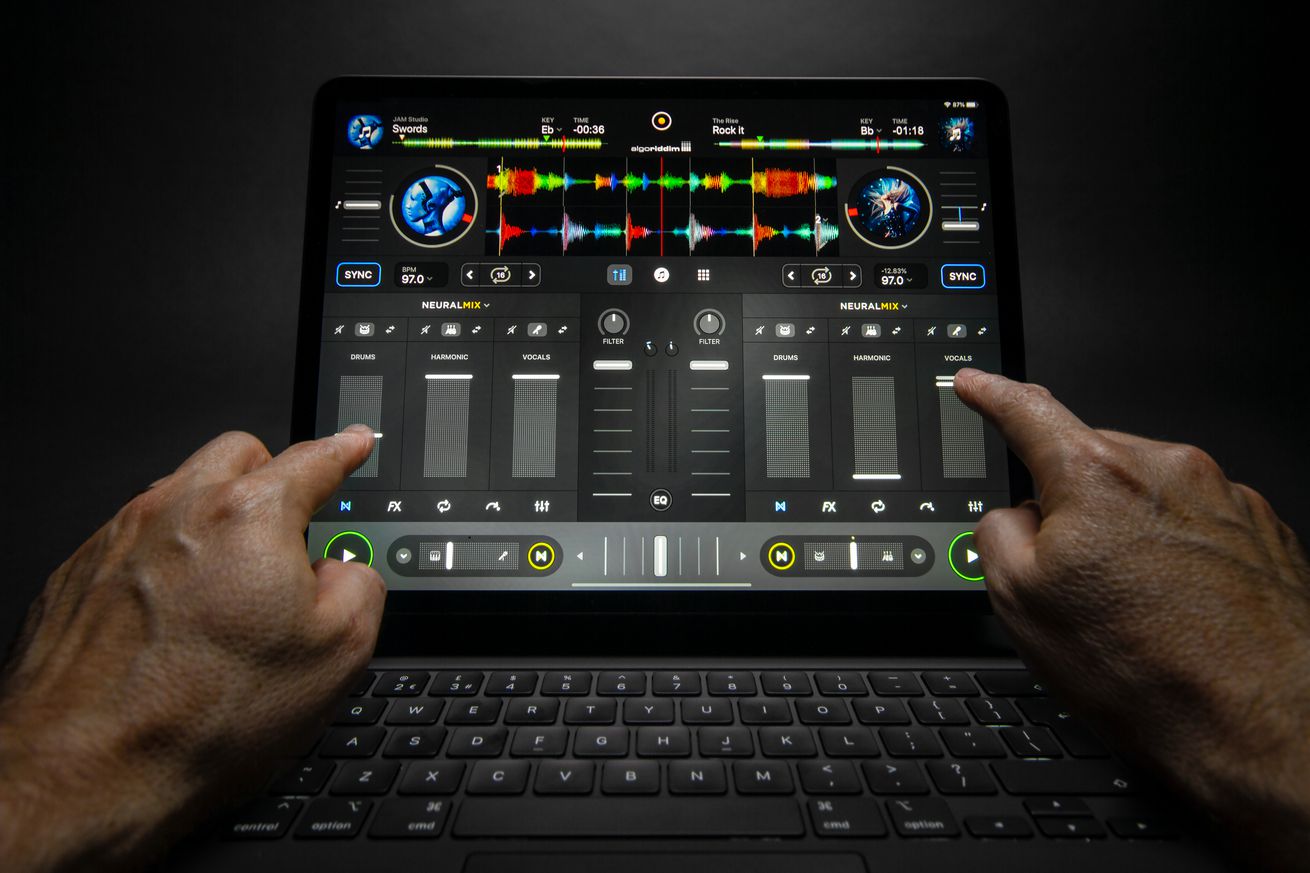 Algoriddim is adding an impressive new feature to its Djay app for iOS: a set of sliders that let you instantly fade out certain portions of whatever track you’re playing, letting you highlight just the drums, the vocal track, or all the instruments in between. Algoriddim says the feature works well with just about any genre of music you throw at it.

“Heavy metal maybe wasn’t the greatest,” Karim Morsy, Algoriddim’s CEO, told The Verge. “But I would say everything else is pretty spot on.”

There are already ways that DJs can attempt to isolate different portions of a song, but they aren’t particularly reliable. The best option is still to have the official stems from a track, giving DJs the isolated vocals, drums, and so on.

If you don’t have those files, Djay can now attempt to isolate different parts of a song using a mix of traditional filters and AI. Morsy said the problem with just filtering out specific audio frequencies is that every song is different. By training Algoriddim’s filtering system — which it calls NeuralMix — on different songs, Morsy said the app is able to better identify where the vocals or drums are in any given track and figure out how to isolate them.

I wasn’t able to test the feature myself (Algoriddim offered, but I don’t own a modern enough iOS device), so I can’t say how reliable it is. The company made the feature appear surprisingly capable in a demo video, with only a hint of the washed-out sound you often hear on heavily filtered audio.

Algoriddim is also confident enough that the company has retooled its Automix algorithm — a fun feature that automatically transitions between different songs in a playlist using a variety of effects — to take advantage of NeuralMix. It fades out the vocals on the current song before fading in the vocals on the next song so that they don’t clash, creating a smoother transition.

The feature works best on the latest iOS devices, Algoriddim said, but it’s still supposed to run fine on any iPhone or iPad with an A12 chip or later, which would include the iPhone XS. Djay is free to download, but access to “pro” features, including NeuralMix, require a $5-per-month paid subscription.