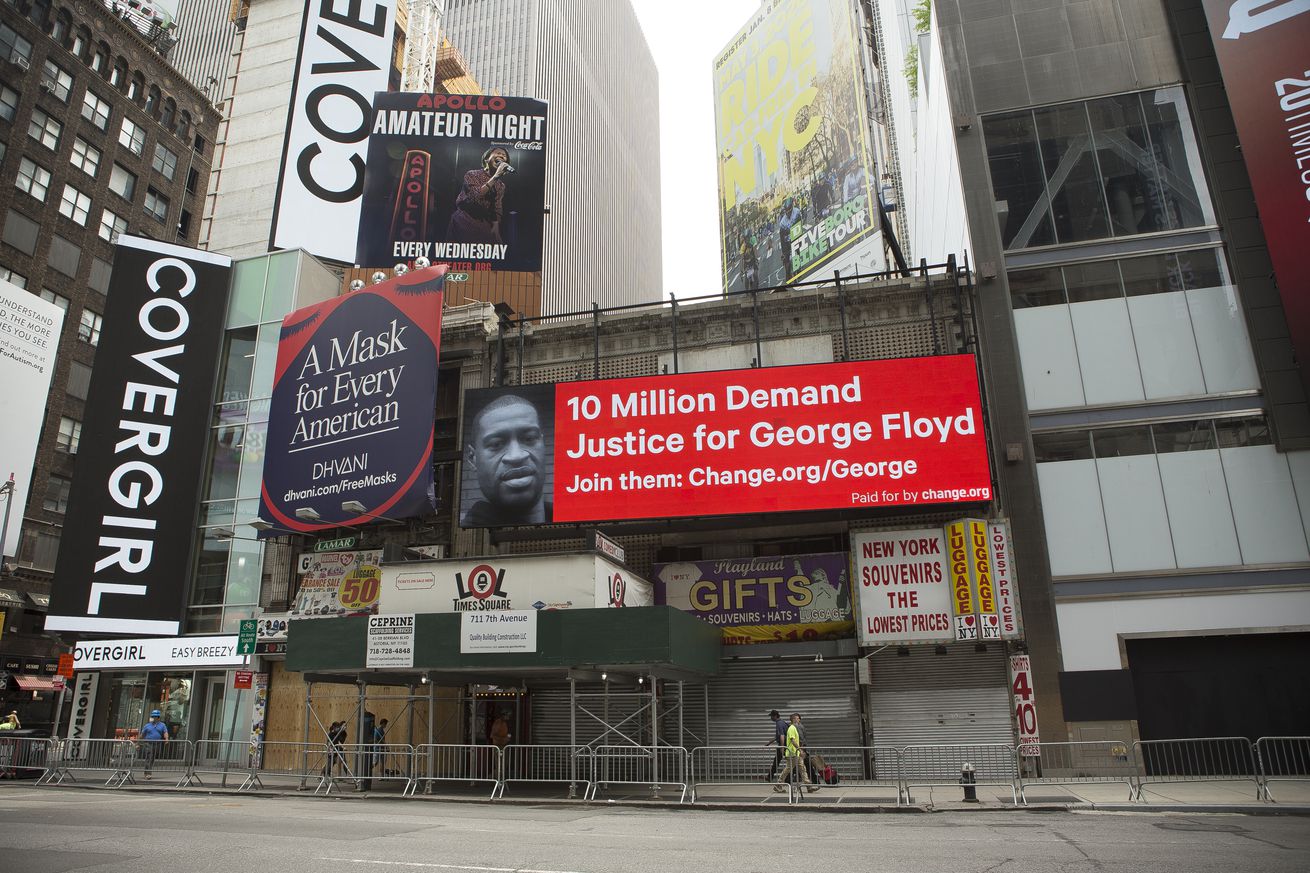 A Change.org petition demanding accountability for the killing of George Floyd has come under criticism for a misleading fundraising feature. In a Medium post on Tuesday, more than 90 former Change.org employees called on the company to donate any related funds to Floyd’s family and organizers rather than using the funds to promote the campaign itself.

“These actions constitute Change.org profiting from the death of Black people,” the Medium post reads. “We understand that’s a serious statement to levy, and we don’t take it lightly.”

Launched by activists shortly after Floyd’s death, the Change.org petition calls on Minneapolis Mayor Jacob Frey and local DA Mike Freeman to file charges against the police officers involved in Floyd’s death. Since the petition was launched, one officer was charged with second-degree murder while others have been fired. But as protests against police violence have escalated across the world, the petition has continued to grow, garnering more than 17 million signatures as of press time.

The criticisms arise from Change.org’s “chip in” feature, which seems to have caught some organizers by surprise. Once a user has added their name to a petition, they are invited to chip in a small donation to fund the further promotion of the campaign. For the Floyd petition, more than half a million people chipped in per a display on Change.org. This money funded more than 100 billboards across New York City and Minneapolis, each showing a picture of Floyd’s face and a link pointing back to the petition.

As critics see it, that money should have gone to Floyd’s family or the ongoing protest movement. “These contributions serve to market the petition and Change.org itself,” the Medium post argues, “siphoning resources away from organizations that are accountable to Black people and equipped to do deeper, long-term, community-based organizing.”

The chip in system is enabled by default, and it is unclear whether the petition’s organizers were aware these funds were being raised. The same system has caused confusion in the past, with organizers sometimes directly calling on backers not to donate and making clear that they will not have access to funds raised by their campaign.

Sometime after the Medium post was published, Change.org seems to have disabled the chip in function on the Floyd petition, so that it no longer requests money after signing.

Reached for comment, Change.org said it was taking the concerns seriously but declined to commit to donating the funds to an outside group.

“We take these requests from our former colleagues seriously,” a representative said. “Led by current Black staff, we’re actively listening and working on how that contribution can be of most service to the historic movements for racial justice taking action across our country right now.”