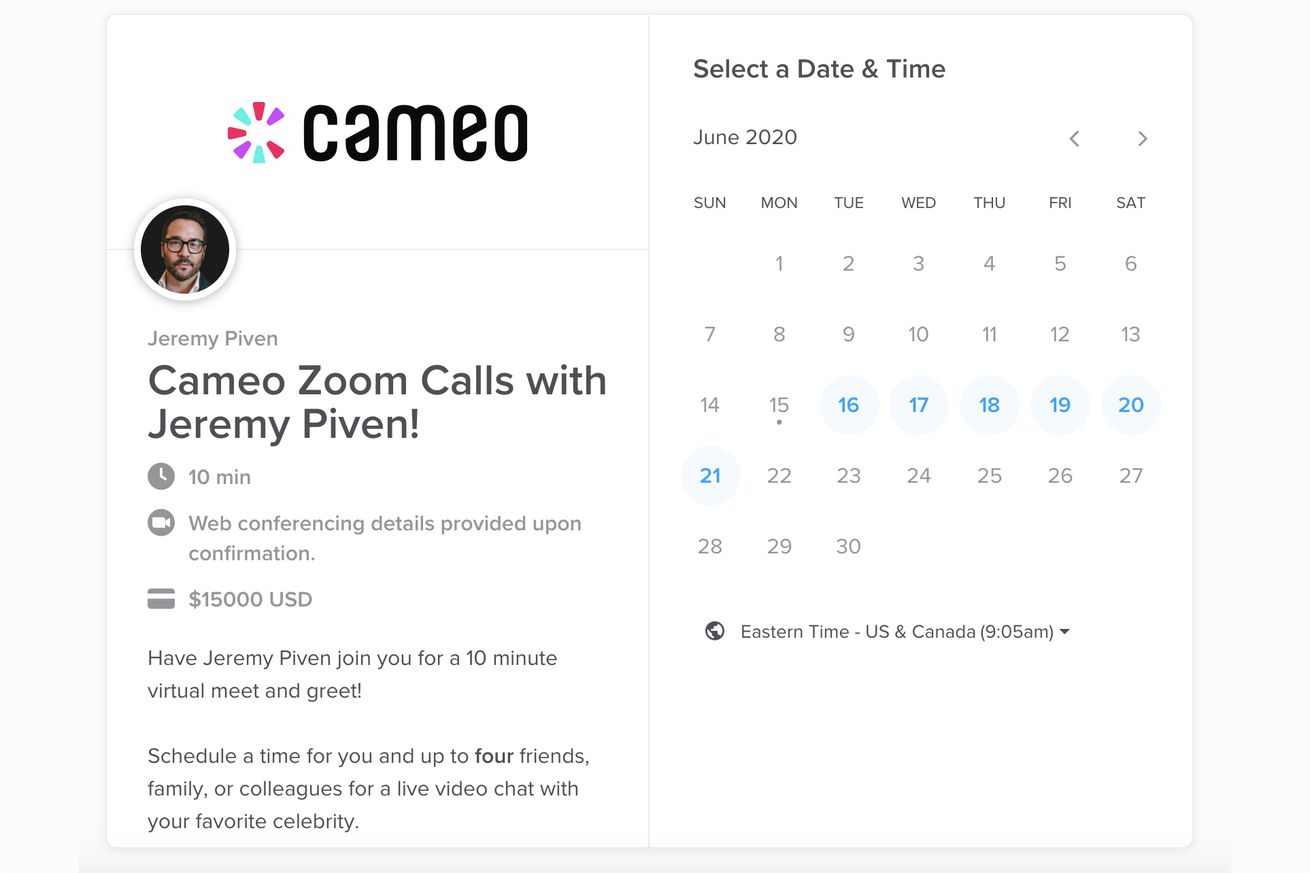 Cameo has a new way for fans to interact with celebrities: Zoom calls. The company launched a video call option over the weekend, called Cameo Live, where people can, instead of a prerecorded shout-out, book a 10-minute Zoom call with their favorite talent.

The prices are wildly more expensive than the usual Cameo videos, with stars like Jeremy Piven charging $15,000 for 10 minutes. (He charges $400 for a video shoutout.) Skateboarder Tony Hawk charges $1,000 for a Zoom call, and football player Brett Favre charges $5,000. Cameo says up to four additional friends or family can join the call, and people have up to 24 hours before the call to cancel. If the celebrity doesn’t show up, they’ll get a refund. Fifty stars have signed on to the feature for launch.

Prices range from hundreds to thousands of dollars

Cameo made its name with prerecorded video shoutouts, and the business garnered extra attention during the COVID-19 pandemic with people stuck at home and unable to see friends or family for birthdays or other occasions. Fast Company reported in March that talent sign-ups increased by 160 percent since the beginning of March with an 83 percent increase in bookings. The company also hosted its first live event called Cameo Cares that raised over $700,000 for COVID-19 relief.

Presumably, with people continuing to be stuck at home, Cameo-sanctioned Zoom calls could be a way for friends to chat with their favorite star while also having something to do for 10 minutes. On its website, Cameo also advertises something called group chats, where people will be able to pay $5 a month to be in a group chat with their favorite star and other fans. It hasn’t launched yet. The company seems to be coming up with more ways to serve fans, and virtual meet-and-greets take a cue from in-person events like Comic-Con. Cameo just has even more of an opportunity to facilitate these meetings because of the broader stay-at-home orders in place around the world.