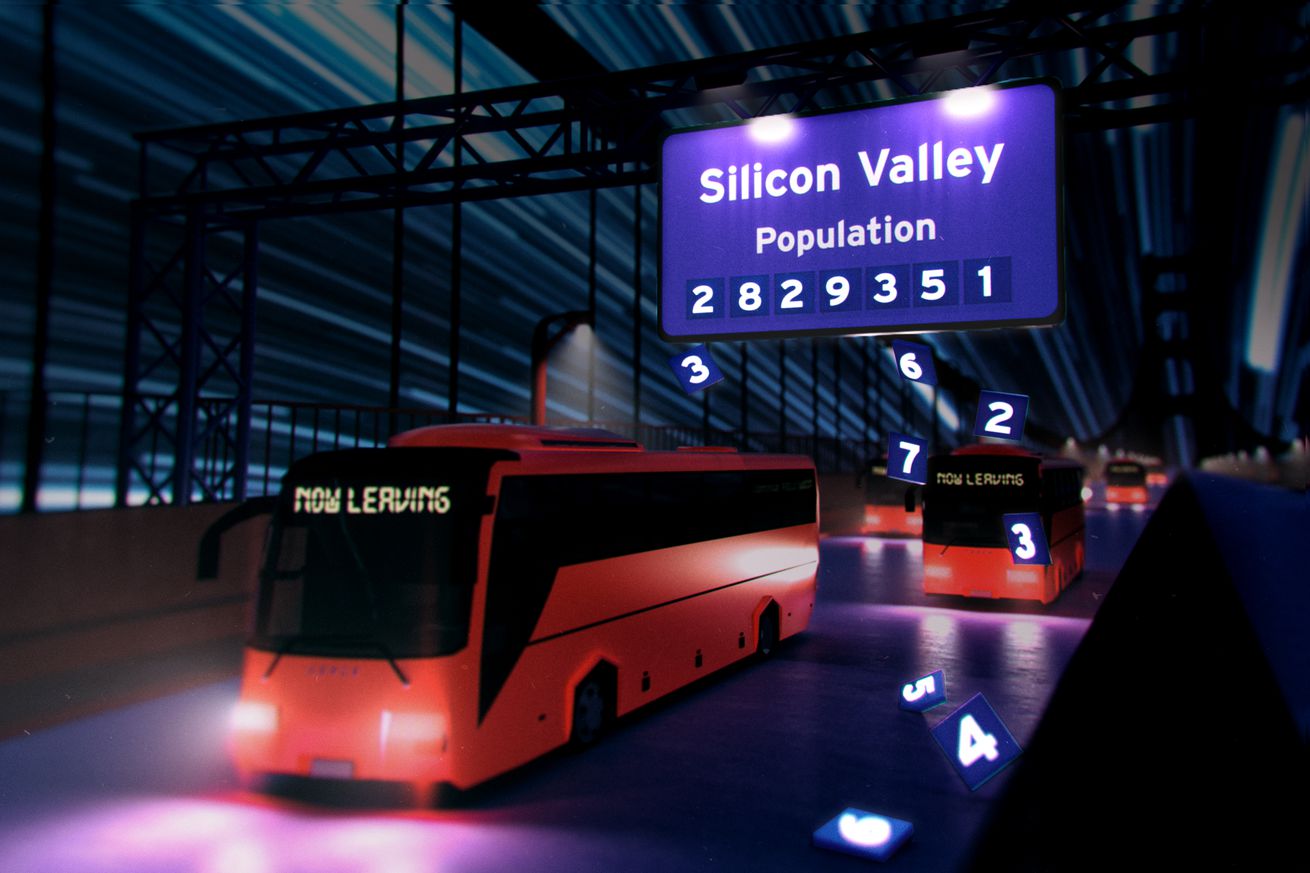 How an exodus of tech workers could reshape Silicon Valley

“I have no attachment to this city,” says a current Google employee who worked in the Mountain View office but has been remote since the pandemic. “It’s a very transient place — it’s a stop gap. If it was more affordable, if there weren’t homelessness issues, would I consider settling down here? Sure. But from my very first weeks in San Francisco I wanted to leave.”

“I have no attachment to this city.”

While the pandemic has widened the already yawning gap between tech workers and everyone else, it’s also created an opening for tech companies to go fully remote. In May, Twitter and Square announced employees could work from home forever, and Facebook followed suit shortly after. Now, two out of three techies say they might leave the Bay Area if their companies allow.

The possibility has sparked a variety of think pieces about how a tech exodus could reshape Silicon Valley. Already, restaurants that catered to the downtown lunch crowd have been forced to close, and public transit agencies are struggling to survive without riders. Even the housing market — one of the region’s most expensive and intractable problems — has seen prices fall ever so slightly.

It’s too early to tell whether the work from home trend will extend beyond a few companies to reshape the fabric of Silicon Valley. While Twitter, Square, and Facebook are going all-in on remote work, companies like Google and Salesforce are extending work from home options for the rest of the year with plans to reopen in 2021.

“They don’t even want us here.”

If working from home becomes an attractive perk in the ultra-competitive hiring market for tech workers, however, these companies may have no choice. Google famously discouraged remote work in the past. Now, employees are pushing for more flexibility post pandemic, citing the unaffordable housing market and local hostility toward tech workers. “They don’t even want us here — there are so many complaints in the Bay Area about tech workers,” says the Mountain View employee. “I see this as a win-win all around. You’re pulling out people who don’t want to be here, and loosening up the housing pressure.”

On internal email threads reviewed by The Verge, Google employees have been discussing what a shift to remote work would look like. “For renters like myself, WFH [work from home] would be a huge financial boon as I could dramatically reduce my housing costs,” one employee wrote. “So…you’re saying that you (and presumably other renters) would be better off also if Google would allow us to WFH?” a co-worker responded. “So you’d support the push to allow permanent WFH? :)”

Some Google employees aren’t waiting for the company to make a call. The worker in Mountain View told The Verge they’ve already moved to Santa Fe — without even letting their boss know. “I love my job,” the worker says. “But I strongly dislike San Francisco, and now I don’t have to go back.”

Experts are cautioning this might be an anomaly. “Will someone who works at Twitter and lives in downtown San Francisco get up and move to Idaho? I don’t think so,” says Sarah Karlinsky, a senior adviser at the San Francisco Bay Area Planning and Urban Research Association (SPUR). “I think it’ll be a five to 10 year process of shaking out what this all means.”

Affordable housing loans also come with restrictions that mandate the units remain within reach of low-income renters. If the developer defaults on their loans, however, the restrictions could go away. The result would be even less affordable housing in the Bay Area than what already exists.

“We never really got business from Google.”

In Mountain View, Joseph Shatara is already feeling the loss of Facebook shutting its doors. He owns Baji’s Cafe, a breakfast and lunch spot that’s been around since 1980 and recently catered to the social network’s employees. While Shatara was able to secure a Paycheck Protection Program (PPP) loan from the federal government, he’s not sure if the restaurant will survive. “We would be out of business permanently if not for the PPP,” he says. When asked if Google going remote would make things worse, however, he says no. “As far as I can tell we never really got business from Google,” he says. “They have all their catered lunches.”

In Washington, there are already signs that the work from home push could extend beyond the Bay Area. One engineering manager at Google’s Kirkland office told The Verge that he plans to move to Hawaii if the company allows. If not, he’d consider switching jobs. “I was open about this with my manager,” he says. “If Twitter came to me and said look I’ll give you 80 percent of your current salary but you can work from home forever, I would do that.”

Google CEO Sundar Pichai is aware of the pressure. In a recent all-hands meeting, audio of which was leaked to The Verge, he told employees that he could see the company taking a similar approach to Facebook and becoming more flexible about remote work over the next 10 years.

“In some ways, I view this as a big opportunity,” he said. “As a company, we’ve always embraced distributed work. From a personal example, Chrome was built in over 30 offices.” Pichai’s response was vague — a sign that Google was still thinking through the idea. Nowhere in his answer did he mention how it might affect the local landscape.