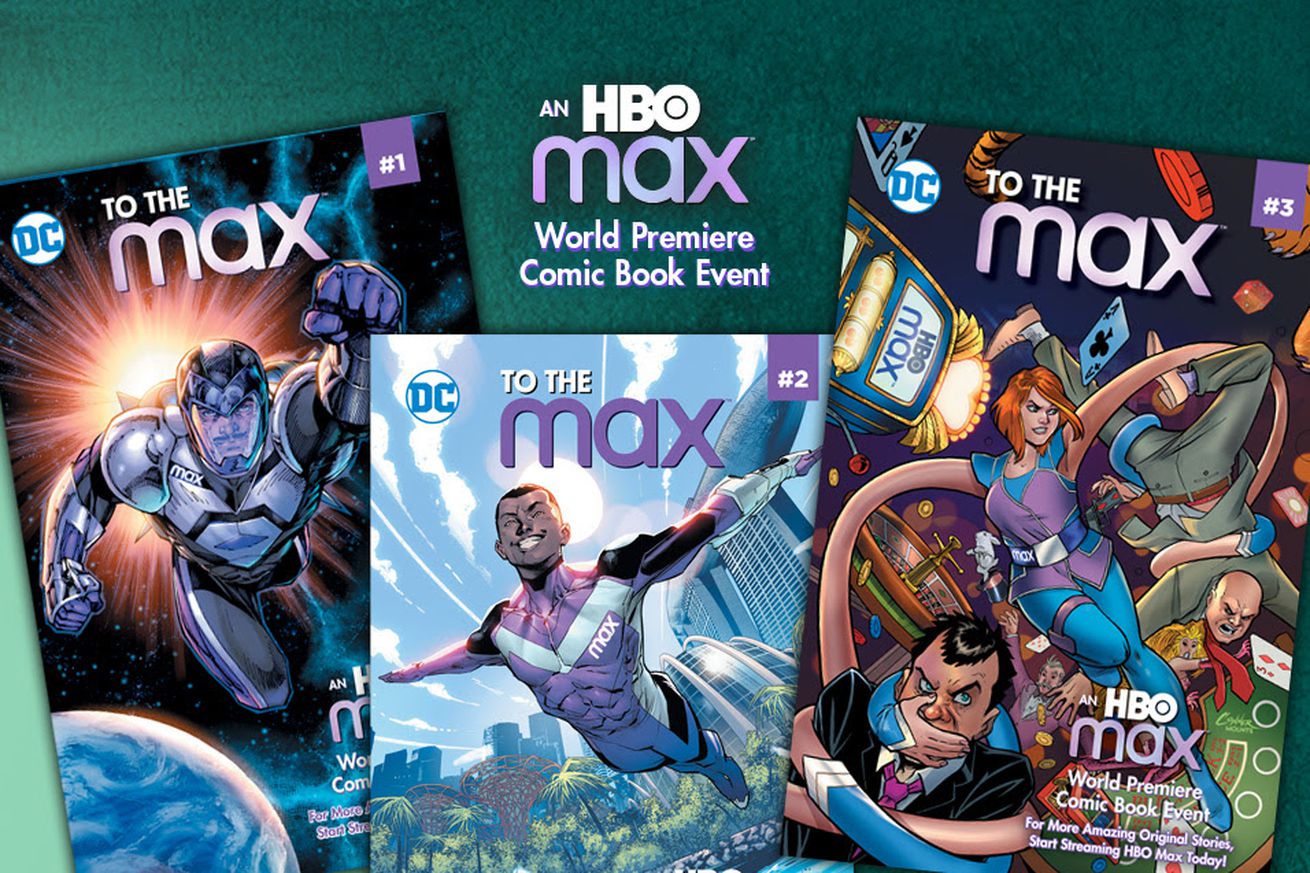 I don’t think of streaming services as heroes, mostly because streaming services are not real people, and most of them are owned by multibillion-dollar conglomerates with no interest in saving the world. But AT&T and WarnerMedia want to change that by fashioning their new platform HBO Max as a superhero team.

A new comic book launched by DC Comics in partnership with WarnerMedia, To The Max will “feature stories about ordinary people achieving their maximum potential when they transform into extraordinary superheroes with the help of another new character, ‘Max the dog.’” An important note: WarnerMedia phrases the new comic book as a partnership in the press release, but WarnerMedia owns DC Comics and AT&T owns WarnerMedia, making this less a “partnership” and more a perfect example of the soullessness of corporate synergy.

Let’s get into the real nitty-gritty dumbness of this series: the superheroes are named Hector, Brian, and Olivia because the first letter of their names spells out HBO. They’re already pretty cool, but when they meet Max the Dog, they become invincible. If you read that as, “HBO sure is neat, but HBO Max seems really cool,” then AT&T accomplished its marketing goal. Here are some of the stories the comics are going to tell, all with HBO Max branding littered throughout the pages:

The comics are designed to celebrate the launch of HBO Max (clearly), and as such are “chock-full of Easter Eggs and fun nods to much of the 10,000 hours of premium content currently available on the streaming platform such as Friends, HBO’s Game of Thrones, The Big Bang Theory, HBO’s Sex and the City, Scooby-Doo and more.”

What does that even mean? Is Brian going to yell “Bazinga” after he’s done removing the mask off a villain? Will said villain yell, “I would have gotten away with it too if it wasn’t for you meddling kids” while Cersei Lannister sits watching from the Iron Throne?

The most egregious element of this whole premise is that it’s not dumb enough. It’s trying to be an actual thing when it could just be a satirical take on corporate synergy, but maybe I’m giving AT&T too much credit.

Look — corporate synergy happens. AT&T remembered that it (and by AT&T, I am including WarnerMedia) owned a comic book company and thought it was a good way to spread the word about HBO Max. Comic books are just so hot right now, one AT&T executive probably said to another. Just lean into the absurdity of it all! Have Hector and Brian argue over what Game of Thrones faction is better while watching the show on HBO Max. Instead, it’s this: “The comics embody the theme that HBO Max has something for everyone and that everyone can be their own superhero and take themselves to the max!”

Also, is this hero (or villain?) drawn as an ode to Henry Cavill’s Superman mustache controversy from Justice League? Is this the real Snyder Cut?