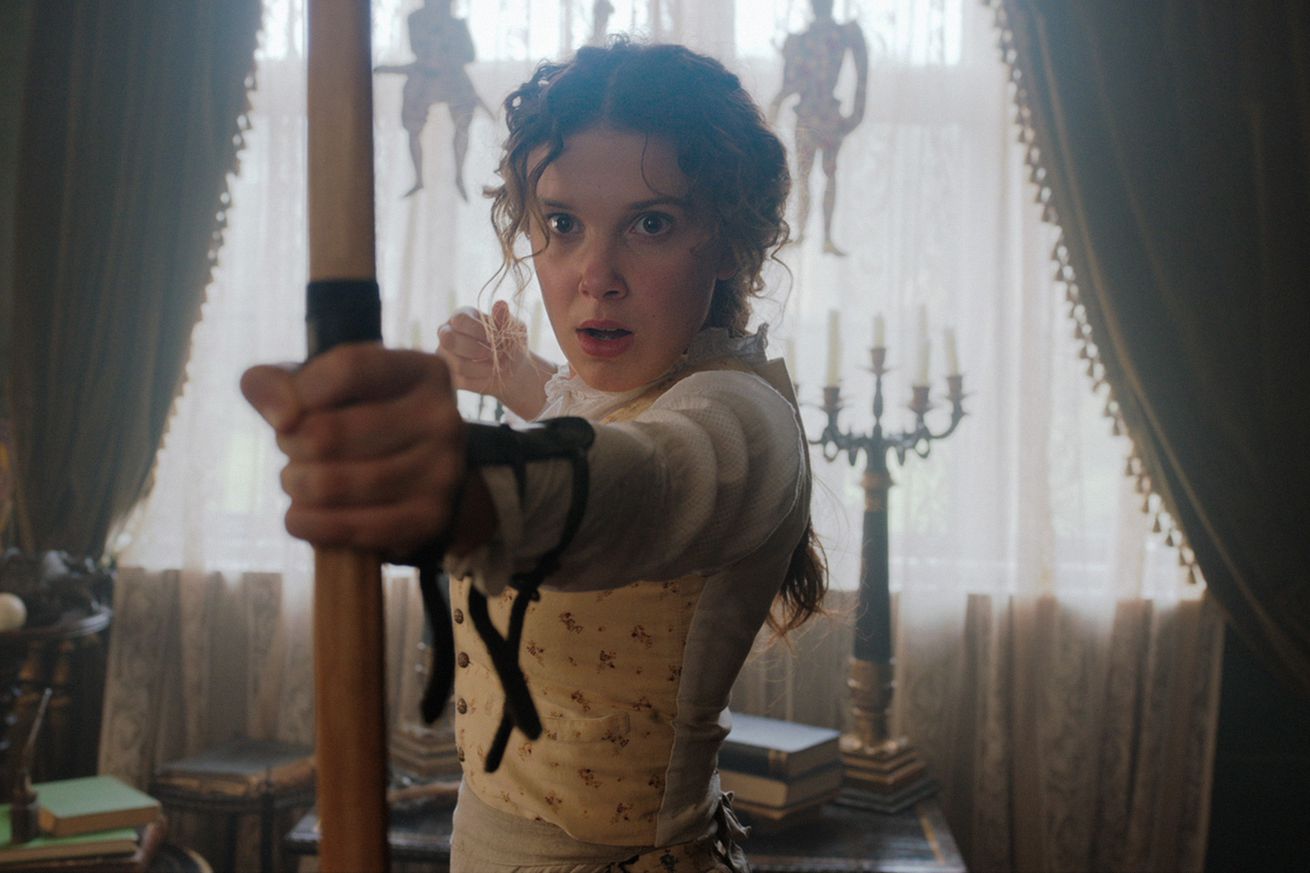 Enola Holmes is based on a series of novels by Nancy Springer starring a newly created teenage sister of the famous detective. They feature many elements from Doyle’s Sherlock Holmes stories, and most of these elements aren’t covered by copyright, thanks to a series of court rulings in the early 2010s. Details from 10 stories, however, are still owned by Doyle’s estate. The estate argues that Springer’s books — and by extension Netflix’s adaptation — draw key elements from those stories. It’s suing not only Netflix, but Springer, her publisher Penguin Random House, and the film’s production company for unspecified financial damages.

The Doyle estate made a similar argument five years ago in a lawsuit against Miramax for its film Mr. Holmes — among other things, it claimed Mr. Holmes included plot details about Holmes’ retirement, which only happens in the final stories. But its new argument is a lot more abstract: basically, if this movie wants Sherlock Holmes to express emotions, its creators need to pay up.

The complaint alleges that in the public domain stories, Holmes is famously “aloof and unemotional.” Then, that changed because of his creator’s life experiences:

After the stories that are now in the public domain, and before the Copyrighted Stories, the Great War happened. In World War I Conan Doyle lost his eldest son, Arthur Alleyne Kingsley. Four months later he lost his brother, Brigadier-general Innes Doyle. When Conan Doyle came back to Holmes in the Copyrighted Stories between 1923 and 1927, it was no longer enough that the Holmes character was the most brilliant rational and analytical mind. Holmes needed to be human. The character needed to develop human connection and empathy.

Conan Doyle made the surprising artistic decision to have his most famous character—known around the world as a brain without a heart—develop into a character with a heart. Holmes became warmer. He became capable of friendship. He could express emotion. He began to respect women.

He also starts liking dogs, which a judge actually has described as a potentially protected trait.

So the estate now says Springer and Netflix are basing Enola Holmes on the personality that’s still protected. And the new personality’s key traits include relating to other people and reacting with “warmth and emotion” to a female character who happens to be his immediate family — in other words, some of the most basic updates any author might make to a century-old character. The complaint even includes some fun literary analysis about what a hardcore jerk the original Holmes was:

His closest companion, Watson, revered Holmes and was generous in his admiration. But to Holmes, Watson was utilitarian — to be employed when useful, then set aside. Holmes did not treat Watson with warmth. Holmes told him, “You have a grand gift for silence, Watson. It makes you quite invaluable as a companion.” (“The Man with the Twisted Lip.”) Holmes did not even congratulate Watson when Watson told Holmes he was going to marry Holmes’s client Mary Morstan.

Hilariously, it also suggests the copyright specifically covers Sherlock Holmes caring if Watson is injured or kidnapped — which may come as a surprise to the characters’ massive fanfiction following.