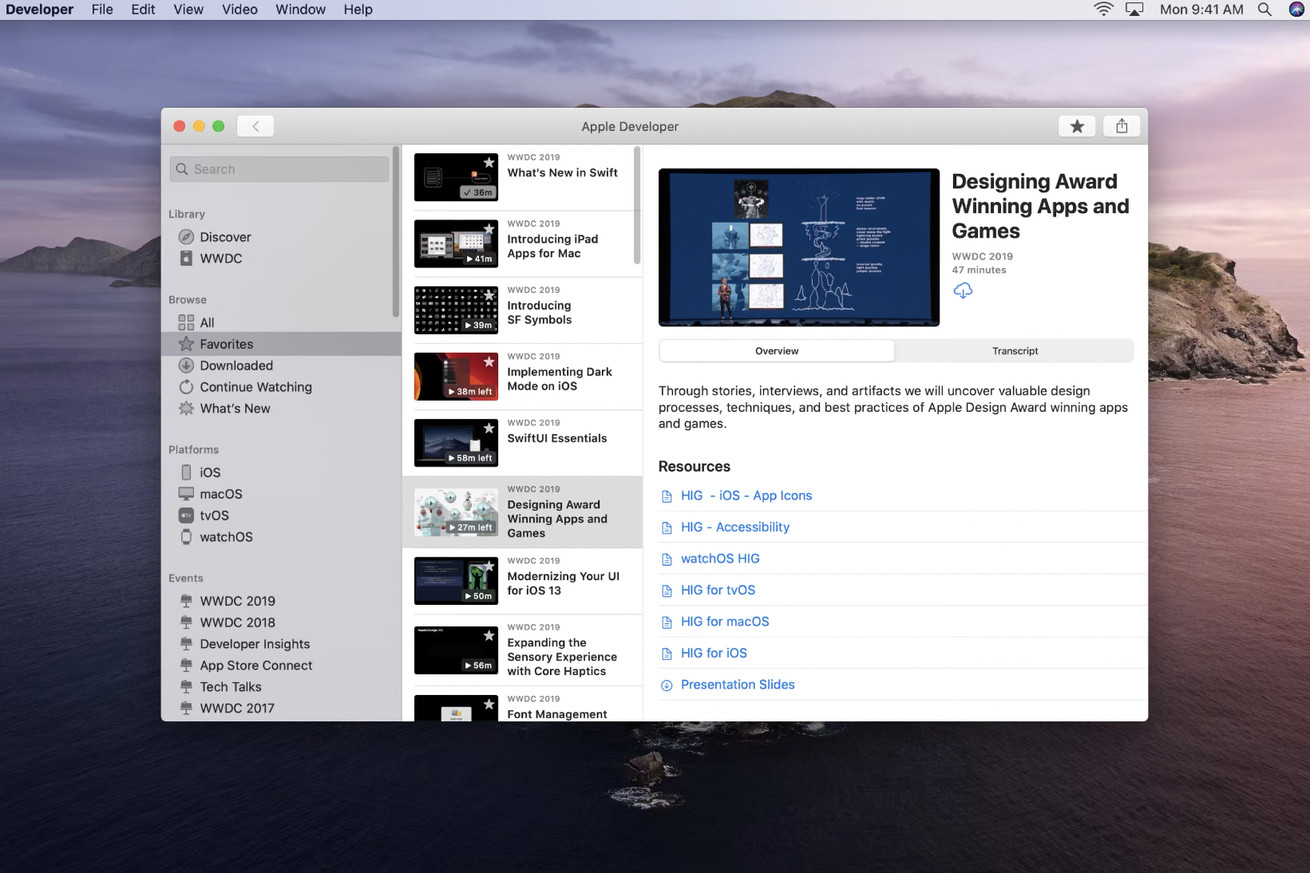 Apple has released a Mac version of its Apple Developer app, a week before its Worldwide Developers Conference kicks off. Apple initially launched the app in late 2019, but it was only available to iPhone, iPad, and Apple TV users.

Much like the iOS version, the macOS version of the Developer app provides various resources from developer-related news to videos showcasing new features for Apple operating systems. The update also adds a new interface to search for previous WWDC sessions, as well as the ability to download and favorite content you are interested in viewing later. The app is also another option for those to tune in to the upcoming WWDC event, which Apple announced will be online-only this year, with the event set for June 22nd through June 26th.

Apple’s WWDC is held annually and allows the tech giant to debut its new software. Typically, the event consists of a large in-person conference that spans a week.