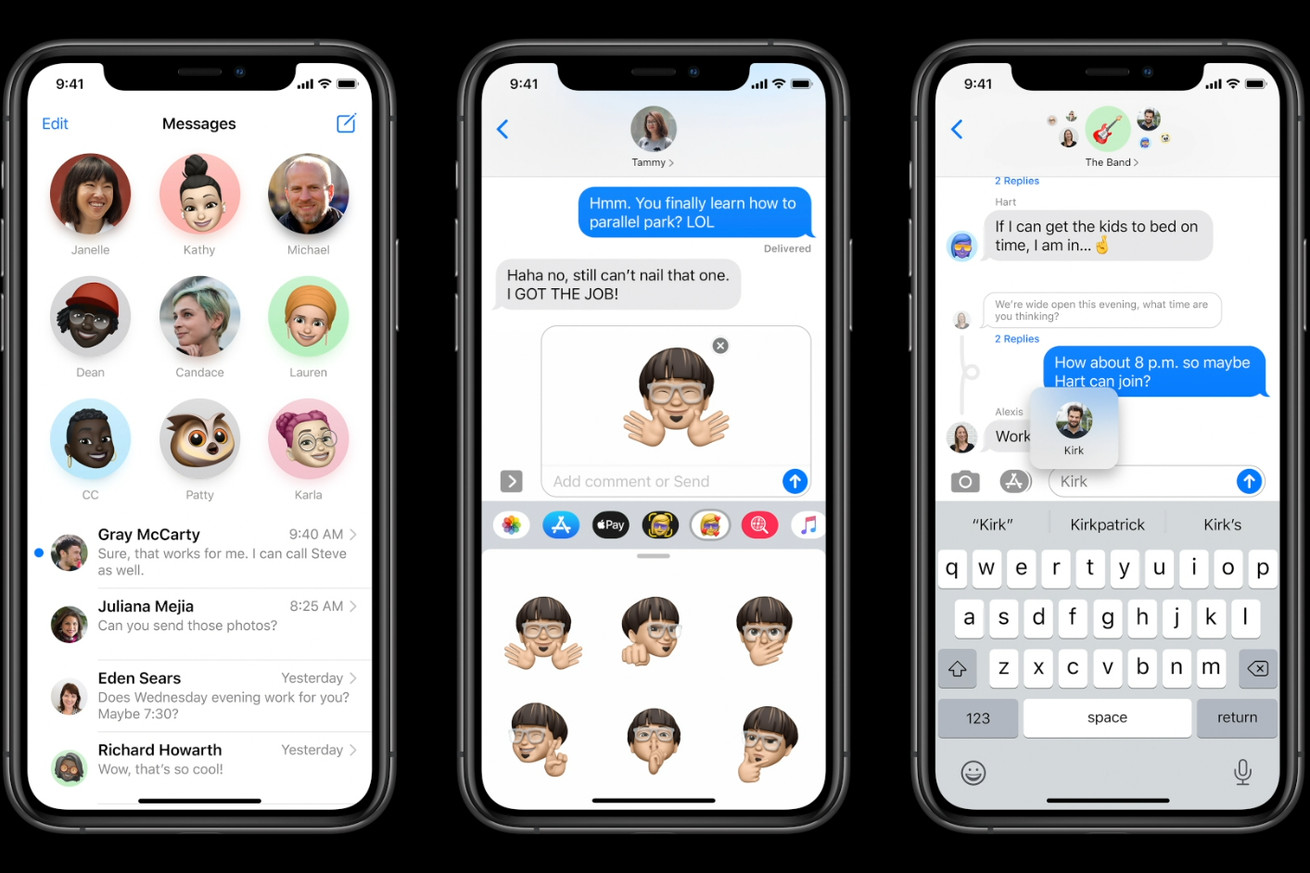 With iOS 14, Apple is introducing a couple of interesting new features for its Messages app. The biggest of these will benefit your group messages, with support for inline replies and better notification options. Apple also announced that you’ll be able to pin your most important chats, and it’s adding new Memoji options.

Apple says that its new group reply options should make it easier to follow conversations in group chats. Rather than having every message respond to the group chat as a whole, its inline replies feature lets you respond to specific messages and start a conversation thread that’s viewable separately from the main group chat. You’ll also be able to alter a group chat’s settings so that you only receive a notification when you’re specifically mentioned.

The interface for group chats is also getting a redesign. At the top of a chat, you’ll see a collection of people’s profile pictures with the most active participants’ photos shown largest, or you can replace it with a single group chat icon.

You’ll soon also be able to pin your most important chats in Messages. These will then appear at the top of the Messages app in their own section.

Finally, Apple is also adding a series of new Memoji for use in Messages. Apple says it’s adding 20 new hair and headwear styles, along with face coverings. There are new age options, as well as three new Memoji sticker options: hug, fist bump, and blush.