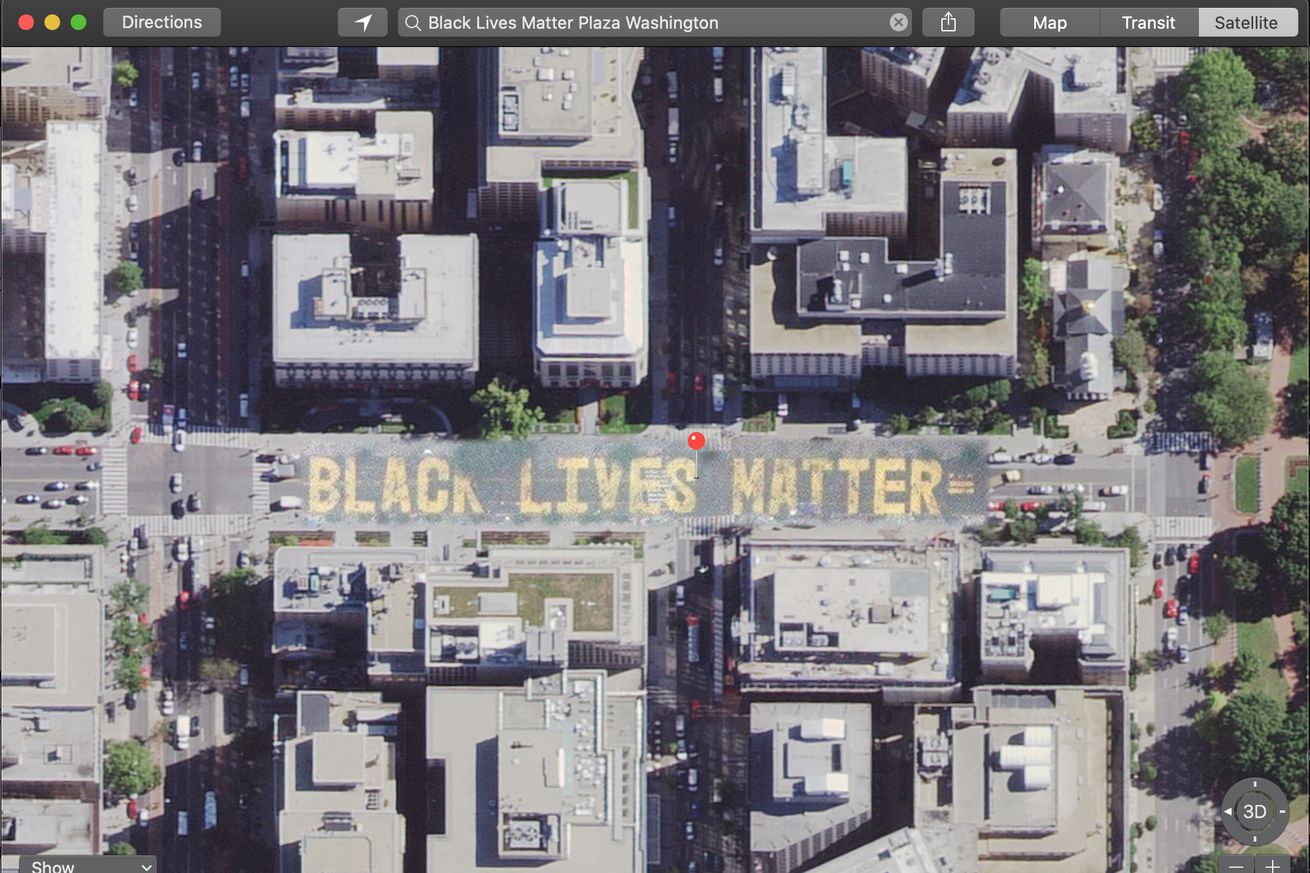 Apple has updated the satellite imagery in its maps app to include Washington DC’s new Black Lives Matter mural. The mural takes over two blocks of 16th Street near the White House, since renamed Black Lives Matter Plaza by DC mayor Muriel Bowser.

Notably, Apple appears to have patched its existing satellite imagery to show the new mural, leaving the surrounding area around as it was, as noted by app sleuth Jane Manchun Wong. That suggests a fast-track update outside of normal refresh cycles. Google Maps shows the renamed plaza but not the new mural in its satellite imagery.

(notice how the cars partially fade out at the edges, and that this part is noticeably grainy than the rest) pic.twitter.com/lXIGf5AKOj

The mural was revealed on Friday as a message of support and solidarity with Americans protesting police brutality after George Floyd was killed by police in Minneapolis. It’s also a highly defiant gesture by Mayor Bowser towards President Trump who has sparred with the mayor over how best to respond to protestors. The mural ends at St. John’s Episcopal Church, where Trump staged a photo op holding a bible, immediately after officers forcefully cleared peaceful demonstrators, including the priests of St. John’s, using tear gas and riot shields.

The mural was described as “a powerful work of art” by US Representative John Lewis. The 80-year-old civil rights icon said he was so moved that he “wanted to see it in person,” reports CNN, despite his Stage 4 cancer.