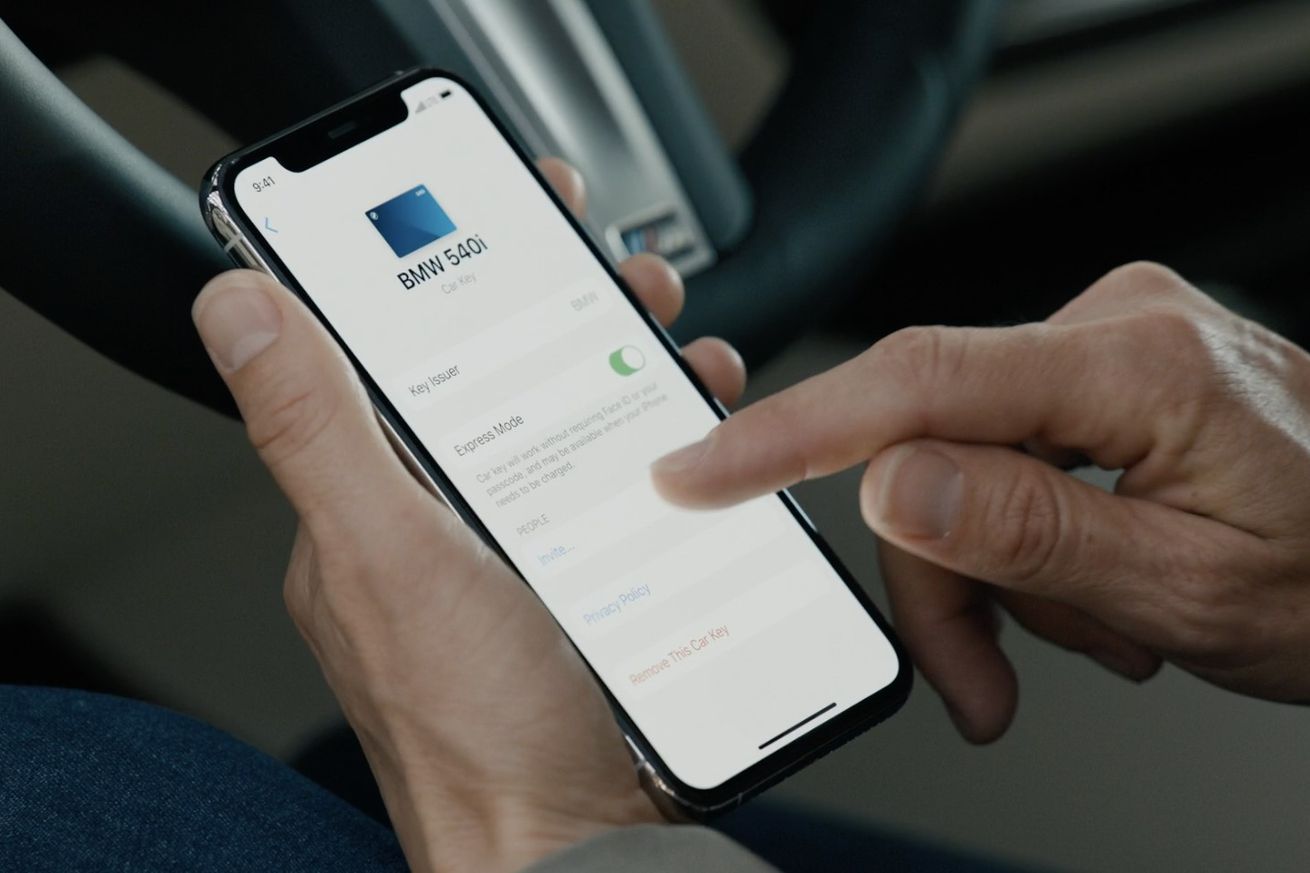 Apple today announced CarKey, a way to wirelessly unlock your car with your iPhone, at its at Worldwide Developers Conference. The feature is part of the newly revealed iOS 14, and it will work over NFC, Apple says. The first car supported will be the new 2021 BMW 5 series, which comes out next month, and Apple says its working on an industry-wide standard that would use its new U1 ultra wideband chip instead of relying solely on NFC.

Once you’ve paired your iPhone or Apple Watch with a car that supports CarKey, if you want to unlock your car, you’ll just need to hold your Apple device near an NFC reader that’s in your car (for example, in the car’s door handle). You’ll be asked to authenticate with Face ID or Touch ID before the car unlocks, or you can set up Express Mode to skip biometric authentication. You can also share access with others via iMessage. Apple says the feature will support iOS 13 as well.

Other carmakers already offer digital keys that have similar functionality, but they’re separate apps, not baked directly into Apple’s operating systems, with all of the advantages that can provide. Having a central place in iOS for car keys could also allow you to keep digital keys for multiple cars in one place.

CarKey could be using the Car Connectivity Consortium’s Digital Key Release 2.0 specification, which was officially finalized in May. The specification “leverages Near Field Communication (NFC) technology for contactless communication between smartphones and vehicles, and supports a scalable architecture for mass adoption while reducing costs.” Apple’s SK Yong, who is a manager of wireless technologies and ecosystems at the company, according to his LinkedIn, is listed as a director on the Consortium’s board.

Emily Schubert, whose job title on LinkedIn is engineering manager, car experience at Apple, is listed as Yong’s alternate. Her name, interestingly, is on an Apple patent for using a “portable computing device” for locating a vehicle.